With already high rates of angiography, medication, and rehab in controls, researchers urge continued use of risk stratification. 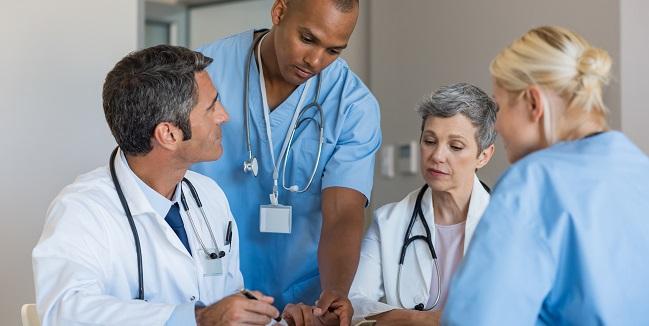 PARIS, France—Routine implementation of the GRACE risk score at a selection of Australian hospitals did not increase the use of guideline-recommended treatments for ACS patients compared with standard care, according to a new cluster-randomized analysis. But the researchers attribute their findings to better-than-expected performance among control sites, saying they shouldn’t dissuade clinicians from using risk-stratification tools.

To gauge the GRACE risk tool’s efficacy in encouraging inpatient angiography, prescription of guideline-recommended medications, and referral to cardiac rehab following ACS, Brieger and colleagues assessed the management of 1,403 high-risk ACS patients from the CONCORDANCE registry. Patients were treated at 24 hospitals designated as either controls or intervention centers and had survived to hospital discharge.

There was no difference in the primary endpoint—a mean aggregated performance score ranging from 0 to 3 based on the use of angiography; prescription of at least four of five drugs (aspirin, P2Y12 inhibitor, statin, beta-blocker, and ACE inhibitor/angiotensin receptor blocker); and referral for cardiac rehab—between patients treated at the study and control hospitals (2.42 vs 2.36; P = 0.75). Notably, the angiography rate was higher in the study sites (91% vs 85%; P = 0.01), but still was “very high” in the control centers. Individually, medication adherence (74% vs 75%; P = 0.79) and cardiac rehab referral (77% vs 76%; P = 0.87) were also similarly high in both groups.

At 6 months, there was no difference in the secondary endpoint of cardiac death, MI, and hospitalization for heart failure (6.4% vs 6.8%; P = 0.86). Cardiac death alone was lower in the study group (0.4% vs 2.0%; P < 0.01), but Brieger cautioned that because of how small the numbers were, this result “should be interpreted with caution.”

In discussion following the presentation, session co-moderator Alaide Chieffo, MD (San Raffaele Scientific Institute, Milan, Italy), questioned the researchers’ intentions when it came to grouping medication adherence and rehab referral with angiography in their primary endpoint. “I would not have expected a difference in hospital care and management of drugs in ACS or in access to rehab,” she said. “Honestly, putting together the three endpoints, I would have suspected the trial was going to be negative.”

Brieger acknowledged that in hindsight he now has the same views. However, preliminary data informing the study’s design had suggested that these actions were “suboptimal in Australian hospitals,” he said.

Previous hypotheses have suggested that guideline-recommended medications weren’t given because of physician lack of knowledge, but “this study suggested there may be another obstacle,” Brieger said. As for rehabilitation, because rates in Australia tend to fall between 30% and 50%, “when we saw a prescription rate of 75% we were very surprised,” he said.

It’s also possible that the fact that the researchers asked for informed consent from both the patients and hospitals could have influenced the study results, suggested session co-moderator Pascal Vranckx, MD, PhD (Hartcentrum Hasselt, Belgium).

“That may well have contributed,” Brieger said. “There are other factors operating also. It turned out that when we selected our concordant sites to participate, we had 45 sites who were collecting data [but] only 24 of them agreed. The 24 that agreed tended to be better-performing sites, which I think is part of the reason why our control arm did better than expected. The other good news I guess from what our data showed is that things have improved in Australia over the last decade. Access to angiography is far better than it was 10 years ago, and our data suggests that rehab and secondary prevention is also better.”