The large analysis of patients in England and Wales suggests many deaths among women could be prevented if they were treated the same as men. 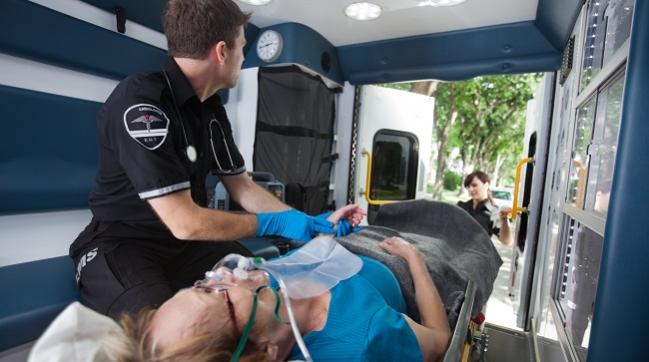 Women who experience acute MI are less likely than men to receive timely, guideline-indicated testing, therapies, and secondary prevention, according to a large study of patients treated in the United Kingdom over a 10-year period. The researchers conclude that more than 8,000 deaths among women could have been prevented during that time if all patients had received the same quality care regardless of gender.

In an email, the study’s senior author expressed surprise at the size and scope of preventable mortality among women.

“However, our earlier research had shown that the nondelivery of guideline-recommended care for NSTEMI heart attack over a 10-year period in the UK had also identified many potentially avoidable deaths,” noted Chris P. Gale, MD (University of Leeds, England).

The new study, published online November 23, 2018, ahead of print in Heart, included data from the Myocardial Ischemia National Audit Project (MINAP) on 691,290 hospitalizations for acute MI in England and Wales between 2003 and 2013. Gale and colleagues, led by Chris Wilkinson, MD (University of Leeds), mapped quality indicators developed by the European Society of Cardiology (ESC) to MINAP patients in order to better understand sex-dependent inequalities in acute MI care.

Although the existence of gender differences in this area is well known, Wilkinson and colleagues say the results of their study highlight missed opportunities to provide women with the same evidence-based care as men and, in doing so, to save their lives.

For his part, Gale said it is important to “be mindful that the results suggest that it is not just the delivery of care that is important—there are likely to be other factors at play—that is biology and bias. We also know that women can present later to hospital, typically are older and more comorbid when they have a heart attack, and that they more often have [myocardial infarction with nonobstructive coronary arteries (MINOCA)].”

Indeed, in an editorial accompanying the study, Janet Wei, MD (Cedars-Sinai Smidt Heart Institute, Los Angeles, CA), and colleagues say knowledge gaps with regard to MI with MINOCA may be contributing “to therapeutic inconsistency among practitioners in treating these women.” Other biological differences between men and women, such as the latter being less likely to have a culprit lesion identified at the time of angiography, also may drive the differences in administration of and response to guideline-based therapy for acute MI, they add.

The study found that compared with men, women were an average of 9.6 years older, more frequently had NSTEMI, and were more often classified as high ischemic risk according to the GRACE score.

In all, women were less likely than men to attain 13 of the 16 ESC quality indicators. This included less timely reperfusion therapy for STEMI (76.8% vs 78.9%), less timely coronary angiography for non-STEMI (24.2% vs 36.7%), and longer time from diagnosis to wire passage (median 46 vs 44 min; P < 0.001 for all). Among the other inequalities compared with men were:

Among all the quality indicators, the one with the greatest discrepancy between men and women was angiography within 72 hours, which was achieved at a rate 12.5% lower for women.

The study authors say the impact of the GRACE score on outcomes “suggests possible scope for improvement in in-hospital treatment for women with AMI.”

To TCTMD, Gale said the findings are likely generalizable outside of the United Kingdom. “Indeed, our earlier research using the Swedish national data (SWEDEHEART) found that women with heart attack had a high risk of excess deaths compared with men, and that this risk difference was reduced when we considered the underprovision of heart attack treatments for women,” he added.

Wei and colleagues maintain that protocolized care is the answer needed to address both biology and bias in the treatment of women with acute MI. Data support the idea that networks focused on improving emergency service recognition of STEMI and protocols that facilitate rapid transfer to PCI-capable hospitals optimize STEMI outcomes for both sexes, they note. Anecdotally, there are suggestions that multistep protocols implemented by individual hospitals have resulted in elimination of sex differences. One example of this noted by Wei and colleagues is a four-step protocol implemented by the Cleveland Clinic that included emergency department cath lab activation, a STEMI Safe Handoff Checklist, immediate transfer to an immediately-available cath lab, and use of the radial-first approach.

Wei and colleagues propose that the quality indicator metrics mapped in the current study “can be used as a checklist with goals to improve AMI outcomes for women (and men),” due to the fact that they are “both measurable and achievable given prior experience with protocolized care . . .” While not intended to be comprehensive, Wei and colleagues view the checklist as a good starting point for achievable care metrics.

“To an extent this would help,” Gale responded. “However, a public awareness campaign would highlight opportunities to influence cardiovascular risk factors, heart attack symptoms, and when and how to seek help.”