The study should prompt an “educational paradigm shift” in physicians to admit that antiplatelet agents are riskier than once thought, one expert says. 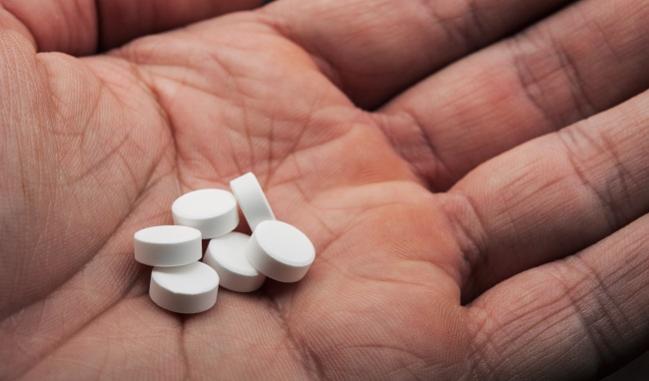 Patients with atrial fibrillation who are prescribed triple therapy with either a vitamin K antagonist (VKA) or direct oral anticoagulant (DOAC) are at a much higher risk of major bleeding compared with those on VKA monotherapy, according to a nationwide cohort study.

“However, risk factors for ischemic events and major bleeding overlap, making it hard to distinguish which patients are at high risk for major bleeding, but not at risk for ischemic events, and vice versa,” they observe. “In addition, due to confounding by indication, this nonrandomized study does not permit evaluation of the effectiveness of combinations of antithrombotic drugs (ie, medication could have been indicated due to high risk of thromboembolic outcomes). Still, these high bleeding rates emphasize that treatment with triple therapy should be as short as possible.”

Studies like the WOEST trial have already convinced many clinicians that triple therapy should be avoided, said Ashish Pershad, MD (Banner-University Medicine Heart Institute, Phoenix, AZ), who was not involved in the study. But “the overall assumption in the US is, ‘Okay, I'm not going to put them on anticoagulants, but if I put them on aspirin and Plavix, I'm going to get some benefit from stroke prevention from A-fib, but I don't think I'm escalating the bleeding risk.’ But that is not true,” he commented. “This study clearly demonstrates that.”

“[It’s the] perception of risk among prescribers that is going to require I think an educational paradigm shift more than anything else,” Pershad told TCTMD. “[Physicians] should acknowledge that putting people on antiplatelet agents is more risky than they think it is.”

For the study, van Rein and colleagues looked at 272,315 Danish patients 50 years or older who were diagnosed with A-fib between 1995 and 2015. Median CHA2DS2-VASc score was 3 and the most common prescription regimens were VKA (22%) or aspirin monotherapy (22%) or dual therapy with a VKA and antiplatelet agent (12%). Triple therapy with a VKA or DOAC was only prescribed in 1% and 0.3% of patients, respectively.

Over a median follow-up of 4 years, dual and triple therapy options put patients at a significantly higher risk for major bleeding (primary endpoint) than did VKA monotherapy.

To TCTMD, van Rein said that she was on the one hand surprised at how high the bleeding risk turned out to be in some patients, but on the other hand also could have predicted it. “The thing I was afraid of was actually true, I guess—that these bleeding risks are really high in some parts of the population who use triple therapy,” she said.

While she acknowledged being unable to look at efficacy of any treatment regimens in this study, van Rein said the findings imply that “if patients have these high major-bleeding risks, you should be really careful in considering triple therapy.” If triple therapy does end up being prescribed, there should be a monitoring system in place that ensures it is ended appropriately. “Due to logistics sometimes, patients don't stop at the right time because the follow-up wasn't clear to the patients or wasn't clear to the general physician or anything like that, and I think it's really important to make sure people stop triple therapy on time,” she said.

“This is one of those large databases that once again shows that being on two antiplatelets or two anticoagulants is worse than being on one, and being on three is an absolute no-no,” Pershad said, adding that the study has two other main takeaway messages—DOACs should be used as a “default” instead of warfarin and the patients identified by this study has having the highest bleeding risk should be evaluated for “alternative strategies for reducing stroke risk” like left atrial appendage occlusion.

Ultimately, physicians need a better way of evaluating bleeding risk in their patients, but this might only come from research tied to machine learning and artificial intelligence, he argued. “That is, I think, the systematic flaw in all of this, because I think we have no great assessment of the bleeding risk. The HAS-BLED score, which is currently the standard used, is just a little bit better than a flip of a coin in its assessment of patients' bleeding risk.”

Future studies will also need to look at tailoring anticoagulant prescription decisions to specific patients, Pershad said. “For example, in these antiplatelet agents, especially the newer antiplatelet agents [but] even the old ones, some patients seem to have far greater efficacy in their blood thinning regimen with the drug than other patients have. We have a very poor way of identifying who's going to be a good responder and who's going to be a great responder, and I think there's going to have to be some degree of precision dosing and precision medicine that will need to be applied to figure out the right dose for these patients.”

Van Rein said she would also like to see a trial looking at efficacy alongside bleeding risk, but noted that this might not be feasible. If not that, “maybe at least some implementation research and some further research on DOACs, because my results in this population do include patients on DOACs but these groups were quite small,” she said. “In addition, we would need further research whether one DOAC has the exact same bleeding risks as the other ones. For dabigatran, for example, it’s known that you have more GI bleeding than the other ones, which may be important for the future in choosing one DOAC over the other.”

Is There Still a Role for Triple Therapy Based on Recent Studies?