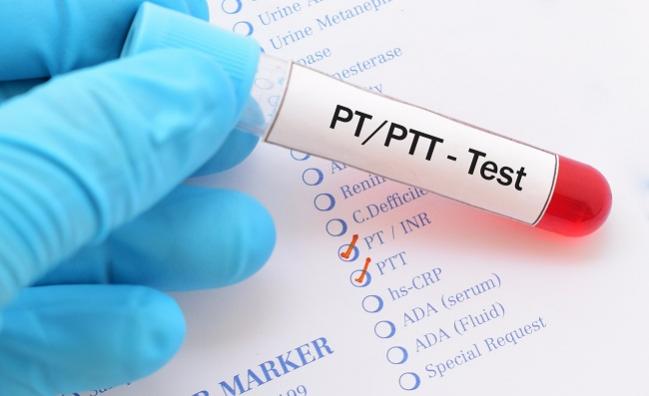 When triple antithrombotic therapy is used in patients with A-fib and coronary disease, it is better to use one of the direct oral anticoagulants (DOACs) instead of a vitamin K antagonist (VKA) like warfarin, according to data from the latest observational analysis to tackle this tricky clinical scenario.

Patients treated with a DOAC plus dual antiplatelet therapy (DAPT) carried a lower risk of bleeding at 3 months compared with those treated with a VKA plus DAPT (standardized absolute risk 1.98% vs 3.93%), without any price to pay in terms of all-cause mortality, stroke, or MI, according to lead author Caroline Sindet-Pedersen, MSc (Copenhagen University Hospital Herlev and Gentofte, Hellerup, Denmark), and colleagues.

The findings were similar at 12 months, they report in a study published online ahead of the October 9, 2018, issue of the Journal of the American College of Cardiology.

Moreover, when anticoagulation was paired with a single antiplatelet agent only, use of a DOAC was associated with a lower risk of MI at 3 months compared with use of a VKA (standardized absolute risk 2.66% vs 4.19%), with no differences in bleeding, ischemic stroke, and all-cause mortality.

“Our data suggest that despite lack of trial evidence on the safety and effectiveness of DOAC versus VKA in combination with antiplatelets(s), DOACs seem safe and effective in real-world AF patients following MI or PCI,” Sindet-Pedersen et al say, adding that “adequately powered prospective studies are needed to compare the safety and efficacy of individual DOACs when combined with antiplatelet agents.”

Commenting for TCTMD, John Alexander, MD (Duke University, Durham, NC), said the findings of the study are largely consistent with prior trials—including PIONEER AF-PCI and RE-DUAL PCI—in showing that combining a VKA with DAPT carries a high bleeding risk. That’s reassuring, he said, but doesn’t add much new information.

“I’m much more comfortable with this data because it reaffirms what randomized data showed, and I think this reinforces the need to figure out safer regimens than [warfarin-based] triple therapy,” said Alexander, who is chair of the executive committee for the AUGUSTUS trial. “We should really be avoiding using warfarin with dual antiplatelet therapy, based on this data and the data from PIONEER AF-PCI and RE-DUAL PCI.”

How best to treat patients with indication for both oral anticoagulation and antiplatelet therapy—such as those with A-fib and coronary disease—remains a vexing problem for clinicians, who need to consider both thromboembolic and bleeding risks.

PIONEER AF-PCI and RE-DUAL PCI have provided some much-needed data in this area, with both showing that DOAC-based regimens reduced major bleeding without compromising on protection against cardiovascular events compared with VKA-based regimens in patients with A-fib undergoing PCI.

The current study provides a look at these issues in everyday practice. The investigators examined Danish nationwide registry data on 3,222 patients with nonvalvular A-fib who were hospitalized for an MI and/or PCI between August 2011 and June 2017 and who were receiving a combination of oral anticoagulation and antiplatelet therapy 7 days after discharge. Mean patient age was 76, and 68% were men.

The paradoxically lower risk of bleeding in patients taking a DOAC plus two instead of one antiplatelet “is likely explained by this group having the lowest mean modified HAS-BLED score and possibly confounding by indication (ie, because physicians may be more prone to prescribe the DOACs to less sick patients),” the authors say.

The overall findings of the study, however, are consistent with what was seen in PIONEER AF-PCI, in which low-dose rivaroxaban plus DAPT reduced bleeding compared with VKA-based triple therapy, they add.

“Despite our study having a small study population (n = 3,222), the results complement the recent trials well, and [the analysis] provides an insight into the risk of bleeding, MI, stroke, and all-cause mortality in real-world patients with good generalizability,” they conclude.

In an accompanying editorial, C. Michael Gibson, MD (Beth Israel Deaconess Medical Center, Boston, MA), and colleagues say the study “validates in a real-world population the observations from the randomized PIONEER AF-PCI and RE-DUAL PCI trials: a DOAC-based strategy is superior to a VKA-based strategy in the reduction of bleeding events.”

Even so, they cite limitations that raise questions about the finding in this study that bleeding risk was similar with either a DOAC or a VKA combined with a single antiplatelet. First, the study did not account for in-hospital or early bleeding events, which “may have selectively cultivated out those patients who tolerated triple therapy,” Gibson et al write. And second, they add, the finding of a lower bleeding rate with a DOAC plus DAPT than with a DOAC plus single antiplatelet therapy is “biologically implausible if the two groups were similar and points to potential unidentified confounders as playing a role in bleeding rates.”

Thus, “although Sindet-Peterson et al were able to confirm the increased bleeding risk associated with VKA-based triple therapy, a conclusion supported by prior registries and two RCTs, the analyses among DOAC- and VKA-based dual therapies, which lack external validation from RCTs, should be interpreted with caution,” they write. “These limitations reinforce the need for randomized data from large-scale national/international registries with unselected patients to combine the strengths of randomized trials with the generalizability of registries.”

For Alexander, this study doesn’t add much information on how to fine-tune antithrombotic regimens in patients with A-fib and coronary disease, so “we need more data and more individualization of care based on people’s preferences.”