Results from the SPIRIT OF ARTEMIS trial are compelling and should inform practice, Sunil Rao says. 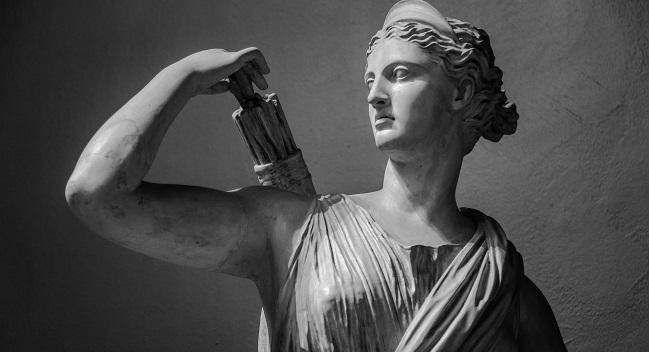 Addressing a lingering question in the field, the SPIRIT OF ARTEMIS trial shows that using a higher weight-adjusted dose of heparin during transradial coronary angiography staves off radial artery occlusion.

In the 10 days after the procedure, the rate of occlusion detected by Doppler ultrasonography was 8.1% in those who received heparin 50 IU/kg and 3.0% in patients who received double that dose (OR 0.35; 95% CI 0.22-0.55), a difference that was consistent across subgroups, according to researchers led by George Hahalis, MD (Patras University Hospital Rio, Patras, Greece). That works out to a number needed to treat of about 20.

To get that benefit, there was no price to pay in terms of bleeding or other safety endpoints, they report in a study published online October 31, 2018, ahead of print in JACC: Cardiovascular Interventions.

“The administration of high heparin dose during transradial diagnostic procedures resulted in a striking reduction of early radial artery occlusion rates when compared with a standard anticoagulation regimen. This benefit was evident without meaningful hemostasis prolongation,” the investigators write.

Commenting for TCTMD, Sunil Rao, MD (Duke Clinical Research Institute, Durham, NC), who co-authored an accompanying editorial with Jennifer Rymer, MD (Duke Clinical Research Institute), said there had been some question about the best anticoagulation approach for transradial procedures. Observational data have suggested that higher doses would reduce radial artery occlusion, but there have been limited randomized data. That uncertainty has led to a lot of variation in how anticoagulation is used in clinical practice.

“What this trial shows, and I think this should settle the issue, is that adequate anticoagulation to prevent radial artery occlusion really is higher-dose heparin,” Rao said. “So using a dose of heparin that’s 75 units per kilo or higher is what you need to use to prevent radial artery occlusion for diagnostic cases, and many times that will result in a therapeutic enough ACT so that you go ahead and proceed with PCI as well.”

Though radial artery occlusion is almost always asymptomatic (it can occasionally result in hand pain or weakness or lack of perfusion in the first two digits), it is a relatively frequent complication of transradial procedures that could have potential consequences in the future.

“The big issue is that it does limit access for future procedures and it tends to limit the use of the radial artery for bypass grafting,” Rao said, noting that the latter point is a source of significant controversy.

Anticoagulation has been shown to reduce the risk of occlusion, but what constitutes adequate dosing has been debated.

The SPIRIT OF ARTEMIS trial, conducted at seven Greek centers, aimed to provide some clarity. Investigators initially randomized 3,102 patients undergoing transradial coronary angiography to receive unfractionated heparin 100 IU/kg or 50 IU/kg. To ensure patients in the high-dose group were not overtreated in case they had to cross over to transfemoral access, they received half the dose after sheath insertion and the other half just before sheath removal.

The final analysis included the 1,836 patients who did not require access crossover and did not proceed immediately to PCI. Patients who received high-dose heparin more frequently had an abnormal Allen’s test and required use of slightly more diagnostic catheters, whereas those in the standard-dose group had a slightly higher body mass index.

Radial artery occlusion was detected by Doppler ultrasound performed within 10 days of angiography. There were 102 occlusions identified a median of 2 days after the procedure, for an overall incidence of 5.6%.

The lower rate of occlusion in the high-dose group was not offset by a higher rate of local hematomas, which occurred in about one-quarter of patients in each group. No patients had BARC type 3 bleeding or required blood transfusions. Other safety endpoints occurred at similar rates in both groups. In addition, the median time to hemostasis did not differ—3.5 hours in the standard-dose group and 3.7 hours in the high-dose group.

The lower rate of occlusion with high-dose heparin was consistent with findings from a pooled analysis of the SPIRIT OF ARTEMIS data plus two prior studies and from an updated meta-analysis that included this trial and five others.

In their editorial, Rymer and Rao highlight some important limitations of the trial, including the wide variation in occlusion rates seen across participating centers, the lack of a standard protocol for hemostasis, and the exclusion of many of the initially randomized patients.

Nevertheless, Rao told TCTMD, “this is a randomized trial with a clear endpoint that favored one group and I think that it’s very compelling and this should inform our practice.”

Heparin dosing varies widely out in practice, with many centers giving fixed-dose rather than weight-adjusted heparin and some not using any at all for diagnostic procedures. “I’m not so sure that that’s a good idea,” Rao said. “Maybe at least based on this study, it does seem like some anticoagulation is necessary.”

SPIRIT OF ARTEMIS will hopefully lead to some standardization in this area, Rao said, pointing out, however, that anticoagulation needs to be tailored to each individual patient.

A big question that remains, he said, is what to do during transradial procedures in patients who are already treated with direct oral anticoagulants or therapeutic warfarin, who were excluded from the current trial.

Rao indicated, too, that interventional cardiologists need to continue thinking about multiple ways—and not just anticoagulation—to reduce radial artery occlusion. He noted that the Society for Cardiovascular Angiography and Interventions has released a consensus document on transradial best practices that recommends strategies to preserve radial patency.

“That starts with adequate anticoagulation, which this randomized trial clearly addressed, making sure that you minimize radial trauma by using appropriately sized introducer sheaths, and then use of nonocclusive hemostasis after the procedure,” Rao said.

Reusing the Radial: Repeat Transradial Access Safe and Feasible, Even Within 24 Hours