The arrhythmia is well-documented in endurance sports, but authors say their findings are novel in strength-trained athletes. 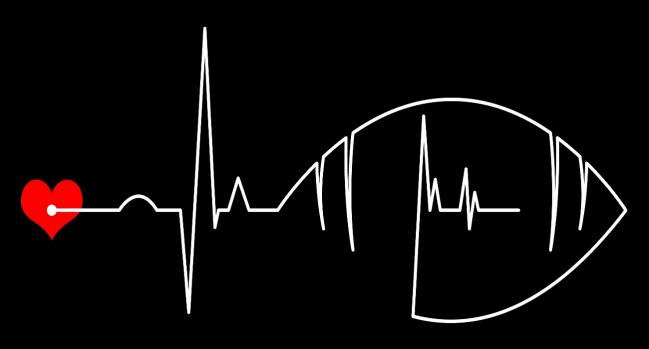 Retired football players, including the big men who battle on the line of scrimmage and the smaller athletes who play off the line, appear to be at an increased risk of developing atrial fibrillation, according to the results of a new cross-sectional study.

When compared individuals of the same age and race, players in the National Football League (NFL) were nearly six times more likely to develop the arrhythmia even though they had a lower prevalence of cardiovascular risk factors.

“It was interesting to note that a lot of the traditional risk factors that we think drive atrial fibrillation were actually lower in the NFL cohort,” senior author Dermot Phelan, MD, PhD (Cleveland Clinic, OH), told TCTMD. “The left atrium was bigger in those with atrial fibrillation, and that’s something we certainly see in endurance athletes where there is higher flow through the heart, which causes increased stretch of the chambers.”

Over the past several years, a number of studies have raised concerns about the potential cardiovascular risks of long-term, strenuous endurance exercise, such as marathon and ultramarathon running, Ironman-distance triathlons, and long-distance cycling. In one meta-analysis, for example, the prevalence of atrial fibrillation was five times greater among veteran endurance athletes than in a group of age-matched controls. The mechanisms aren’t fully known, but the hypothesis is that endurance activity may lead to an enlargement of the left atrium during exercise. Additionally, there is speculation that these sports may cause inflammation and myocardial fibrosis, which in turn would increase the risk of atrial fibrillation.

To date, though, the association between physical activity and atrial fibrillation has been focused on endurance sports and not on strength-trained athletes, such as football players.

As part of the current study, which was published July 24, 2019, in the Journal of the American Heart Association, former NFL players who played at least one professional game were invited to participate in a voluntary cardiovascular screening program. The athletes who played tackle, guard, center, defensive tackle, defensive end, or linebacker were classified as linemen while the others—quarterback, running back, wide receiver, tight end, cornerback, safety, kicker, and punter—were classified as non-linemen.

The researchers compared 460 former NFL players (mean age 56 years; 47% black) with 925 population-based controls matched by age and race who were enrolled in the Dallas Heart Study. The former NFL players had slightly higher body mass index (BMI) on average but had fewer cardiovascular risk factors than the controls. For example, more subjects in the control group had a history of smoking, hypertension, hyperlipidemia, diabetes, coronary heart disease, and heart failure.

“In this particular cohort, most of the athletes who didn’t know they had atrial fibrillation had no symptoms,” said Phelan. In the former NFL players, the resting heart rate was lower, and they had longer PR intervals, a higher prevalence of first-degree atrioventricular block, and longer QRS intervals. “When they presented with atrial fibrillation, their heart rate was slower and as a result they were asymptomatic,” continued Phelan. “Former players need to be vigilant and their doctors need to be vigilant about their rhythm control, and thankfully today we have a lot of wearable devices that can help with the early detection of atrial fibrillation.”

Of the players with newly diagnosed atrial fibrillation during screening, 80% had a CHA2DS2-VASc score ≥ 1, “indicating a potential benefit of anticoagulation,” according to the researchers. Roughly half a “solid indication” for anticoagulation based on their risk of stroke.

In the multivariate analysis, age and BMI were also associated with an increased risk of atrial fibrillation, while black race appeared to be protective. The researchers note that this is in line with population studies showing a lower prevalence of the arrhythmia in black individuals. There was also a strong association between left atrial enlargement and atrial fibrillation. Whether the mechanisms underlying the arrythmia in endurance and strength-trained athletes are the same isn’t yet clear, say the researchers.

“Given the physiologic stress of a strength-type of athlete compared to an endurance athlete, we were a little surprised because it is a different type of stress on the heart,” said Phelan. He noted that they did not have data on obstructive sleep apnea in the studied populations, and that studies have documented higher rates of obstructive sleep apnea among NFL players. Sleep apnea, said Phelan, is a known risk factor for atrial fibrillation.

Jonathan Kim, MD (Emory University, Atlanta, GA), the head cardiologist for several sports teams, including the NFL’s Atlanta Falcons, said the finding of atrial fibrillation in strength-trained athletes is a “novel finding” and that the association has not been documented before in football players. Like Phelan, Kim was cautious in interpreting the cross-sectional analysis, noting that while the present study uses several methods to account for the differences between controls and retired athletes, its design carries “important limitations in establishing causality between football and risk of later-life atrial fibrillation.”

Nonetheless, the results echo those of other studies showing that retired NFL players appear to be at increased risk of cardiovascular disease as they age. “A focus of primary prevention and clinical monitoring in this group is very important,” Kim told TCTMD via email.

New Recall for Maquet/Datascope IABPs Due to Potential Battery Failure