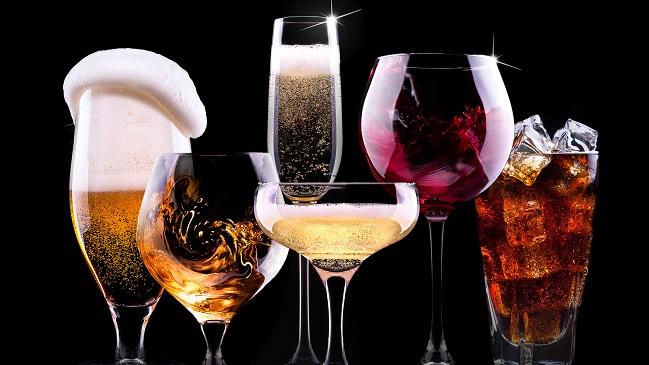 “Using a large sample of US adults, our study re-emphasized the existence of a J-shaped curve in the alcohol-mortality association, supporting current findings that light-to-moderate drinking might be protective, especially for CVD, but heavy or binge drinking has serious health consequences, including death,” the authors, led by Bo Xi, MD (Shandong University, Jinan, China), conclude.

As previously reported by TCTMD, the complex relationship between alcohol consumption and the cardiovascular system has been a magnet for debate and study over several decades, with the body of research supporting an association between alcohol consumption and reduced risk of ischemic heart disease. But increasingly, investigators are warning that alcohol’s “heart-healthy” reputation is being oversimplified, with important implications for public health.

Sreenivas P. Veeranki, MD (University of Texas Medical Branch, Galveston), one of the study authors, noted that two recent studies have challenged the idea that alcohol might be beneficial at low-to-moderate intake levels. In these studies, the absence of a protective mechanism “has been attributed to lack of addressing abstainer bias, limited confounding effect, and sick quitter phenomenon in earlier studies,” he commented in an email to TCTMD. “Thus, using a rigorous methodology of addressing these issues in a nationally representative sample of US adults, we were able to demonstrate that the J-shaped relationship between alcohol and mortality exists.”

In various models, and using lifetime abstainers as the reference group, investigators found that light or moderate alcohol consumers had lower all-cause mortality and lower CVD mortality. Light drinkers, but not moderate drinkers, also had lower rates of cancer-related mortality. Heavy and binge drinkers, however, saw increased risks of all-cause and cancer mortality, although no significant increased or decreased risk was seen linking heavy and binge drinking with cardiovascular deaths.

As with many other studies attempting to understand alcohol’s harms and benefits, the current study relied on self-reported consumption and also only included baseline intake estimates—not accounting for any changes in alcohol consumption over time. The study also did not drill down into types of heart disease—previous studies have suggested that alcohol may be beneficial in the setting of vascular heart disease, yet still pose increased risks of atrial fibrillation and other forms of heart disease.

“We agree with the link between alcohol and atrial fibrillation, and also with heart failure,” Veeranki told TCTMD. “However, our paper is extremely robust in determining an alcohol-mortality link and doesn't distinguish very specific detail about specific type of cause of mortality and future large studies need to be conducted to disentangle or confirm these relationships.”

“A balance between beneficial and detrimental effects of alcohol consumption on health should be considered when making individual or population-wide recommendations, but the reduction of harmful or high consumption of alcohol remains necessary and essential,” the authors conclude.

In an accompanying editorial, Giovanni de Gaetano, MD, PhD, and Simona Costanzo, PhD (IRCCS Istituto Neurologico Mediterraneo NEUROMED, Pozzilli, Italy), praise the study’s methodology and statistical approach as “correct and supported by additional analyses”—a failing of earlier studies. They also note that one unique finding of Xi et al’s analysis is the link between light alcohol consumption and reduced cancer mortality, making this study something of an outlier.

“While there is general agreement that heavy alcohol is associated with increased cancer risk, some public organizations insist on considering alcohol harmful even when consumed in light amounts,” they write. This finding may warrant messaging around alcohol’s harm/benefit trade-off that is tailored to an individual’s age and risk factors, they suggest.

Asked to comment on Xi et al’s study, Mukamal said: “Not surprisingly, it found the same thing we did.

“It continues to confirm that heavy alcohol consumption is a risk factor for death but lighter drinking is not,” Mukamal continued in an email. “However, without randomized trials, it remains uncertain if these results may relate to features of moderate drinkers beside their drinking itself.  Still, it tends to counter the contentions of some bodies that 'no level of consumption is safe' or that the cardioprotective effect of alcohol is uniquely present in older women.”

As for the difficulty of distinguishing a true benefit or risk of alcohol intake from other helpful or harmful behaviors, Veeranki said he and his co-authors discussed this problem at length. “Are you looking at alcohol consumption as such, or is it a proxy measure for other adverse health behavior? We are currently conducting a study in this direction, and will be able to better answer it in couple of months.”