Some lesion subsets still may do better with balloon-expandable stents, editorialists caution, calling for more research. 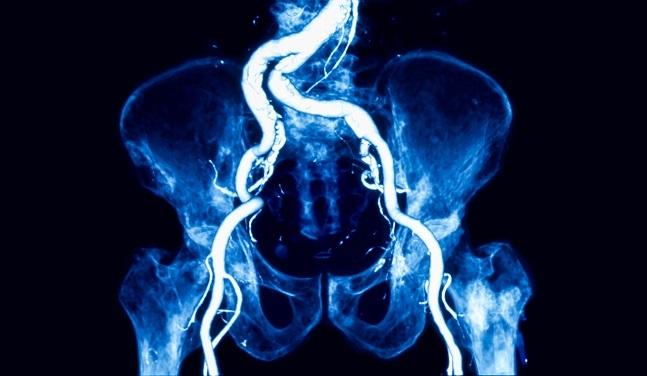 For patients with iliac artery blockages, treatment with a self-expanding stent provides better protection against restenosis at 12 months and no reduction in safety compared with a balloon-expandable stent, according to new data from the ICE randomized trial. The findings, investigators say, should provide clarity for clinicians deciding how best to treat a condition that so far has no guidelines on stent type.

Details on the ICE study, conducted by Hans Krankenberg (Asklepios Klinikum Harburg, Hamburg, Germany), and colleagues, were published in the August 28, 2017, issue of JACC: Cardiovascular Interventions.

“The data regarding the stent type selection in the iliac arteries are rather limited. So, this is the first randomized trial that is looking at that question,” Dmitriy N. Feldman, MD (Weill Cornell Medical College, New York, NY), who wrote an editorial accompanying the paper, told TCTMD. As such, it provides important information to operators doing endovascular interventions, he said.

ICE shows “impressive” results for self-expanding stents, Feldman agreed. “But is it definitive and conclusive for all iliac interventions? I think that would be premature to say at this point. . . . The iliac arteries are complex.”

That said, it makes sense for several reasons that self-expanding stents did better. “Primarily, [it could be] because these stents are more flexible. They adapt to the vessel wall more easily,” he added. “And so there may be better healing and less neointimal hyperplasia from self-expanding stents.”

What needs more study is whether there are certain lesion subsets that might do better with balloon-expandable devices, Feldman suggested.

The randomized, multicenter ICE trial enrolled 660 patients (n = 660 lesions) with moderate to severe claudication from common or external iliac artery occlusive disease, assigning them to receive either the balloon-expandable Visi-Pro or the self-expanding Protege stent (both ev3 Endovascular). One-quarter had diabetes, and six in 10 were current smokers. Most often, they were being treated in the common iliac artery (58.9%), with 16.5% of lesions being total occlusions and 25.6% heavily calcified.

Outcomes were similar across various patient- and lesion-related subgroups. There was one exception—lesions with heavy calcification had no significant difference by stent type, whereas those with no or moderate calcification had less restenosis with self-expanding stents (OR 0.31; 95% CI 0.14-0.68; P for interaction = 0.043). The researchers acknowledge this apparent pattern “could have been due to chance.”

Additionally, there were no disparities between stent types in walking ability, hemodynamic success, amputation, mortality, or periprocedural complications.

A Place for Balloon-Expandable

What with “no safety concerns” and improved efficacy, “a treatment recommendation in favor of [self-expanding] rather than [balloon-expandable stents] in iliac artery occlusive disease can be derived,” Krankenberg and colleagues conclude.

Not so fast, counter Feldman and his co-editorialist, Andrew J.P. Klein, MD (Piedmont Heart Institute, Atlanta, GA). It’s important to remember that there are key differences between how the self-expanding and balloon expandable stents are used in iliac artery disease, they say.

“[Balloon-expandable] stents provide high radial outward force, the ability for precise stent placement, and are used more often in ostial common iliac lesions and during the placement of kissing stents,” Feldman and Klein explain. Compared with the external iliac artery, the common iliac artery tends to be bigger, more frequently calcified, and more prone to recoil and dissection yet less tortuous and less apt to have diffuse disease.

The balloon-expandable devices can be useful in the common iliac artery, they also “may create artificial vessel straightening due to enhanced sheer force, perhaps promoting more neointimal hyperplasia, especially when used in the [external iliac artery],” the editorialists write, adding, “By contrast, [self-expanding] nitinol stents are flexible, easily adapt to arterial wall pulsatility, conform to varying vessel diameters, and are available in longer lengths.”

Yet the ICE trial did not consider the anatomic location of disease when randomizing patients, which Feldman and Klein say complicates interpretation of its results.

To TCTMD, Feldman said many operators prefer balloon-expandable stents for the common iliac artery, “but we don’t have a lot of data to support it. This trial perhaps argues that the self-expanding stents may be as good or perhaps even better.”

Ideally, studies will be conducted to compare results by stent type based on anatomic location and degree of calcification, he said. Beyond this, more needs to be known about other technologies—drug-eluting stents, covered stents, and drug-coated balloons—in the iliac arteries.

Bioresorbable Scaffolds for PAD: Does the Strategy Have Legs?