Impella Has Some Benefits in High-Risk PCI, but Clinical Impact Still Uncertain: Review

Large RCTs are needed to provide definitive evidence of the safety and effectiveness of Impella in high-risk PCI, the authors say. 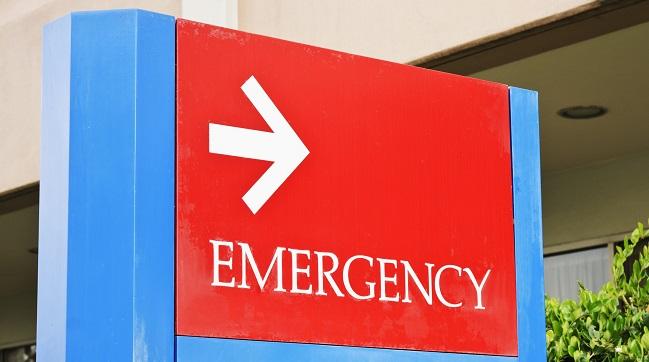 Impella heart pumps (Abiomed) provide procedural and hemodynamic benefits during high-risk PCI, but it’s difficult to assess whether they have an impact on clinical outcomes, particularly when compared to intra-aortic balloon pump (IABPs), a new systematic review shows.

“There is clearly a need for more well-conducted, large randomized trials in different patient subpopulations, both in cardiogenic shock complicating STEMI and in high-risk PCI,” he told TCTMD, noting that it can be difficult to enroll patients in such trials because physicians fear not treating them and worsening outcomes. There is, however, one ongoing RCT involving Impella 3.5: the DanShock trial.

Further studies would help clarify which groups of patients would most benefit from the device and prevent both overuse and underuse, he added. Currently, rates of Impella use are highly variable around the United States because of the lack of good data to guide patient selection, he said.

“[It] is not unprecedented in interventional cardiology to use devices and techniques before we have definitive data,” Karmpaliotis pointed out, noting that physiology and physician experience and judgement come into play. “There is the world of randomized trials and data and then there’s the world of everyday clinical practice and the art of medicine.”

Of several ventricular assist devices, three are commonly used in the United States, according to the review, which was recently published online ahead of print in Catheterization and Cardiovascular Interventions. IABPs were first introduced in the 1960s, but they provide inadequate support for certain patients with severe cardiogenic shock, Ichou et al say.

The TandemHeart pump (TandemLife) was developed in the early 2000s, but “this device is associated with a bigger vascular profile, arterial and venous large cannula, and subsequent vascular complications,” the authors write.

Impella—which comes in five models—is the most recently introduced pump, and it has been shown to increase cardiac output. “The Impella device offers many theoretical advantages over traditional cardiac assist devices due to its potential for increased cardiac output, continued function irrespective of timing or trigger, and stability, even in the presence of cardiac conditions such as arrhythmias,” the authors say. “The effective unloading of the LV provided by the use of Impella clinically benefits patients with severely impaired LV function because it can effectively support the failing circulation and reduce the infarct size in case of MI.”

Impella pumps have been evaluated in small RCTs and numerous observational studies, but results have not been consistent.

For that reason, the researchers performed a search for studies with at least 10 patients who received an Impella pump during high-risk PCI. They identified four RCTs—PROTECT II, IMPRESS, IMPRESS in STEMI, and ISAR-SHOCK—and 16 observational studies, only two of which were controlled. There were 1,287 total patients across all studies, which had lengths of follow-up ranging widely from 1 to 42 months.

In terms of procedural characteristics, the angiographic success rate was high, ranging from 90% to 100% across studies. Mean duration of support varied widely, from 38 minutes to 49 hours.

Hemodynamic factors were favorable as well. Mean cardiac output was mostly consistent across studies at about 2.1 L/min. Seven studies reported an increase in mean arterial pressure (MAP). Of three studies that included both pre- and postprocedural MAP measurements, two showed an increase and one a decrease. When compared with an IABP, Impella was better on both procedural and hemodynamic factors, the authors report.

To TCTMD, Karmpaliotis said that when it comes to the question of whether Impella improves acute hemodynamic parameters, “the answer there is unequivocally yes.” But the bigger question, he said, is whether it boosts clinical outcomes.

On that front, the review did not show clear benefits or harms associated with Impella regarding risks of all-cause mortality or MACE at 30 days. “Importantly,” the authors note, “most studies were small and inadequately powered to assess clinical events, and all observational studies had a high or critical risk of bias.”

Karmpaliotis pointed out, however, that PROTECT II showed a benefit for the Impella 2.5 pump at 90 days. In a per protocol analysis, the rate of major adverse events was lower compared with IABP use.

Moving forward, Karmpaliotis said that in addition to more randomized trials he would like to see further technological advancements, including both larger devices that can be placed safely without the need for surgical cutdown and lower-profile versions of existing devices, which would ease insertion and reduce vascular complications.

He also stressed the need for a multidisciplinary approach to treating patients with Impella and devices like it. Tertiary centers should have “shock teams” that include interventional cardiologists, cardiac surgeons, and heart failure specialists, he said.