Further research is needed to determine the effect of BMI on this relationship, investigator says. 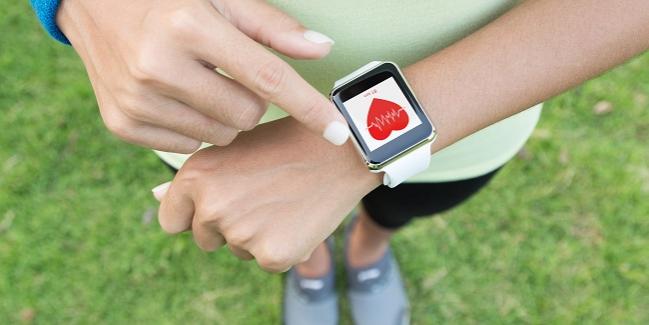 Higher habitual physical activity as measured by a smartwatch is associated with lower home blood pressure levels, but body mass index (BMI) might account for the majority of that relationship, according to a new study.

“I do want to stress that these analyses do not establish causality or directionality of the association in any way, so we cannot say that a lower step count led to higher blood pressure based on this study because ours was a cross-sectional analysis,” Mayank Sardana, MBBS (University of California, San Francisco), told TCTMD in an online press conference last week. “We know from the prior literature that lower step count as reported by self-report or the use of an accelerometer was associated with a lower risk of hypertension. So, these are the initial findings and I think a lot more needs to be done.”

The study was originally selected for presentation at the American College of Cardiology 2020 Scientific Session, which has since converted to a virtual meeting due to the continuing threat of COVID-19. The meeting is going ahead with a truncated program later this month.

Martha Gulati, MD (University of Arizona, Phoenix), who moderated the web briefing, said the “very interesting study” leads to a chicken-or-the-egg type question: “Which one came first? Is it the body mass index or is it the hypertension? And then how does exercise modify all of this?”

Steps Up, BP Down

For the study, Sardana and colleagues enrolled 638 participants from the Framingham Heart Study and instructed them to wear an Apple Watch (Apple, Cupertino, CA), daily and transmit weekly home blood pressure cuff readings.

Over a median 280 days of follow up, participants wore the watch for an average 14 hours a day and sent in BP readings for 24 weeks. Average daily step count was 7,531, and average home systolic and diastolic BP were 122 and 76 mmHg, respectively.

After adjustment for age, sex, family structure, and the amount of time the watch was worn, higher daily step count was associated with lower home blood pressure (model 1). However, when BMI was added to the model, this relationship was attenuated (model 2).

To TCTMD, Sardana said that beyond what has been shown with prior research with wearables, conducting a smartwatch study in a large cohort from the Framingham Heart Study “adds confidence to our recommendations which we have been giving to our participants with hypertension that you should walk more.

“But more importantly, in terms of epidemiology-based research, this study is one of the first to give us the sense that adding this ambulatory phenotype (ie, wearables) in the community-based cohort study is a feasible solution to understanding how these variables associate with traditional risk factors,” he said.

What most excites him is “how this would add to our future discrimination of cardiovascular disease based on the data we are continuously collecting from these participants,” Sardana continued. “Unfortunately, we don't have a lot in hand right now because our study only has been going on for the last 3 years, but just imagine the next 10 years. What type of data will we have if we keep getting this continuous data from these participants?”

As for how BMI plays into the results, Sardana said he is “still perplexed” about what they mean. “Does this mean that the participants who have higher BMI, are they walking less and therefore have a higher blood pressure? Basically, we cannot tell what direction that association is going in. . . . And perhaps this study also adds to our recommendation that those with higher BMI may benefit the most from measurement of step count and therefore maybe physical activity promotion using the smartwatches.”

Future research will be needed to dig into this question deeper, he added.

Another question posed by these study results, said Gulati, is if those with elevated blood pressure in the study received more benefit.

“That's one of the secondary analyses that we are still doing,” Sardana responded. “It would be important to know that . . . if you have the issue of hypertension, you have the most benefit in the sense that your blood pressure goes down the most with the physical activity. But again, this is a cross-section association at this point. We haven't looked at long periods of time how step count at point X right now would lead to lower blood pressure in the future at point Y.”

Missed Opportunities: Many HF Patients Not Tested for CAD

Apple Heart in Print: The Conversation on Data Privacy Continues

Wearables Under the Microscope: How New Tech Will Disrupt Patient-Physician Dynamics