The relationship, which is consistent with prior studies linking air pollution to CV events, is stronger during the colder weather. 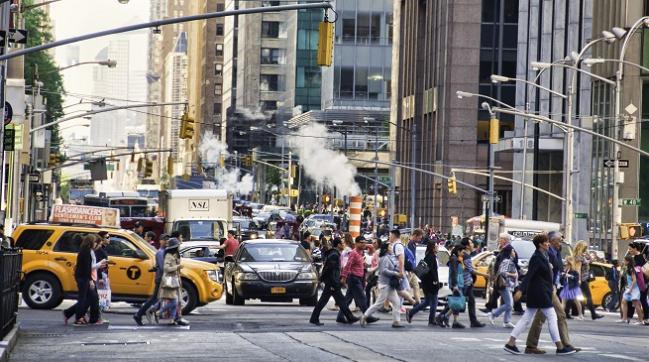 BOSTON, MA—Even at levels below US federal standards, rising concentrations of small particulate matter in the air may be triggering sudden cardiac death in women, especially when temperatures are cool, a new analysis shows.

She noted that these results were seen despite the fact that all PM2.5 exposures were below the standard for daily exposure (35 ug/m3) set by the US Environmental Protection Agency (EPA).

“I think it does have a really big population-level implication that all the levels we saw were below the regulatory standards, and so that somewhat implies that they’re not protective enough,” Hart told TCTMD. “Especially in an era where we’re talking about rolling them back further, it’s probably important to keep that in mind when weighing those decisions.”

Commenting for TCTMD, Robert Kloner, MD, PhD (Huntington Medical Research Institutes, Pasadena, CA), said the findings are consistent with prior studies that have identified associations between increasing particulate air pollution and a range of cardiovascular events, including MI and stroke.

“I think it’s an important study, because it points out there are certain triggers of cardiovascular events that we need to be aware of and if we treat those triggers maybe we can reduce the number of cardiovascular events. And air pollution is unfortunately one of them,” said Kloner, who agreed that the EPA should look at these data when considering changes to their standards.

Prior studies have shown that short-term exposure to particulate air pollution is associated with ventricular arrhythmias in patients with implantable cardioverter-defibrillators, but whether such a relationship exists in lower-risk populations has remained unclear.

I think it does have a really big population-level implication that all the levels we saw were below the regulatory standards, and so that somewhat implies that they’re not protective enough. Jaime Hart

Hart and colleagues explored the issue using data on 112,061 women participating in the Nurses’ Health Study. For each of 221 sudden cardiac deaths observed between 1999 and 2012, the investigators compared pollution exposure on the day of the event to exposure on a control day taken from the same month and matched by day of the week.

The association between pollution exposure and sudden cardiac death risk was significantly modified by ambient air temperature (P = 0.01 for interaction).

The explanation for the temperature interaction isn’t clear, Hart said, but it could be that the sources of pollution in colder versus warmer weather is important. In the colder weather, people are more likely to be using wood-burning stoves or home heating oil. Further research is needed to evaluate that possibility, Hart said.

Kloner said that makes sense, however, because burning wood creates particulate material that is especially bad for the cardiovascular system. Moreover, he said, it is well known that there’s seasonal variation in cardiovascular events, with more of them occurring in the colder weather.

So the findings of this study could reflect the additive effect of exposure to both cold and particulate matter, said Kloner, who pointed out that there is some experimental evidence that suggests a direct effect of particulate air pollution on the development of arrhythmias.

Kloner said there are some messages here for individuals concerned about the adverse effects of air pollution.

“People who have cardiovascular risk factors should be very careful on high-pollution days. They should probably avoid wood-burning in their fireplaces, especially in colder weather. We know that that’s very bad for both the lungs and the heart,” he said. In the cold weather, people with at high cardiovascular risk should bundle up to stay warm and also avoid shoveling snow, which can put stress on the heart. Flu vaccination is important and the common lifestyle tips—don’t smoke, keep blood pressure under control, and others—apply as well, he said.

Hart said sudden cardiac death is not the top concern she would have when it comes to the effects of air pollution because it is much less common than MI or stroke, but she pointed out that people concerned about their exposure could take common-sense measures to mitigate it, like avoiding exercise near high-traffic areas and keeping windows closed in the home on high-pollution days.

“You’re not capable of bringing down your outdoor level, but you do have a little bit of control over what you’re exposed to,” Hart said.