NOAC therapy should remain the first-line approach for the vast majority of patients with atrial fibrillation, one expert says. 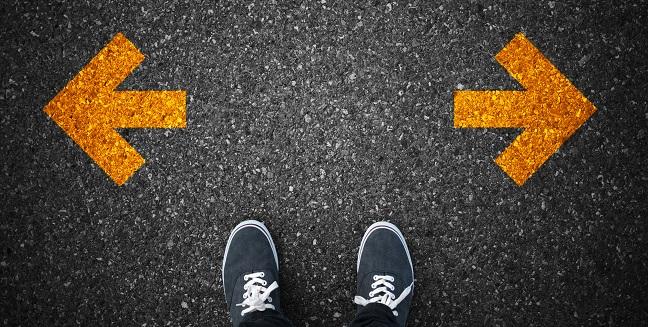 The rate of a composite of stroke/TIA, systemic embolism, clinically significant bleeding, cardiovascular death, or significant periprocedural or device-related complications was almost 11.0% in patients who underwent LAA closure and 13.4% in those treated with NOACs, a difference that met criteria for noninferiority (P = 0.004), according to Pavel Osmancik, MD, PhD (Charles University and University Hospital Kralovske Vinohrady, Prague, Czech Republic).

There were no significant differences between groups for any of the outcomes evaluated, including bleeding endpoints, he reported last week at the European Society of Cardiology Congress 2019.

“We believe in the current NOAC era, appendage closure may be considered in patients with adequate rationale for nonpharmacological treatment because similar overall outcomes are expected with each of these strategies,” Osmancik concluded.

For Geoffrey Barnes, MD (University of Michigan, Ann Arbor), who commented on the findings for TCTMD, “the take-home message is that NOAC therapy is still first-line for the vast majority of patients with A-fib, and has a very good safety and efficacy profile. But in select patients for whom NOAC therapy is not a good long-term option, this study reinforces that left atrial appendage occlusion may be a good alternative, supporting the data we’ve seen from the primary trials that got those devices approved.”

In both PROTECT-AF and PREVAIL, LAA closure using the Watchman device (Boston Scientific) was noninferior to warfarin for preventing stroke and systemic embolism but superior in terms of preventing bleeds, including intracranial hemorrhage.

NOACs have been displacing warfarin since they came on the scene about a decade ago, in part because of their lower risks of bleeding, and there has not been a trial comparing LAA closure with NOACs before now.

PRAGUE-17, conducted at 10 centers in the Czech Republic, was designed to do just that. Investigators enrolled patients with A-fib and at least one of the following criteria: a history of bleeding requiring intervention or hospitalization; a history of a cardioembolic event while taking anticoagulation; or a CHA2DS2-VASc score of 3 or higher and a HAS-BLED score of 2 or higher. After excluding those who withdrew informed consent or had thrombus in the LAA, researchers randomized 402 patients (mean age 73; about two-thirds men). The average CHA2DS2-VASc score was 4.7, making this one of the highest-risk A-fib cohorts ever studied in a study on stroke prevention, Osmancik said.

Patients assigned to NOAC therapy could be treated with apixaban (Eliquis; Bristol-Myers Squibb), dabigatran (Pradaxa; Boehringer Ingelheim), or rivaroxaban (Xarelto; Bayer/Janssen), although apixaban was preferred and was used in 95.5%.

In the LAA-occlusion arm, the procedure was done most commonly with the Amplatzer Amulet device (Abbott), with about 40% treated with the Watchman or Watchman FLX device. The most common antithrombotic regimen used was dual antiplatelet therapy with aspirin and clopidogrel for 3 months, after which aspirin monotherapy was continued indefinitely following transthoracic echocardiography (TEE). Individualization based on bleeding or thrombotic risk was allowed.

LAA occlusion was noninferior to NOAC therapy for composite clinical and bleeding events through a mean follow-up of 20.8 months, a result that was consistent in per-protocol and on-treatment analyses. Rates of stroke/TIA, CV death, clinically significant bleeding, and nonprocedural clinically significant bleeding did not differ between study arms.

Osmancik noted some limitations of the trial, including the insufficient power to detect differences in individual components of the primary endpoint and various secondary outcomes; the fact that TEE was not performed in NOAC-treated patients; and the need for additional follow-up to assess long-term outcomes.

He said follow-up out to 3 or 5 years would be helpful both to ensure that there is no excess stroke risk after LAA closure and to see whether bleeding rates continue to diverge in favor of device therapy.

Asked about selecting patients for LAA closure instead of NOAC therapy, Barnes said “that we have far more evidence supporting anticoagulation therapy, especially long-term anticoagulation therapy, when you think of the tens of thousands of patients in randomized trials that have been treated and now really a decade’s worth of clinical experience using these drugs. We have pretty good long-term safety and efficacy data there, and I think we’re still gathering some of that for left atrial appendage occlusion. So it’s not that I don’t recommend left atrial appendage occlusion, but for me it’s still a pretty narrow slice of patients for whom I think they find that right balance between really not being a good oral anticoagulant candidate but probably getting benefit from having their left atrial appendage occluded.”

Barnes said he still recommends NOACs for patients who are eligible, reserving LAA occlusion “for patients who can’t or strongly do not want to take an oral anticoagulant but are at least at moderate to high risk for stroke.”

No Volume-Outcome Link With Watchman for LAA Closure? Single-Center Study