The small randomized trial hints at benefit from the procedure that many surgeons perform on a routine basis. 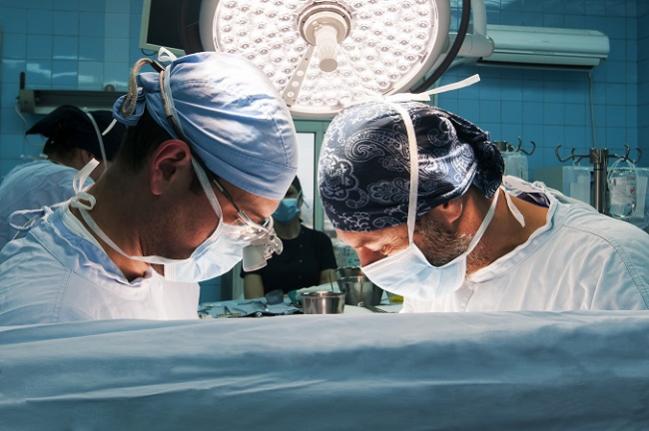 “We noticed that surgeons all around the world close the left atrial appendage inconsequentially and liberally, so we hypothesized whether you should consider a preemptive closure [at the time of] open heart surgery to protect against cerebral ischemic events,” Park-Hansen said at a press conference announcing the results.

The practice of prophylactic closure stems from the fact that atrial fibrillation develops in 30-67% of patients following cardiac surgery, with stroke occurring in 1-3% of CABG patients within the first year post-op. That risk rises in patients found to also have A-fib, to about 4% per year. Of note, 15-20% of patients with A-fib also have clots in the left atrium.

A recent study drawing on data from the Society of Thoracic Surgeons database supports the practice, but another recent series, this one from the Mayo Clinic, found no benefit to the practice.

Park-Jensen and colleagues randomized 187 patients to LAA closure or no closure, with the “recommended” closure method consisting of a purse string plus single-running suture. At 12 months, the primary composite endpoint—first ischemic stroke/TIA or silent cerebral infarct on MRI—had occurred in 14 patients in the no-closure group and in five in the closure group (P =0.02). Looking just at stroke/TIA, that difference was eight and three, but did not meet statistical significance (P = 0.07).

No adverse events were seen in the LAA closure arm.

“We definitely need a larger trial, and we’re working on that now,” Park-Hansen told TCTMD. “The challenge there is to agree on a feasible and reproducible way of performing surgical closure but with these results, we’re urging for [LAACS 2] to go ahead, on the basis of these safe and promising results.”

Commenting on the findings for TCTMD, Steen Dalby Kristensen, MD, DMSc (Cardiovascular Research Centre, Aarhus University, Skejby, Denmark), agreed that it is important to study surgical LAA closure, particularly since it is being widely performed on a routine basis but with little supporting evidence. “This is an interesting study that gives us a sign that this is the right way to go, but we need a bigger study,” he said.

The lack of complications is important, Kristensen continued, noting that surgeons likely consider this add-on procedure relatively trivial. “But I’m sure that if you use this on a routine basis I fear that in some instances you will get more complications, like bleeding. I’m not a surgeon, but I would think that’s important and I think calls for a larger confirmatory study.”