The findings seem to confirm results from the HEAT PPCI trial, but only another trial will answer remaining questions. 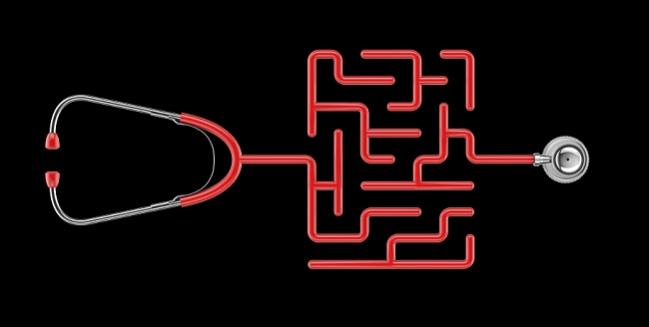 When patients with STEMI undergo primary PCI via transradial access, the choice between bivalirudin and heparin may not matter that much, findings from a large US registry suggest. But experts agree that only another randomized trial can definitively resolve lingering issues regarding the optimal anticoagulation choice in this setting.

In the National Cardiovascular Data Registry (NCDR) CathPCI Registry, there were no differences in rates of major bleeding or death, MI, or stroke based on treatment with bivalirudin or heparin, although acute stent thrombosis occurred more frequently with bivalirudin, Ion Jovin, MD, ScD (Virginia Commonwealth University and Hunter Holmes McGuire VA Medical Center, Richmond, VA), and colleagues report in a study published online May 17, 2017, ahead of print in JACC: Cardiovascular Interventions.

I’m not sure that we’re ever going to see a randomized trial on this issue again, so we’re going to be left with everybody doing what they think is best. Ion Jovin

Nonetheless, the findings are not likely to settle uncertainty stemming from the conflicting results of prior randomized trials as to which approach to anticoagulation is best, despite the large number of patients included in the analysis, according to Jovin. “It’s not definitive,” he told TCTMD.

“If we want to settle this we need to do a randomized trial, but I’m not sure that we’re ever going to see a randomized trial on this issue again, so we’re going to be left with everybody doing what they think is best,” Jovin said, pointing out that it’s unlikely anybody would pay for such a trial, especially now that generic versions of bivalirudin are available.

In an accompanying editorial, Harold Dauerman, MD (University of Vermont Medical Center, Burlington), notes that the HEAT PPCI trial, which saw more than 80% of primary PCIs performed via the radial artery, addressed the issue of bivalirudin versus heparin in transradial procedures—which carry a lower risk of bleeding overall compared with femoral interventions—but has been criticized for taking place at a single center, employing glycoprotein IIb/IIIa inhibitors (GPIs) at a low rate, and lacking a post-PCI bivalirudin infusion.

Additional trials and national registry studies—which have provided inconsistent findings—have not helped clarify the situation, Dauerman says. Thus, he argues, “if we really want to know whether bivalirudin is needed in radial-based primary PCI, we need to repeat [HEAT PPCI].”

A transatlantic trial with 1,000 patients undergoing transradial primary PCI randomized to heparin alone or bivalirudin—with a GPI bailout rate below 20% in both arms and routine use of a 2-hour infusion after the procedure—is possible, he says.

“Until this trial is run, the large national registries will show us how our nations compare but tell us little about who is actually right,” Dauerman concludes.

A Look at the United States

Jovin and colleagues looked at data from the NCDR CathPCI Registry on 67,368 patients with STEMI who underwent transradial primary PCI between July 2009 and September 2015. Most (56%) were anticoagulated with heparin, and the rest received bivalirudin. Concomitant use of GPIs declined over time in heparin-treated patients—from 79% in 2009 to 47% in 2016—but remained relatively steady at 21% to 23% in bivalirudin-treated patients.

Until this trial is run, the large national registries will show us how our nations compare but tell us little about who is actually right. Harold Dauerman

In one in which patients receiving GPIs were excluded, bivalirudin was associated with a lower risks of death, MI, or stroke, as well as major bleeding.

Which anticoagulant is the better choice for transradial primary PCI remains an open question, and Jovin et al indicate that it remains unclear why there were no differences on most outcomes in this analysis.

“Whether the lack of differences in the patient groups anticoagulated with bivalirudin and heparin found in this study is mostly related to the fact that we selected only patients who underwent primary PCI via the transradial approach, which is known to lead to fewer access-site bleeding events, or whether it is related to a better understanding and more judicious use of anticoagulation in the setting of acute intervention is unclear, but our data are consistent with data from contemporary studies of patients with acute coronary syndrome and ST-elevation MI,” they write.

The high use of GPIs in this study “is important because it was thought that the use of [the agents] was a significant contributor to the increased rate of bleeding and the poorer outcomes with heparin,” the authors say. “Our data suggest that in transradial primary PCI this may not be an issue.”

They add that the findings of the study support the equipoise of bivalirudin and heparin for transradial procedures, and point out that in current US guidelines both drugs have a class I indication for primary PCI.

“As the number of transradial procedures increases in the US, this issue will become more important because of the cost difference between the two agents,” Jovin et al say. “Bivalirudin is easier to use: it has a rapid onset, it does not need ACT monitoring during PCI and, according to the findings of the MATRIX study, does not need to be infused post-PCI. This will have to be balanced against its cost in a cost-effectiveness analysis.”

Access Denied: Stem Cell Therapy Shows Some Promise in Refractory Angina, but Patients Can’t Get It

No Differences Between Bivalirudin, Unfractionated Heparin in ACS Patients With or Without ST Elevation: MATRIX