Leaflet thickening is relatively common but often inconsequential, and valve durability seems to be good out to 5 years. 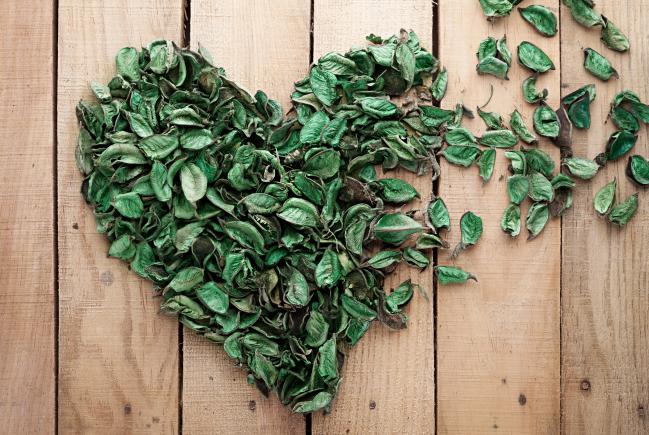 Two new studies of patients undergoing balloon-expandable TAVR suggest that leaflet thickening is relatively common but often inconsequential and that the durability of the procedure out to 5 years is comparable to what’s seen with surgical valve replacement.

In the first study, by Ryo Yanagisawa, MD (Keio University School of Medicine, Tokyo, Japan), and colleagues, hypoattenuated leaflet thickening (HALT) was observed in 14.3% of patients within a year of undergoing TAVR with the Sapien XT valve (Edwards Lifesciences). No clinical events accompanied the finding.

And in the second study, led by Melissa Daubert, MD (Duke University Medical Center, Durham, NC), serial transthoracic echocardiography performed in patients undergoing TAVR or surgery in one of the cohorts of the PARTNER 1 trial showed that valve performance and cardiac hemodynamics were generally stable through 5 years of follow-up in both groups.

The studies—published online December 21, 2016, ahead of print in JACC: Cardiovascular Imaging—speak to how TAVR fares over time, an issue that has taken on greater importance as the procedure is starting to be used in younger and lower-risk populations.

Some key previous studies have sparked that discussion. An analysis published in October 2015 by Raj Makkar, MD (Cedars-Sinai Heart Institute, Los Angeles, CA), et al showed that 40% of patients in a trial of the Portico valve (St. Jude Medical) and 13% of those in two registries had reduced leaflet motion, a condition that seemed to be less prevalent in those receiving anticoagulation. And in a study presented earlier this year at EuroPCR that more directly addressed the durability issue, Danny Dvir, MD (St. Paul’s Hospital, Vancouver, Canada), and colleagues found that signs of valve degeneration were frequently seen in patients who survived at least 5 years after TAVR.

However, more recent studies, including several presented at TCT 2016, have provided some reassurance about TAVR’s mid-term durability.

Based on imaging findings and relationships with anticoagulation, HALT and reduced leaflet motion are hypothesized to be due to leaflet thrombosis, which in turn could impair the long-term durability of TAVR.

To take a more detailed look at the issue, Yanagisawa et al examined data on 70 patients who underwent TAVR with the 23- or 26-mm Sapien XT valve at their center between October 2013 and January 2015. All patients received dual antiplatelet therapy for 6 months and underwent follow-up with multidetector CT (MDCT).

HALT area correlated with the degree of reduced leaflet motion (P = 0.03). The imaging finding was more frequent in men and in patients who received the 26-mm valve and was associated with a larger sinus of Valsalva.

Treating physicians did not administer additional anticoagulation in response to finding HALT, but clinical events were rare. There was one death and one TIA, but both were in patients without HALT.

The elevation in D-dimer levels and lower platelet count in patients with HALT, the correlation between HALT area and reduced leaflet motion, and the occurrence of one case of spontaneous regression of HALT “suggest that HALT represents [transcatheter heart valve] thrombus, influencing leaflet mobility once it accumulates to more than a certain threshold,” the authors say, acknowledging, however, that thrombus was not confirmed.

In an accompanying editorial, Jonathan Halperin, MD, and David Zagha, MD (Mount Sinai Medical Center, New York, NY), point out that “mounting evidence supports the view that HALT represents a stage in the development of prosthetic valve thrombosis,” but state that histopathological confirmation is needed.

It also remains unclear, they say, whether anticoagulation is helpful in patients with subclinical HALT.

“At this point, the risk of developing prosthetic valve thrombosis after TAVR does not seem high enough to warrant anticoagulating every patient, particularly since candidates for TAVR typically have comorbidities placing them at risk of bleeding complications even during dual antiplatelet therapy,” Halperin and Zagha write.

“Before clear recommendations can be developed,” they conclude, “it will be necessary to clarify the long-term implications of HALT, the optimum intensity and duration of anticoagulation, and additional features of patients, valve types, and deployment protocols that most often predispose to valve thrombosis.”

Durability Out to 5 Years

In their study, Daubert et al note that “long-term valve performance is of particular interest in light of recent concerns over reduced AV leaflet motion and possible subclinical thrombosis in both TAVR and bioprosthetic [surgical AVR].”

In both the TAVR and surgery groups, there were no changes in AV area, AV area index, AV mean gradient, or Doppler velocity index, with declines seen in peak AV and LV outflow tract velocities and in-stent velocity.

Total, transvalvular, and paravalvular aortic regurgitation (AR) did not change in either group, and no patients had severe AR at any time.

“The absence of progressive AR, particularly paravalvular AR, is supportive of good long-term valve durability and reassuring given that previous studies have shown that the development of even mild paravalvular regurgitation following [surgical AVR] or TAVR is associated with increased mortality,” they authors write.

There were no major changes in cardiac structure and function, although LV mass index regressed in both groups (P < 0.0001 for both).

In terms of clinical outcomes, rates of stroke/TIA, MI, and repeat hospitalization among patients who survived to 5 years did not differ between those who underwent TAVR and those who underwent surgery. Although it was not commonly seen, an increase in mean gradient of greater than 10 mm Hg was associated with poorer outcomes.

The authors also performed a secondary analysis of patients who died within 5 years, which revealed that sudden worsening of valve performance was not frequently seen before death.

In an accompanying editorial, Patricia Pellikka, MD, and Jeremy Thaden, MD (Mayo Clinic, Rochester, MN), say the study gives “us an important early glimpse into the durability of the Sapien balloon-expandable TAVR valve in long-term follow-up,” adding that the results “are encouraging and indicate that structural degeneration is uncommon at 5 years in surviving patients.”

But they note that the study is limited in that only 16% of trial participants had echoes both after implant and at 5 years, which could introduce bias.

“We must be cautious to infer that these results would apply to all patients with TAVR, all types of TAVR valves, or to extrapolate durability beyond 5 years,” Pellikka and Thaden write. “Importantly, there are no data on TAVR durability in younger patients, where the durability of surgically implanted bioprosthetic valves is known to be decreased.

“As we consider TAVR valve implantation in younger patients with fewer comorbidities and potentially increased longevity,” they conclude, “it will be critically important that we agree on a definition of structural degeneration in TAVR valves and that we obtain longer-term follow up in larger numbers of patients to ensure safety.”