A potential stroke benefit with left radial access could be related to the lower amount of catheter manipulation needed, experts say. 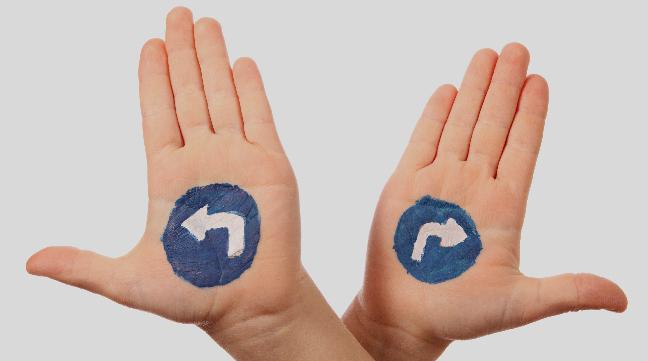 For patients undergoing transradial PCI, procedures done through the left arm compare similarly in terms of outcomes to those on the right, with the former potentially conveying a small benefit with regard to stroke, according to new registry data.

“Our study [is] the first one to show that there is a reduction in PCI-related stroke, which is an important but devastating complication which can be avoided, if you go from the left side,” lead study author Muhammad Rashid, MBBS (Keele University, Stoke-on-Trent, England), told TCTMD. “The take-home message is more about developing programs and breaking this mental barrier that left-side access is difficult. I think it's developing a culture where, by all means, you can start off a procedure from the right side, but where left-sided access is given equal preference.”

Radial artery access has become the default over transfemoral procedures in much of Europe, and is gaining traction in the United States. Due to the way most cath labs are set up, operators stand on the patient’s right side, so right radial access is ergonomic and often the most practical approach. However, past studies have shown left-sided access to be associated with shorter procedural and fluoroscopy times and a quicker learning curve.

For their study, published online May 16, 2018, ahead of print in JACC: Cardiovascular Interventions, Rashid and colleagues looked at data from the British Cardiovascular Intervention Society database on 342,806 transradial PCI cases performed between 2007 and 2014. Only 4% of cases overall were performed through the left radial artery—mostly in patients with a history of CABG, shorter individuals, and those at higher risk due to age and comorbidities—although the rate increased from 3.2% to 4.6% throughout the study period.

Notably, for the 35,388 patients who underwent multiple procedures, only 72% whose initial procedure was through the right side had repeat right radial PCI, with 23.5% switching to femoral and only 4.5% to left radial access. The prevalence of a second right radial PCI was even lower in women (65%) and those older than 75 years (70%).

Rashid said the outcomes related to MACE, mortality, and bleeding complications are unsurprising. “I wouldn't expect them to change because we are not comparing radial access and femoral access or a different site access. It's still the same artery. We're just going through a different arm.”

However, he said he was expecting to see some difference in stroke between right and left radial access, but since stroke “is such a rare complication after PCI, we [thought we] may not be able to detect that difference in this sample. And as is shown in our adjusted outcomes, although the trend was toward a lower risk of stroke in the left radial access cohort, this did not reach statistical significance. However, when we look at the propensity score-matching analysis . . . there did turn out to be a [statistically significant] reduction in stroke in patients having PCI through left radial artery.”

Commenting on the study for TCTMD, Robert Yeh, MD (Beth Israel Deaconess Medical Center, Boston, MA), called the potential decrease in stroke “tantalizing,” suggesting that it could “be a consequence potentially of the increased catheter manipulation” needed when using the right radial artery.

“It's such a small effect size on an absolute scale that there's no way a randomized trial could ever be powered to demonstrate this small effect. It could be not one that is sort of clinically meaningful,” he added. “At the same time, I'd love to see whether or not those results would also be seen in a large registry in the United States, for example.”

Kiemeneij and Hassan say that a “disturbing finding” of the study was the fact that one-quarter of patients who had a prior radial PCI were referred for femoral for their second procedure. “Information about right radial artery patency is lacking in this analysis, as well as data concerning previous diagnostic coronary angiography,” they write. “Such information would provide significant insights regarding the decision of access switch. If radial artery occlusion was the predominant driver to proceed via femoral approach, this would certainly be a focus for procedural improvement.”

Yeh guessed that it could be that maybe the radial artery simply becomes a less viable option after each procedure. “If that's the case, then we really need to think about doing a better job of preventing radial artery occlusion, and there are methods that we use, such as using patent hemostasis to try and achieve that,” he said. However, it could also be that operators or patients “had a bad experience using the right radial artery before and felt like they needed a switch the second time around.”

It’s not necessarily a bad sign that this proportion of patients was referred for femoral PCI on the second procedure, Yeh added. “I'm not sure the expected number should be 100% would get radial the second time if a lot of femoral is happening out there in the community. It could have just been random,” he said.”

Still, Rashid said he believes that a left radial procedure would generally lead to better outcomes compared with transfemoral PCI in these patients undergoing the procedure again. “At the end of the day this is about patient care and patient safety, so if you can offer a safe and a quicker procedure from a left radial than a femoral, then I would advocate increased practice of left radial rather than switching access site to the femoral.”

This issue is particularly pronounced in larger patients and in those with limited shoulder and elbow mobility because it becomes harder to bring the patient’s left arm to their right side, they continue. “This forces the operator to bend over the patient, coming in close proximity to the radiation source with exposure to higher doses of scatter as result.”

Rashid, Yeh, and the editorialists all mention the novel left distal radial approach, where the left radial artery is accessed through the “snuffbox” in the left hand, as a potential solution to this problem. “That definitely is an access site that moves the sheath closer to the operator and allows the patient to put his or her hand in a more comfortable position,” Yeh explained, adding that his institution has had “good results” with it. “The access site is slightly harder to obtain than radial in the traditional approach, but certainly with ultrasound or the right technique, it's quite feasible.”

Kiemeneij and Hassan write that this technique is “young and still needs validation, [but] its use is getting more and more popular.”

Ultimately, Rashid said this is “an important study . . . showing real-world practice in terms of right versus left radial access site practice. Certainly, it shows us areas where we need to improve upon and where research development needs to be focused around. I think it will help the interventional community in terms of clinical practice and improving patient care,” he concluded.

Learning from the Left Quicker for Radial Procedures