PURE researchers suggest aiming for a minimum of three to four servings per day—a more realistic and affordable target for lower-income countries. 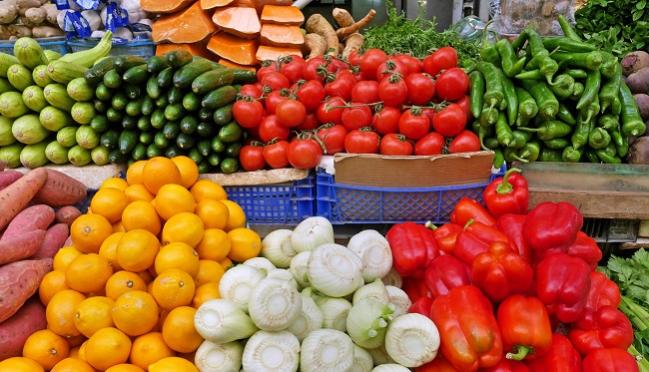 BARCELONA, Spain—Eating more fruit, vegetables, and legumes is associated with a significantly lower risk of noncardiovascular and total mortality, according to results from the large Prospective Urban Rural Epidemiology (PURE) study.

While those results might not be particularly surprising, the benefits of fruit, vegetables, and legumes topped out at around three to four servings per day—eating any more than that was not associated with further reductions in the risk of death.

In their results presented today at the European Society of Cardiology Congress 2017 and published simultaneously in the Lancet, the PURE investigators point out that current dietary guidelines, which recommend more than five servings of fruit and vegetables per day, are unaffordable for many individuals in lower- and middle-income countries.

“The primary message is, consume three to four servings per day and you’ll significantly reduce your risk of mortality,” lead investigator Andrew Mente, PhD (McMaster University, Hamilton, Canada), told TCTMD. “You can go higher than that if you want, but you probably won’t benefit much more than you would if you ate three to four servings. If you can consume more, all the better. And opt for raw vegetables over cooked. It’s pretty straightforward.”

Mahshid Dehghan, PhD (McMaster University), one of the study co-authors, agreed with that assessment, noting the results should not be misconstrued to eat fewer fruits and vegetables than the dietary guidelines currently recommend.

“What we’re saying is that in low- and middle-income countries, people can’t afford to consume fruits and vegetables,” she told TCTMD. “In these low- and middle-income countries, let’s push people to three servings per day. It might not even be possible in some of those countries, but we’re seeing the optimal effect at this level. If you can have five or more servings of fruits and vegetables, if you can afford it, do so, but at least have three.”

The PURE study included 135,335 individuals aged 35 to 70 years without cardiovascular disease from 18 countries in North America, Europe, South America, the Middle East, South Asia, China, Southeast Asia, and Africa. Subjects were enrolled in the PURE study database between 2003 and 2013, and diet was captured using country-specific questionnaires.

“The uniqueness of the PURE study is that it covers multiple world regions, which allows us for the first time to capture the impact of both overnutrition and nutritional inadequacy,” said Mente. “We captured a broad range of intake spanning five continents, where we have both high and low levels of intake, which has never been categorized previously.”

Yet there was a significant association with fruit, vegetable, and legume intake and noncardiovascular and total mortality. Compared with individuals who ate less than one serving per day, those who ate three to four servings of fruit, vegetables, and legumes daily had a 23% lower risk of noncardiovascular mortality and a 22% lower risk of all-cause mortality. There was no mortality benefit of eating more than three to four servings per day.

Why No Effect on CVD Events?

Laura Mauri, MD (Brigham and Women’s Hospital, Boston, MA), the chair of the late-breaking clinical trials session, questioned why fruits, vegetables, and legumes had an impact on all-cause and noncardiovascular mortality but not death from cardiovascular causes, MI, or stroke.

In reply, Mente said while there was no benefit on cardiovascular mortality and outcomes, the trend was in the right direction with increasing consumption. For example, there was a nonsignificant 10% reduction in the risk of major cardiovascular events at the highest level of fruit and vegetable consumption (≥ eight servings per day). “It’s something we’ll investigate in future work, but it’s hard to speculate on what drives the mortality benefit given that it’s not cardiovascular disease,” said Mente.

Salim Yusuf, MD (McMaster University), the primary investigator of the PURE study, said the results should help guide public health policy in lower- and middle-income countries, but can even provide assurances for anyone struggling with the cost of food. “Fruits and vegetables are amongst the most expensive part of a healthy diet,” said Yusuf. “What we’re saying is moderation. I know a lot of people might be upset with our results.”

Yusuf, along with Mente, said that with most essential nutrients, there is a “sweet spot” between toxicity and health outcomes. “We have to think of nutrition as physiological,” said Yusuf, noting that too much or too little of anything isn’t a good thing. The bottom line, he said, is that public health policy advocates, as well as physicians, shouldn’t make individuals feel guilty if they can’t eat six to eight servings of fruits, vegetables, and legumes per day.

In an editorial accompanying the study, Estefania Toledo, MD (University of Navarra, Pamplona, Spain), and Miguel Martinez-González, MD (Harvard University, Boston, MA), state that the consistent findings showing a benefit of eating fruits and vegetables should be accompanied by broad public health actions to help foster their consumption. Such action would also need to include policies that help lower their cost and to ensure people eat a balanced diet.

“Increased consumption of fruits and vegetables should be at the expense of reducing other foods and drinks, such as sugar-sweetened beverages, red and processed meats, saturated and trans fat, refined cereals, and sugar-rich desserts, not in isolation or as a mere addition to the rest of the dietary pattern,” they write.

Sodium Wars: Where Some See Linear Link With All-Cause Death, Others See No Need to Change Western Ways