Even small reductions in LDL and BP along with lifestyle and diet changes can have a positive effect on cardiovascular health. 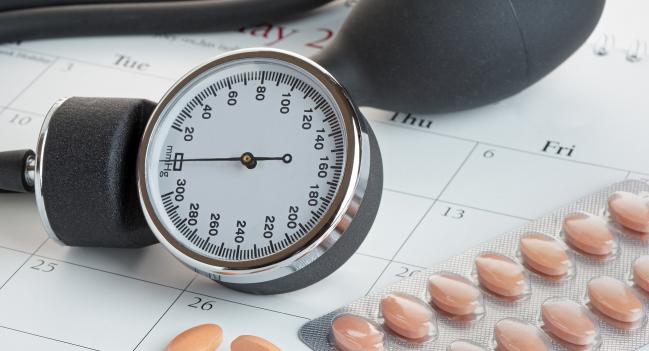 PARIS, France—Genetic predisposition to lower LDL cholesterol and systolic blood pressure levels over the course of a lifetime are associated with a lower risk of cardiovascular disease, new research shows. Importantly, even relatively small reductions in these two risk factors yields a significant boost in terms of cardiovascular disease prevention.

The results, which were presented during a Hot Line session at the European Society of Cardiology (ESC) Congress 2019, also strongly support the new ESC guidelines for the management of dyslipidemias that focus on a lifetime approach to cardiovascular risk reduction and lifestyle interventions to achieve lower LDL cholesterol goals at all risk levels.

Numerous trials to date have shown the cardiovascular benefits of lowering LDL cholesterol and systolic blood pressure, and mendelian randomization studies have suggested the clinical benefit of lower levels increases over time. The purpose of the present study, said Ference, was to quantify the effect of prolonged exposure to both lower LDL cholesterol and low systolic blood pressure on cardiovascular risk given that a long-term randomized, controlled trial would take decades to complete, is impractical, and is unlikely to occur.

Individuals were “naturally randomized” into four groups based on their genetic “lifetime exposure” to LDL cholesterol levels and systolic blood pressure:

When combined, the benefits were additive. Those with LDL cholesterol and SBP risk scores higher than the median had a 39% lower risk of major coronary events. When scaled to a 38.67-mg/dL reduction in LDL cholesterol and a 10-mm Hg reduction in systolic blood pressure, major coronary events were lowered by 78%. Additionally, major cardiovascular events were lowered by 73%, nonfatal MI by 75%, ischemic stroke by 49%, and coronary death by 68%.

Frank Ruschitzka, MD (University Hospital, Zürich, Switzerland), who chaired the morning press conference, said the study results are not particularly surprising, but the genetic analysis reinforces the importance of primary prevention for reducing the lifetime risk of cardiovascular disease. Even small improvements in cardiovascular risk factors can have a significant impact given that the benefits accrue over time.

“The exposure over time [to elevated LDL and systolic blood pressure] has a huge impact,” he said. “Our studies don’t address that. They’re usually 5 or 7 years, but a study over 20 or 30 years isn’t doable. Yet we ask our patients when we diagnose them at 40 years old to take [a medication] for the next 40 or 50 years.” Even just a 10-mm Hg reduction in systolic blood pressure can have a massive impact, he said. “If a patient develops hypertension around 35 or 40 years, that’s 1.5 billion heartbeats against high blood pressure.”

Jemma Hopewell, PhD (University of Oxford, England), the scheduled discussant following the late-breaking presentation, said that randomized clinical trials testing various lipid-lowering strategies have shown that each 1-mmol/L reduction in LDL cholesterol lowers cardiovascular risk by 20% to 25%. Medium-term observational studies have shown the risk is lowered by approximately 30%. Longer-term mendelian randomization studies, on the other hand, have shown that risk is lowered by approximately 55% for each 1-mmol/L reduction in LDL cholesterol. Similar observations are observed in blood pressure.

While the present study underscores the importance of lower LDL cholesterol and blood pressures over the lifetime, Hopewell pointed out that the estimates in this paper relate to genetic predisposition to these risk factors. As such, estimating event reduction due to long-term medication use might not be entirely accurate, she said.

MITRA-FR at 2 Years: Still No Benefit of MitraClip Over Meds