The researchers say the independent predictors of late vs early discharge identified in their study may be useful in developing risk scores. 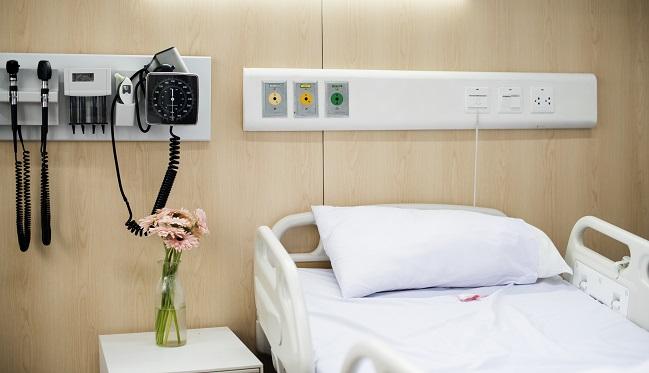 SAN DIEGO, CA—An analysis of patients from a large, nationwide database suggests that patients who stay in the hospital more than 72 hours after undergoing TAVR are more likely to die within a year than those with shorter stays.

“Regardless of the presence or absence of in-hospital postprocedural complications, delayed discharge was a significant predictor of 1-year all-cause mortality,” said study author Siddharth Wayangankar, MD (University of Florida, Gainesville). Speaking with the press ahead of his presentation today at the Society for Cardiovascular Angiography and Interventions 2018 Scientific Sessions, he added that delayed discharge also was associated with a higher incidence of bleeding that required hospitalization. Separation of the curves was noted immediately postprocedure and continued to diverge.

For the study, Wayangankar and colleagues examined length of stay trends and looked for independent predictors of delayed discharge (> 72 hours after TAVR) among 24,285 patients who underwent a first transfemoral TAVR between 2011 and 2015 and were included in the Society of Thoracic Surgeons/American College of Cardiology (STS/ACC) TVT Registry.

The steep decline in delayed discharge was similar across all risk groups of patients who were discharged directly home.

Conversely, independent predictors of early discharge were prior pacemaker, implantable cardioverter-defibrillator, MI, or CABG as well as smoking, moderate or severe aortic insufficiency, valve-in-valve procedures, and use of moderate sedation.

“These two variables pretty much drove the composite outcome in favor of early discharge and against the delayed discharge group,” said Wayangankar.

Other clinical outcomes, including stroke and MI, were not statistically different between the early and delayed groups. In multivariable adjustment analyses that included in-hospital complications, delayed discharge remained an independent predictor of all-cause mortality and any bleeding at 1 year.

“This pretty much represents the national practice of the United States,” Wayangankar noted, adding that the decline in length of stay is anticipated not only to continue, but also to improve due to evolving techniques and better patient selection. He said the development of a risk score should be pursued for use by clinicians, administrators, and third-party payers.