It’s hard to draw firm conclusions about the drug’s impact, however, due to major limitations of the two analyses. 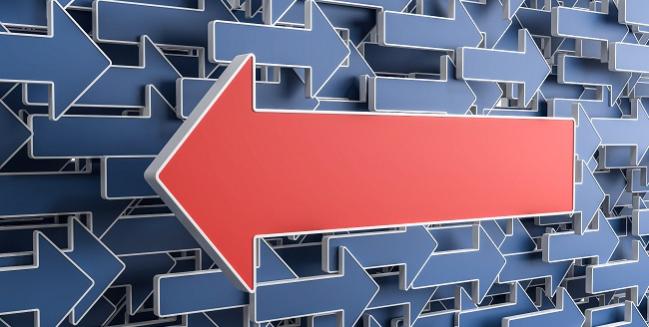 And in the other, in-hospital mortality was lowest among patients who received andexanet alfa across all bleed types compared with four-factor PCC, fresh frozen plasma, and other reversal or replacement agents.

Both studies were originally accepted for presentation at the American College of Cardiology 2020 Scientific Session, which will be held virtually starting this weekend due to the continuing threat of COVID-19.

“While we will not be certain until we have comparative randomized trial data, preliminary real-world evidence suggests andexanet is associated with lower mortality,” Craig Coleman, PharmD (University of Connecticut, Storrs), lead author of the in-hospital mortality analysis, told TCTMD in an email.

“Future research,” he said, “should attempt to better understand how clinicians choose between andexanet alfa and [four-factor PCC] (or other alternatives/none).”

Commenting for TCTMD, Jean Connors, MD (Brigham and Women’s Hospital, Boston, MA), cautioned against reading too much into either of the studies, citing critical limitations. Importantly, neither analysis was able to account for the severity of the bleeds at baseline, which could have influenced which reversal agents physicians were choosing.

“We need this information looking a practice patterns, and looking at outcomes from databases is important, but we can’t draw very strong conclusions until we do a prospective head-to-head trial,” Connors said.

Before andexanet alfa’s approval by the US Food and Drug Administration in May 2018, there were no approaches specifically developed for reversing life-threatening bleeding in patients anticoagulated with one of the oral factor Xa inhibitors, although off-label use of four-factor PCC was common.

To explore whether there might be differences in outcomes between patients receiving andexanet alfa and those receiving PCC, researchers led by Alexander Cohen, MBBS, MD (Guy’s and St Thomas’ Hospitals, London, England), examined data from the single-arm ANNEXA-4 trial, which supported andexanet alfa’s approval, and the ORANGE study, a 3-year prospective registry of anticoagulated patients admitted to UK hospitals for major bleeding. The analysis was confined to patients anticoagulated with either rivaroxaban (Xarelto; Bayer/Janssen) or apixaban (Eliquis; Bristol-Myers Squibb).

Speaking with TCTMD, Cohen acknowledged the limitations of observational data like these, but said that in the absence of head-to-head randomized trials, they’re the best currently available. Still, “knowing that, you need to be cautious about making conclusions,” he added.

The take-home message, said Cohen, is that “andexanet alfa is an antidote that rapidly and effectively reverses anticoagulation in patients on [direct factor Xa] inhibitors and that in well-matched observational data this is translating into evidence of a reduction in mortality by association. . . . I don’t think I can say this is causal, but I can say it’s a clear association.”

In their study, Coleman et al mined electronic health records from 45 US hospitals to examine outcomes among 3,030 patients (mean age 67.6 years; 53% men) hospitalized with factor Xa inhibitor-related bleeding between January 2016 and September 2019. Most patients were anticoagulated with either rivaroxaban (49%) or apixaban (45%), with only 6% taking edoxaban (Savaysa; Daiichi Sankyo) and few patients taking another factor Xa inhibitor.

For all bleeds, the in-hospital mortality rate was 4% with andexanet alfa, 10% with four-factor PCC, 11% with fresh frozen plasma, 8% with other types of treatment, and 8% with no treatment. Andexanet alfa was associated with the lowest mortality rate across bleed types.

“Our study demonstrates the distribution of bleeding types and associated outcomes with andexanet alfa management of severe or life-threatening bleeding,” Coleman said. “It provides clinicians with a better picture as to how their peers are using andexanet alfa.”

The study “was not designed or intended to make any head-to-head comparisons between agents,” he noted. However, he said the lower risk of mortality in patients treated with andexanet alfa “is certainly intriguing and has a pharmacologically plausible explanation,” suggesting that four-factor PCC “may not contain enough factor X to adequately replenish levels in oral factor Xa inhibitor users.”

‘Hard to Make a Strong Proclamation’

Connors said the idea of a targeted reversal agent for the factor Xa inhibitors makes a lot of sense, “but one of the limitations of any of the reversal agents, and this is really true too for idarucizumab [Praxbind; Boehringer Ingelheim], is that there are no head-to-head studies.”

That’s why these two new studies are important, she said. “They are a step in the right direction to harness data that we have and see how things compare, and we desperately need more information.”

But both analyses, Connors said, have major limitations, including the inability to account for differences in bleeding severity across treatment groups. It could be that physicians are using andexanet alfa for patients who are expected to have a good outcome and thus may be in better overall condition than those receiving other reversal or replacement treatments, she said. “It’s not a fair comparison.”

The findings also could be affected by the type of hospital providing care, Connors said. In the study by Coleman et al, for instance, two-thirds of hospitals were advanced primary stroke centers and 64% were Level 1 trauma centers, indicating that the types of resources available to treat patients were not consistent across study sites.

“It’s very descriptive data, and it’s hard to make a strong proclamation,” Connor said referring to the study by Coleman et al. “Certainly patients with ICH and GI bleeds treated with andexanet alfa had a lower mortality rate than use of anything else, but whether those patients were less severely compromised by the bleed or were at centers that might have higher levels of care is not clear and could impact the results.”

Cohen et al did a better job trying to account for potential confounders by using propensity score matching; even so, they were not able to account for the severity of bleeding, hemodynamic compromise, or the requirements for administering andexanet alfa versus PCC, Connors said.

For Cohen, both studies provide relatively consistent results, with about a 50% lower rate of mortality in patients treated with andexanet alfa for a wide range of bleeding types. “There’s two studies, different parts of the world, looking at real-world data and seeing something similar. So I think they lend weight to each other, but overall there are a couple of limitations,” he concluded.

Inclisiran Data in NEJM Prompt Talk of What Comes Next