More and more US hospitals are shifting toward conscious sedation, and this move is associated with better outcomes. 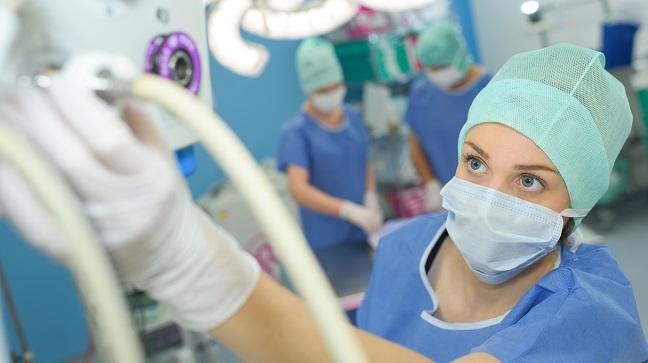 Conscious sedation during TAVR is increasingly common in the United States and is linked to better outcomes than procedures using general anesthesia and endotracheal intubation, but there is still wide variability in its use, according to the results of a new analysis.

As part of a minimalist approach, in which no interventions are needed to maintain the patient’s airway, conscious sedation was associated with better outcomes, including lower risks of in-hospital and 30-day mortality, as well as faster discharge and increased likelihood of being discharged home.

“With general anesthesia, it’s a more-invasive procedure in which you have some hemodynamic shifts, and some of these patients are very sick,” lead investigator Neel Butala, MD, MBA (Massachusetts General Hospital, Boston), referring to potential mechanisms underlying the survival benefit, told TCTMD. “They might not tolerate general anesthesia very well. Conscious sedation is a ‘lighter touch’ procedure which people tend to do better with compared with general anesthesia.”

Minimalist TAVR is growing in the US, and while definitions vary, the approach sees operators use conscious sedation with transthoracic echocardiography (TTE) over general anesthesia with transesophageal echocardiography (TEE). The evidence base supporting conscious sedation is largely observational, with those reports showing it is a safe and effective alternative to general anesthesia.

Senior investigator David Cohen, MD (Kansas City, MO), said one of the advantages of general anesthesia with intubation is the ability to use TEE since it provides excellent images of the valve. Anecdotally, however, he has seen patients injured or harmed by intubation or from TEE, and this might be one of the potential mechanisms for better survival with conscious sedation.

“In a population than is octogenarian or nonagenarian, that’s not a completely benign event,” said Cohen. “We like to think we’re perfect at these things and we try our very best, but there are complications that can occur. I think those things definitely are a piece of the [mortality] story.” Additionally, the recovery process is typically quicker with conscious sedation, he said. “I do think the message here is something the minimalist community has emphasized for years: your goal when you’re treating older, somewhat frail, complex patients is to do the least. . . . The least disturbance of their natural environment is the best we can do.”

Taking Advantage of Variation in US Practice

Only one trial to date, SOLVE-TAVI, randomized patients to conscious sedation or general anesthesia, and it showed conscious sedation was noninferior to local anesthesia with respect to a broad composite endpoint of all-cause mortality, stroke, MI, infection requiring antibiotics, and acute kidney injury at 30 days. That study, however, was underpowered to detect differences in individual endpoints.

The new analysis was originally accepted for presentation at the American College of Cardiology 2020 Scientific Session and was published March 16, 2020, in JACC: Cardiovascular Interventions. It includes 120,080 patients from 559 sites in the Society of Thoracic Surgeons/American College of Cardiology TVT Registry who underwent transfemoral TAVR between 2016 and 2019.

This is a real effect. David Cohen

“It’s been a remarkable increase in [conscious sedation] those last few years,” said Butala. “This study picks up where a previous TVT study left off, and we see a huge increase in that time frame, but it’s not all hospitals.”

With the variation across the US, the researchers could examine the association between sedation choice and clinical outcomes in an instrumental variable analysis. The statistical method allowed them to more closely approximate randomization than typical observational studies.

Howard Herrmann, MD (University of Pennsylvania Perelman School of Medicine, Philadelphia), who wasn’t involved in the study, said one of the most interesting aspects of the new TVT Registry data is the large degree of variability among centers.

I think there is concern in some hospitals that conscious sedation will lead to worse outcomes, but in that regard this study should be very reassuring in that it’s at least as safe and possibly more effective than general anesthesia. Howard Herrmann

One of the challenges in interpreting the new findings, he said, is differentiating where the procedures are performed (cath lab, OR, or hybrid OR), the type of sedation used, and how these variables interact with other aspects of the fast-track pathway. For instance, improvements in length of stay, as well as reduced costs that have been reported previously, might not necessarily be attributable to conscious sedation but to other aspects of the fast-track protocol, such as reduced use of central lines or early ambulation, among others.

Still, Herrmann said “it’s hard to argue with the mortality benefit” with conscious sedation. Even though it’s small, “it’s consistent and statistically significant in this study and in the others,” he commented.

The observed magnitude of benefit in this latest analysis is slightly less than what has been reported in propensity-matched observational studies, which suggests there might have been some confounding in those analyses, according to Butala. Nonetheless, hospitals and operators should be moving towards conscious sedation in most TAVR cases, he said.

“I think it should now be the preferred option,” said Butala. “I don’t think there’s going to be better data on it. In fact, with more centers using conscious sedation, it’s not going to be possible to do this type of [instrumental variable] analysis again. There won’t be enough variation. In a way, this will be the final chapter in my book. A randomized controlled trial is the gold standard, but to do a randomized trial for this question would require an enormous number of patients and that’s just not feasible.”

For Cohen, these new data, in addition to the previous observational studies, show there is clearly no harm with conscious sedation and offer “pretty strong suggestions of important benefits, not only mortality, although I do think mortality is most important, but also a meaningful reduction in length of stay and discharge to home.” Given their study design, Cohen asserted, the evidence moves beyond merely an association. “This is a real effect,” he said. “It’s almost as good as a randomized trial.”

Due to the observational nature of past studies, hospitals and interventionalist cardiologists might not have believed that conscious sedation was associated with any clinical benefit. Cohen noted that when the evidence is not strong, practice patterns at hospitals, rather than clinical factors, dominate how things are done. Not only that, but there is an “emotional aspect” to losing some degree of control as operators transition from TAVR with general anesthesia to conscious sedation, he said. Surgeons, for example, are accustomed to patients being completely sedated, which is controlled by the anesthesiologist, while interventional cardiologists may be more comfortable with patients being awake.

Outside of that, logistical issues might include incorporating TTE, as well as different mobilization pathways, among others, but there aren’t any real technical challenges to doing TAVR with conscious sedation, said Cohen. Butala also noted it can be difficult for hospitals to change protocols, particularly if they have been performing TAVR with general anesthesia for a decade or more.

“It’s hard to get everybody in line,” he said. “Baked into that, there may be different incentive structures. Certain heart valve team members, in terms of their role in the procedure, may benefit more from conscious sedation while others may benefit more from general anesthesia. There’s an institutional culture as well.”

To TCTMD, Herrmann said their center has evolved from an initial “maximalist” approach that required a hybrid OR, general anesthesia with intubation, and surgical cutdowns to where they opt for a form of conscious sedation in roughly 95% of cases.

“One of the issues that emerges is that the TVT Registry only allows you put in conscious sedation or general anesthesia, but there are intermediate spaces between those two,” he said. “At Penn, what we use is what’s called monitored anesthesia care. It’s a heavier conscious sedation administered by a cardiac anesthesiologist who is present in the room during the entire case. That allows us deeper sedation than we do in a cath lab environment, but not anesthesia and with no intubation.”

With monitored anesthesia care, conversions from conscious sedation to general anesthesia, which ranged in the present study from 2% to 4%, can be performed by the anesthesiologist present at the time the conversion becomes important, said Herrmann.

Statins May Have Protective Effect on Chemotherapy-Induced Cardiotoxicity