The benefit of PCSK9 inhibition in ACS patients doesn’t solely rest on the reduction in LDL, an analysis suggests. 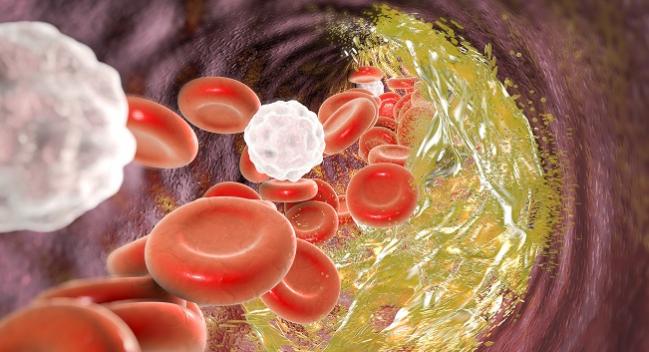 Among patients with acute coronary syndromes treated with a PCSK9 inhibitor on top of high-intensity statin therapy, new ODYSSEY Outcomes data suggest that a reduction in lipoprotein(a) contributes to the overall reduction in major adverse cardiovascular events independent of the effect on LDL cholesterol levels.

The reduction in LDL cholesterol accounted for a larger proportion of the benefit observed with alirocumab (Praluent; Sanofi/Regeneron), but the PCSK9 inhibitor-induced reduction in Lp(a) still played a role in the benefit seen in the trial, say investigators. They point out that the relative contribution of reduced Lp(a) to overall treatment benefit was “negligible” when baseline Lp(a) levels were low but became “substantial” when Lp(a) levels were elevated at baseline.

LDL cholesterol and Lp(a) each “contribute to treatment benefit based on our analysis, with reduction in LDL cholesterol playing a larger role throughout the range of baseline Lp(a) levels,” lead investigator Vera Bittner, MD, MSPH (University of Alabama at Birmingham), told TCTMD. “However, at higher baseline Lp(a) levels, the contribution of Lp(a) lowering becomes clinically meaningful.  The type of evidence we provided is clearly not sufficient to result in guideline changes. We need the randomized trials for that.”

On the clinical side of the equation, Bittner said that if she encounters a patient with elevated Lp(a) levels who has a coronary event despite taking high-intensity statin, she “would probably discuss PCSK9 inhibitor therapy with the patient, even if the LDL cholesterol is quite well controlled. Again, this is off label and not guideline supported, but clinical reasoning on a case-by-case basis [makes sense], with shared decision-making as an important component.”

Published January 13, 2020, in the Journal of the American College of Cardiology, the new study is a prespecified analysis of the ODYSSEY Outcomes trial. In the main study, which was published in 2018, adding alirocumab to statin therapy reduced the relative risk of the study’s primary endpoint (coronary heart disease death, nonfatal MI, ischemic stroke, or unstable angina requiring hospitalization) by 15% compared with statins alone. Among the alirocumab-treated patients, LDL levels were cut by more than 50% and Lp(a) concentrations were reduced by roughly 25%.

Given hopes that Lp(a) might prove to be a therapeutic target, investigators say, there has been considerable interest in whether or not Lp(a)-lowering helped the trial reach its primary endpoint and, if so, to what extent.

Among 18,924 patients in ODYSSEY, the median Lp(a) concentration was 21.2 mg/dL at baseline. With alirocumab, Lp(a) levels were reduced by 5.0 mg/dL. Calculated or directly measured LDL also includes the cholesterol in Lp(a), so the researchers subtracted Lp(a) from LDL cholesterol to determine alirocumab’s effects on the “corrected” LDL levels. After doing so, they report that alirocumab reduced corrected LDL levels by 51.1 mg/dL.

It’s intriguing to think that the benefit of these compounds may be partly explained by more than one pathway. Michelle O’Donoghue

MACE and coronary heart disease (CHD) death/nonfatal MI increased significantly from the lowest to highest baseline Lp(a) levels in ODYSSEY, with those in the highest quartile being 46% and 54% more likely to experience a MACE and CHD death/nonfatal MI, respectively, compared with those in the lowest quartile. In a fully adjusted model, one that accounted for corrected LDL levels, baseline Lp(a) levels were predictive of MACE, nonfatal MI/CHD death, and cardiovascular death. Baseline Lp(a) levels did not predict the risk of ischemic stroke or all-cause mortality. The absolute risk reductions in MACE with alirocumab were severalfold higher in patients with Lp(a) levels in the upper two quartiles versus the lower two quartiles.

For patients with higher Lp(a) levels at baseline, reducing Lp(a) with alirocumab contributed more to the overall treatment effect when compared with those who had lower levels. For example, among patients with low baseline Lp(a) levels (25th percentile), the reduction in Lp(a) with alirocumab contributed only a nominal fraction to the overall treatment effect. At the highest baseline levels (75th percentile), however, reduced Lp(a) accounted for roughly 25% of the absolute reduction in MACE.

“These estimates were very robust and didn't change when we added clinical and demographic variables to the model,” said Bittner.

Michelle O’Donoghue, MD (Brigham and Women’s Hospital, Boston, MA), who has studied the impact of Lp(a) levels in the FOURIER trial with evolocumab (Repatha; Amgen), said trying to “disentangle” the treatment effect of PCSK9 inhibition is interesting but difficult.

“This type of analysis is extremely challenging as PCSK9 inhibitors variably lower both Lp(a) and LDL cholesterol,” she said in an email. “There are also other factors at play that may travel with these two markers and serve as potential confounders. Nonetheless, it’s intriguing to think that the benefit of these compounds may be partly explained by more than one pathway.”

In terms of the big picture, Bittner said she agrees with the current US guidelines for the management of cholesterol. At present, Lp(a) is not a target for treatment, but it can be useful as a risk enhancer, according to the guidelines.

“It is a measure that helps prognosticate and may help to decide whether to treat somebody's hyperlipidemia who is otherwise right at a decision threshold,” she said. “Also, since Lp(a) is primarily genetically determined, knowing whether somebody has high Lp(a) could also prompt testing in family members and identify individuals at risk who would have otherwise not been recognized.”

Like Bittner, O’Donoghue said that while Lp(a) hasn’t quite made it to “prime time,” it’s not unreasonable to consider other high-risk features when attempting to determine who might benefit from a PCSK9 inhibitor.

“Individuals with higher Lp(a) are at higher risk of recurrent events and there is supportive evidence from randomized trials that they may benefit more from PCSK9 inhibition,” she said. “We don’t yet know whether this is true in primary-populations, but one might expect similar pathobiology to exist. Similarly, there has been a great deal of interest as to whether patients with well-controlled LDL cholesterol but elevated Lp(a) may benefit from a PCSK9 inhibitor. To date, there are a few drugs available to lower Lp(a) so the concept is appealing.”

In an editorial, Samia Mora, MD, MPH (Brigham and Women’s Hospital), writes that future studies are needed to determine if specifically lowering Lp(a) reduces residual risk. “In the interim, one-time measurement of Lp(a)—even if imperfect—is better than no measurement in patients after the acute ACS period,” she states. “This information could be useful for risk stratification, [for] clinical decision-making in selecting higher-risk patients for novel therapies, including PCSK9 inhibitors, and for cascade screening of families with inherited Lp(a) disorders.”

Randomized controlled trials testing therapies targeting Lp(a) are currently underway, but there have been questions regarding their potential for success. For example, some have argued that a very large reduction of Lp(a), somewhere in the range of 80 to 100 mg/dL, would be needed to achieve a therapeutic effect akin to a 40 mg/dL reduction in LDL cholesterol.

“Genetic mendelian randomization studies have suggested that a very marked reduction in Lp(a) may be required in order to observe benefit,” said O’Donoghue. “In that sense, it may be that only patients with the highest levels of Lp(a) stand to benefit. This will be better understood once phase III testing for these compounds is complete.”

Should Lp(a) Be Measured and Treated? Two Experts Hash Out Its Current Role