After a long decline in HF-related mortality, it’s on the rise again and disproportionately affecting younger black men and women. 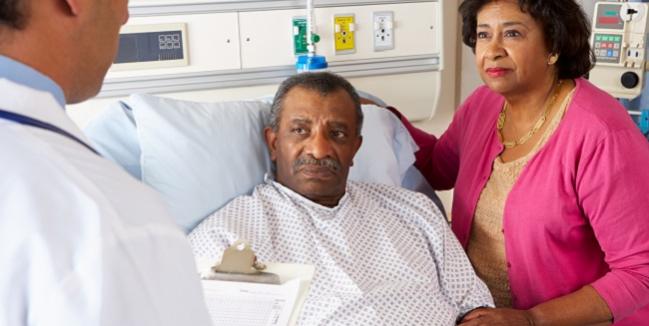 Cardiovascular deaths related to heart failure are on the upswing in the United States, and the brunt of the increase appears to be borne disproportionately by younger black men and women, according to the results of a new study.

For example, black women younger than age 65 had a nearly threefold higher risk of heart failure-related cardiovascular mortality in 2017 compared with white women, while black men had a mortality risk from heart failure that was 2.6 times greater than white men.

Speaking with TCTMD, senior investigator Sadiya Khan, MD (Northwestern University Feinberg School of Medicine, Chicago, IL), said they can only speculate on the reasons behind the heightened risk in black individuals. “We know that more than 50% of black adults have hypertension, and they also have higher rates of obesity and diabetes,” said Khan. “I think that explains a portion of the disparities. Beyond the differences in risk-factor prevalence, disparities in access to care probably contribute to inadequate prevention as well as diagnosis and management.”

Published as a research letter in the May 14, 2019, issue of the Journal of the American College of Cardiology, the study assessed the heart failure-related CVD mortality among individuals included in the Centers for Disease Control and Prevention online database for epidemiologic research. Khan noted that prior studies have shown the prevalence of heart failure is increasing in the US and is expected to increase further given the aging population and the growing prevalence of diabetes and obesity.

In their analysis, with Peter Glynn, MD (Northwestern University Feinberg School of Medicine), as first author, the overall age-adjusted rate of heart failure-related CVD mortality declined significantly from 1999 to 2012 in adults aged 35 to 84 years (78.7 vs 53.7 deaths per 100,000 people) but increased from this low point through to 2017 (up to 59.3 deaths per 100,000 people). The inflection in 2011/2012—the point in which heart failure-related mortality began to increase—was observed in all individuals, but the largest increase in mortality was observed in black men under age 65 years.

“It’s hard to pinpoint—from our data we’re unable to identify the exact causes—but the suspicion is that with the changing burden of risk factors, even with the advances we’ve made in the past two decades with therapies for heart failure, including surgical and device therapies, that we’re not able to improve mortality,” said Khan.

A current focus of National Institutes of Health is identifying and targeting social determinants of health, Khan noted. Future research should be directed at the increase in heart failure, and heart failure-related mortality, in order to identify disparities in the healthcare system possibly contributing to the increased burden on younger black men, she said.

“One of the take-home messages from this study is focusing more on prevention upstream,” added Khan. “We know heart failure is preventable. We don’t know all of the drivers of these changing mortality rates, but we do know that aggressive risk factor management, especially prevention, is critical.”