The trial confirms the gain in function seen at 90 days, with investigators reporting very few cerebrovascular events in follow-up out to 2 years. 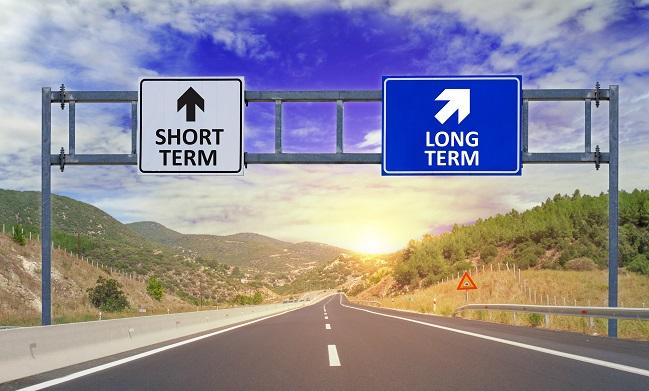 The early improvement in functional outcomes resulting from endovascular therapy in patients with acute ischemic stroke is maintained at 2 years, according to long-term follow-up of the landmark MR CLEAN trial.

The study, which initially showed the catheter-based intervention was associated with a greater shift toward a lower modified Rankin score (mRS) at 90 days when compared with conventional thrombolysis, now confirms and extends the benefit of endovascular therapy in stroke patients with a large proximal intracranial occlusion, say researchers.

Speaking with TCTMD, senior investigator Yvo Roos, MD (Academic Medical Center, Amsterdam, the Netherlands), said that while a number of clinical trials have recently shown advantages with endovascular treatment of acute ischemic stroke, among them ESCAPE, EXTEND-IA, SWIFT-PRIME, and REVASCAT, the MR CLEAN trial has the longest duration of follow-up.

That lengthy follow-up, he said, has practical applications for health policy makers interested in long-term outcomes and cost-effectiveness analyses, as well as for patients and their families who want to know what’s going to happen beyond the initial 3 months.

The results were published online today ahead of print in the April 6, 2017, issue of the New England Journal of Medicine.

The MR CLEAN trial, led by Diederik Dippel, MD (Erasmus Medical Center, Rotterdam, the Netherlands), included 500 patients with a proximal arterial occlusion in the anterior cerebral circulation. The occlusion was confirmed with imaging, and all patients were treated with the catheter-based intervention within 6 hours of symptom onset. All participants received usual care, which could include intravenous alteplase, and were randomized either to no additional treatment (control arm) or to intraarterial intervention, which consisted of catheter-based thrombolysis, mechanical treatment, or both.

To TCTMD, Roos said the results show that one out of every three patients treated with the endovascular approach returns home to care for themselves at 3 months and that these results were durable to 2 years.

Regarding the incidence of major cerebrovascular events, there were just eight events reported between 90 days and 2 years, with five major cerebrovascular events occurring during 239 person-years of follow-up in the endovascular intervention arm and three events during 235 person-years of follow-up in the control arm. The difference in vascular outcomes was not statistically significant between the two arms.

“There were very few patients who suffered from a major cardiovascular problem during those 2 years, and that seems to prove that we are quite capable of giving very good secondary prevention during the follow-up period to prevent new vascular problems,” said Roos. He noted that many patients in the trial had an acute ischemic stroke resulting from atrial fibrillation, so secondary prevention should include oral anticoagulation in addition to other medical therapies, such as statins and aspirin.

At 2 years, there was no significant difference in all-cause mortality, although the Kaplan-Meier curves had separated in the first year, suggesting a higher rate of death in the control arm. Roos said the trend toward lower mortality with endovascular therapy makes sense given that there were a larger proportion of patients incapacitated as a result of stroke in the control arm at 90 days.

Endovascular Therapy, the Standard of Care

MR CLEAN was one of a series of clinical trials that led to a change in the clinical guidelines for how physicians treat patients with acute ischemic stroke.

In 2015, the American Heart Association/American Stroke Association (AHA/ASA) updated their clinical guidelines to strongly recommend endovascular treatment in acute ischemic stroke patients meeting well-defined eligibility criteria, including a mRS score of 0 to 1 prior to the stroke, occlusion of the internal carotid artery or proximal middle cerebral artery, and the administration of tissue plasminogen activator (tPA) with 4.5 hours of symptoms onset.

In addition to these and other criteria, the AHA/ASA guidelines say that endovascular interventions should be performed at an experienced stroke center with qualified neurointerventionalists.

To TCTMD, Roos noted that health insurance is mandatory in the Netherlands, with basic insurance covering routine medical care for various procedures and treatments. For endovascular stroke therapy, the health ministry stated they required follow-up beyond 90 days and a cost-effectiveness analysis to determine the incremental costs and benefits of treatment. Given the 2-year data from MR CLEAN, endovascular therapy for acute ischemic stroke is now the Dutch standard of care for individuals with basic health insurance.

The pharmacoeconomic analysis is not yet complete, but investigators are currently working on those data, with Roos saying the results look “very bright.” They plan to present the results in May 2017 at the European Stroke Organization Conference in Prague, Czech Republic.

Joseph Broderick, MD (University of Cincinnati Gardner Neuroscience Institute, OH), who served as a principal investigator for the IMS III trial but was not involved in the present study, said the “expectation” is that the functional improvement observed at 3 months would be maintained for 2 years, but added that none of the clinical trials to date have shown this until now. For example, even the landmark National Institute of Neurological Disorders and Stroke (NINDS) Recombinant tPA trial, which was published in 1995 and was the first to show a benefit of reperfusion therapy in acute ischemic stroke patients, followed patients for just 1 year.

“The importance of the [MR CLEAN] observation is that at 2 years, we’re seeing a sustained benefit in functional outcomes,” Broderick told TCTMD. “It’s very important finding, because it provides evidence that this should be a consistent finding with the other endovascular clinical trials as well.”

For acute ischemic stroke patients, Broderick said cerebral imaging with CT is standard and thrombolysis is started as quickly as possible. If there is a CT-documented large arterial occlusion, even if the patient has started on tPA, they should be sent immediately for endovascular treatment. “Some of those may open up by the time you get there, but many of them won’t,” he said. “You’re then poised to deliver an endovascular therapy that is very time dependent.”

One of downsides to the present analysis, he noted, is that approximately 20% of patients in MR CLEAN were lost to follow-up, which makes interpreting the results a little challenging, especially since these are likely to include sicker patients or individuals who have died. Still, Broderick praised the investigators, noting the long-term follow-up will allow researchers “to make less assumptions” when analyzing the cost-effectiveness of endovascular treatment over thrombolysis alone.

Hold the tPA? Study Probes Necessity of IV Thrombolysis Prior to Endovascular Therapy for Acute Stroke