Despite evidence of better long-term patency, bilateral arterial grafts have only been used in 12% of patients since 2004. 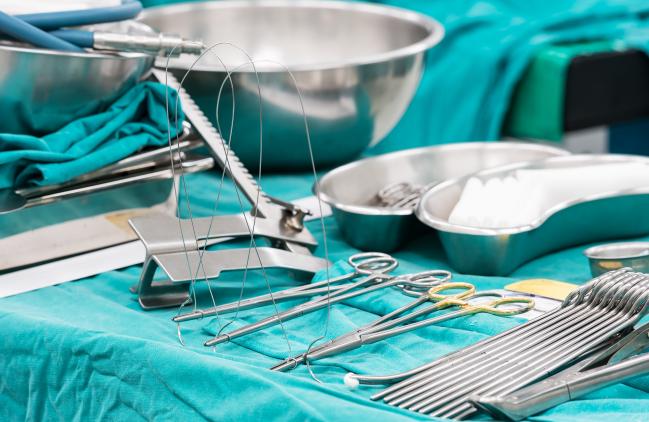 Though complex and not often used, multiarterial approaches to coronary artery bypass graft surgery—where operators use either two internal-thoracic-artery, or mammary-artery, grafts or a mammary-artery graft plus a radial artery graft—may improve outcomes in select patients compared with the standard single-arterial graft method, according to new research.

CABG methodology has not changed “dramatically” in the past few decades, and surgeons have had limited options with which to treat their patients, said study author Thomas Schwann, MD (University of Toledo, OH). The most commonly used technique bypasses obstructions using the left internal thoracic artery as the conduit to the LAD, with saphenous-vein grafts used to bypass other arteries. In recent years, operators have begun experimenting with the multiarterial approaches given the proven superior long-term patency of arterial grafts over vein grafts, and researchers have shown comparable rates of 5-year mortality but a greater risk of infection. Another study found survival advantages with multiarterial CABG over PCI with either BMS or first- and second-generation DES.

“Unfortunately, what has happened is that despite these survival advantages, . . . the national set of cardiac surgeons have not adopted this technology or these techniques widely in their clinical armamentarium,” study author Thomas Schwann, MD (University of Toledo, OH), told TCTMD.

Yesterday, Schwann presented the results of an analysis of more than 1.8 million CABG patients enrolled in the Society of Thoracic Surgeons (STS) National Database at the organization’s annual meeting in Houston, TX. Slightly more than 12% were treated with a multiarterial approach between 2004 and 2015.

Similarly, rates of deep sternal wound infection were higher for the BITA-MABG arm (1.1%; P < 0.001) and similar in the RA-MABG arm (0.7%) compared with the SABG group (0.7%). On multivariate analysis, patients treated with BITA-MABG were more than twice as likely to develop an infection.

Schwann explained that the advantage of RA-MABG over BITA-MABG is that with the former only one mammary artery is harvested, “and there is some data to suggest that if you take both of the mammary arteries away from the chest wall then you leave the chest wall without adequate blood supply.” This leaves open the greater possibility of inadequate healing and puts the patient at an increased risk for infection, “which is what we have identified,” he said.

Looking deeper at the results, however, Schwann and colleagues identified significant associations between institutional experience with either BITA-MABG or RA-MABG and rates of mortality and infection, especially at centers that perform fewer than five multiarterial cases per year. This suggests “that surgeons who are inexperienced at using multiarterial grafting may not perform at the same level as expert surgeons who have a dedication and expertise in multiarterial grafting. This gives us an opportunity for a quality improvement effort,” Schwann said.

The take home message from this study, he continued, should be that “if we are to move forward with this, then we have to be a little bit more circumspect as to how we choose patients to undergo multiarterial bypass, especially when we use the bilateral internal thoracic artery.” The ideal patient to be treated with the multiarterial method today would be someone under 70 years old without diabetes, obesity, chronic lung disease, or COPD, Schwann said. “In the past we’ve sort of had a one-size-fits-all approach to patients who need surgical therapy for coronary disease. Now that we have multiple grafting strategies, it will be important for us to define how we allocate the ideal grafting strategy to specific patients of cohorts based on their demographics and comorbidities so that we optimize both long- and short-term survival.”

Additionally, these results should in no way “discount or discourage the use of multiarterial grafting, because there still is a significant long-term survival advantage,” he continued, adding that if in need of CABG surgery today, he would opt for the multiarterial approach with an operator who performs at least “20-30%” of his or her cases this way.

Given this “day and age of healthcare resource constraint,” it’s unlikely that we’ll see a randomized controlled trial of these methods, Schwann observed, but long-term information on “death, rehospitalizations, and reoperations” will be needed to help operators make decisions in the future. His team is planning a study to link the STS data with the Medicare database to look at outcomes out to 20 or 30 years. “The aspiration here is to be able to dramatically change the practice patterns in current cardiac surgery,” he concluded.