The new findings contrast starkly with CULPRIT-SHOCK and, according to the lead investigator from that trial, should be taken with a grain of salt. 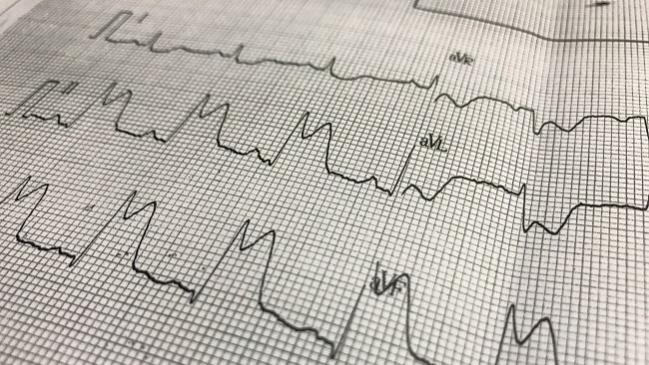 Data from KAMIR-NIH, a nationwide Korean registry, show that patients with STEMI and multivessel disease who present with cardiogenic shock stand to derive both a lower risk of all-cause death and less need for repeat revascularization in a noninfarct-related artery (non-IRA) by 1 year when they undergo complete revascularization. The findings, researchers say, suggest the more comprehensive approach is a “reasonable strategy to improve outcomes” in this complex patient population.

That conclusion may give cardiologists whiplash, given the starkly different findings in the recent CULPRIT-SHOCK trial. As reported by TCTMD last October, the randomized trial found culprit-only PCI with the option to perform staged revascularization of nonculprit lesions lowered the 30-day risk of death compared with immediate revascularization of all significant nonculprit lesions.

Based on CULPRIT-SHOCK, experts at the time predicted the findings would prompt changes to European and US practice recommendations. In Europe, guidelines currently recommend considering immediate PCI of nonculprit lesions in patients with cardiogenic shock. In the US, appropriate use criteria say it’s appropriate to perform multivessel PCI if cardiogenic shock persists after treating the culprit lesion.

Now, the Korean researchers are questioning whether any updates to guidance are in fact warranted, given the findings from their registry. “As real-world data reflecting contemporary practice, [our results] might support the current recommendation of the guidelines,” they conclude. Their paper was published online this week ahead of the February 27, 2018, issue of the Journal of the American College of Cardiology.

Contacted by TCTMD, however, CULPRIT-SHOCK investigator Holger Thiele, MD (Heart Center Leipzig-University Hospital, Germany), said he remains unconvinced. “It is just a registry, and registries are always prone to bias and usually lead to misleading results in comparison to a randomized trial such as CULPRIT-SHOCK,” he said via email. Indeed, he continued, “This is why we performed CULPRIT-SHOCK.”

There was no difference in new requirement for renal replacement therapy by 30 days between the two groups, with an overall rate of 3.3%.

The reduction in 1-year death risk was consistent irrespective of patient age or sex; the presence of cardiac arrest, diabetes, chronic kidney disease, and LV dysfunction; culprit lesion location; lesion complexity; use of second-generation DES; and use of mechanical support.

Looking for a Game Changer

The registry results do not erase doubts raised by CULPRIT-SHOCK, according to an accompanying editorial.

On the other hand, “multivessel PCI may also lead to harm due to increased procedural time, more contrast use, increased thrombogenicity, and less effective enteric absorption of antiplatelet agents, which in turn may lead to higher rates of stent thrombosis (potentially in multiple vessels simultaneously),” Henriques and Claessen note.

It is just a registry, and registries are always prone to bias and usually lead to misleading results in comparison to a randomized trial such as CULPRIT-SHOCK. Holger Thiele

Plus, as Thiele noted to TCTMD, the latest report is inconsistent with two others from the same group. “The KAMIR registry now has three publications with divergent results on multivessel PCI in cardiogenic shock,” he commented. “This is surprising and usually does not indicate high scientific value.”

The first of those papers, published in Critical Care Medicine in 2014, showed no mortality benefit with complete revascularization in the KAMIR-NIH population at a median follow-up of 224 days, while the second, published 1 year later in Heart, found no significant differences in the unadjusted risks of all-cause death or any revascularization at a median follow-up of 194 days.

Yet Hahn emphasized in an email to TCTMD that these reports spanned different years of study and durations of follow-up. For the 2014 paper, patients were enrolled between November 2005 and September 2010, whereas the current paper reported on a subsequent 4-year period. “There are several substantial differences between the two analyses: stent type (first-generation versus second-generation DES); introduction of new potent P2Y12 inhibitors in Korea (ticagrelor and prasugrel); and information on hemodynamic support that was only available in the current analysis,” he added.

Both the Korean researchers and the editorialists agree that it is difficult to compare between CULPRIT-SHOCK and the current report, what with the randomized versus observational designs, differences in timing of revascularization, and other discrepancies.

“Although differences in study population and study design preclude a direct comparison of the results,” it’s important to put the disparate results into context, the KAMIR investigators write. All-cause death at 30 days was higher in CULPRIT-SHOCK than in the current study at 47.4% versus 21.9%, while the use of mechanical support was similar at 28.2% and 26.7%, respectively, they point out, also citing patient crossover in the randomized trial.

Finally, they note, 24% of patients in multivessel PCI arm of CULPRIT-SHOCK had chronic total occlusions (CTOs) and by design “underwent immediate attempt for CTO revascularization, which might deviate from real-world practice for STEMI patients with cardiogenic shock.”

Hahn and colleagues suggest “the discrepancy between the two studies should be further clarified and validated in future trials.”

The editorialists also point out that “mortality rates have remained roughly similar” over the nearly 20 years since the SHOCK trial first showed a potential benefit to complete revascularization in this setting.

“It is evident that we need to improve the management of cardiogenic shock, and for that, we will have to look beyond routine multivessel PCI,” they assert. “The fundamental problem in cardiogenic shock is the inability of the heart to pump adequate amounts of blood to vital organs.”

The next “game changer,” Henriques and Claessen predict, “is going to be timely initiation of powerful mechanical circulatory support. Until then: keep it simple in cardiogenic shock and treat the culprit lesion only.”

Culprit-Vessel-Only PCI May Be Better for MI Patients with Multivessel Disease, Cardiogenic Shock