Stopped for lack of benefit and excess bleeding, the trial questions the role of anticoagulation in survivors of embolic stroke of undetermined cause. 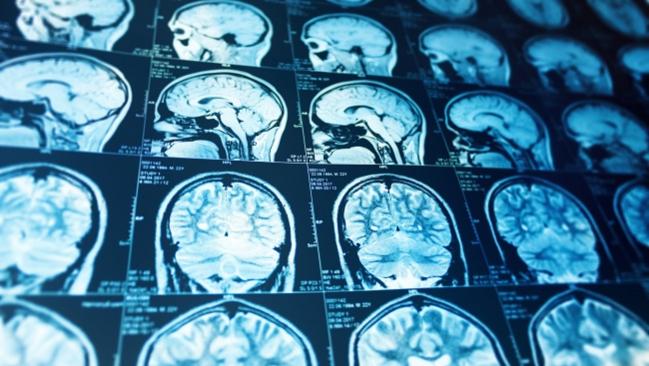 Rivaroxaban is no better than aspirin for the secondary prevention of stroke in patients with a prior embolic stroke of undetermined source (ESUS), and leads to more bleeding, according to results from a large, multicenter trial.

“We are very disappointed. I personally thought there was a high likelihood that it would show a benefit, but that’s why you do clinical trials, because what you think ought to work sometimes doesn’t,” the study’s lead author Robert G. Hart, MD (Population Health Research Institute, Hamilton, Canada), told TCTMD.

As reported by TCTMD, the trial, known as NAVIGATE ESUS, was stopped late last year by its data safety monitoring committee after an interim analysis demonstrated excess risk of bleeding in the rivaroxaban (Xarelto; Bayer/Janssen) group and no overwhelming stroke reduction compared with aspirin.

Speaking from Göteborg, Sweden, prior to presenting the full trial results at the European Stroke Organisation Conference this week, Hart said although he remains dubious, ongoing trials are looking at other non-vitamin K antagonist oral anticoagulants (NOACs) in the treatment of ESUS. The one closest to completion, RE-SPECT ESUS, is testing dabigatran (Pradaxa; Boehringer Ingelheim) 150 mg twice a day plus aspirin 100 mg once a day, or aspirin alone. At least two other trials are looking at apixaban (Eliquis; Bristol-Myers Squibb) in slightly different ESUS cohorts than the NAVIGATE ESUS trial.

“Right now for clinical practice, anticoagulation shouldn’t be used,” Hart said. “If the other trials show that dabigatran and apixaban work, then we’ll have to modify that, but for now anticoagulation has no benefit over aspirin for secondary prevention of cryptogenic stroke.”

Commenting on the study, Gregory Y.H. Lip, MD (University of Birmingham, England), told TCTMD in an email that he believes “careful and more prolonged monitoring for A-fib in ESUS patients is needed, and where A-fib is detected, appropriate oral anticoagulation can be initiated.”

As part of an international working group, Hart helped coin the acronym ESUS in 2014 to represent a subset of patients with cryptogenic stroke who have evidence of embolism as the cause. ESUS accounts for approximately 20% of ischemic strokes that are not lacunar with no proximal arterial stenosis or recognized cardioembolic source, such as A-fib or left ventricular thrombus.

We are very disappointed. I personally thought there was a high likelihood that it would show a benefit, but that’s why you do clinical trials,because what you think ought to work sometimes doesn’t. Robert G. Hart

“We felt the term cryptogenic was very nebulous and was stifling research by its very vagueness,” he told TCTMD. “[ESUS] is a step forward in a fog of cryptogenic stroke.”

Hart’s paper was simultaneously published online May 16, 2018, ahead of print in the New England Journal of Medicine to coincide with the presentation at the stroke conference.

Recurrent stroke of any type or systemic embolism, the primary endpoint, occurred in 5.1% of the rivaroxaban group and 4.8% of the aspirin group (P = 0.52) at 1 year. There were 13 hemorrhagic strokes in the rivaroxaban group vs two in the aspirin group (HR 6.50; 95% CI 1.47-28.80). By Rankin Scale score, the severity of recurrent ischemic strokes at hospital discharge was similar in both groups. For the secondary outcomes of disabling stroke, MI, death from any cause, or death from cardiovascular causes, there were no differences between the rivaroxaban and aspirin groups.

Risk of major bleeding was about twice as high with rivaroxaban than with aspirin (1.8% vs 0.7%; P < 0.001). Life-threatening or fatal bleeding, symptomatic intracranial hemorrhage, and clinically relevant nonmajor bleeding also were all significantly higher in the rivaroxaban-treated patients compared with the aspirin-treated group.

Looking for a COMPASS

In the COMPASS trial, rivaroxaban was shown to be highly effective in preventing secondary CV events, including stroke, in patients with stable vascular disease. In contrast to NAVIGATE ESUS, COMPASS used a low, twice-daily dose of the NOAC in combination with aspirin and compared it with aspirin alone. Although the patient populations of the two trials were very different, Hart said if NAVIGATE ESUS could be done over again, he likely would be in favor or replicating the COMPASS approach to the treatment arms.

“The COMPASS results really opened a lot of eyes, and makes you think that probably two lower doses instead of one higher dose is better,” Hart said. “While tempting, we can’t just apply the results of that trial to our population.”

Likewise, Lip said it remains uncertain if a low-dose, twice-a-day regimen of rivaroxaban plus aspirin would show a different result.

What is Appropriate Evaluation of Cryptogenic Stroke, and When is a Hypercoagulability Work-up Needed?