With its prognostic role “becoming quite clear,” future trials should test whether acting on FGF-23 results could influence CV outcomes, experts say. 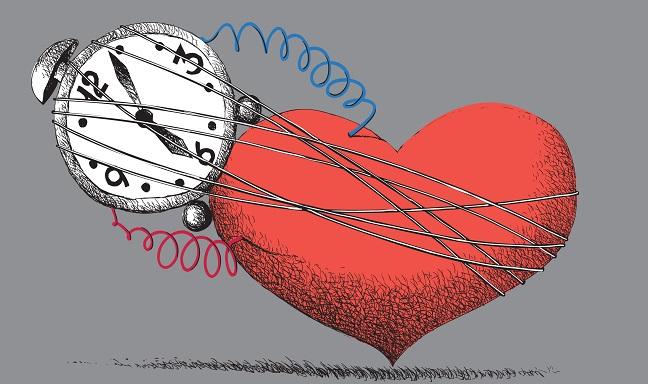 A relatively new biomarker being explored in the field of cardiac event prevention, fibroblast growth factor 23 (FGF-23), may be associated with death and secondary adverse events following ACS, according to an analysis of the SOLID-TIMI 52 trial.

“FGF-23 is a biomarker that is increasingly studied in cardiology that I think people are going to see more and more of,” lead author Brian A. Bergmark, MD (Brigham and Women’s Hospital, Boston, MA), told TCTMD. “It's role in prognosis is becoming quite clear.”

For the study, published online today ahead of print in JAMA Cardiology, Bergmark and colleagues looked at FGF-23 concentrations from 4,947 patients within 30 days of ACS who had at least one additional cardiovascular risk factor and enrolled in the SOLID-TIMI 52 trial. Those with higher concentrations of the biomarker were more often female, older, more likely to present with NSTEMI, and had a greater history of hypertension, diabetes, and MI.

In an unexpected twist, the association between the primary endpoint and FGF-23 concentration seemed to be attenuated in women (adjusted HR 1.11; 95% CI 0.70-1.76) compared with men (adjusted HR 3.11; 95% CI 2.29-4.22). This “has not been seen previously,” Bergmark said. “It could be just due to chance, but FGF-23 interacts with renal function as well as mineral status . . . and there is a clear association with menopause as well as estrogen therapy.”

Lastly, while FGF-23 levels were moderately correlated with concentrations of the biomarkers eGFR and cystatin-C, they were only weakly associated with hsTnI, hsCRP, and BNP.

Consistent With Prior Research

While the direct applicability of these findings may not be “totally obvious” given the fact that clinicians don’t use FGF-23 currently, Bergmark said “the general principle is very important, which is that patients with an acute ischemic event remain at very high risk for either recurrent ischemic events or other cardiovascular events like heart failure or cardiovascular death. Our ability to predict those events remains limited, and so these efforts to further understand who is at greatest risk and also who can most benefit from secondary prevention are really important. Our ability to do that remains quite general right now, and we have sort of a one-size-fits-all approach to secondary prevention therapy.”

Commenting on the study for TCTMD, Erin Michos, MD, MHS (Johns Hopkins School of Medicine, Baltimore, MD), said in an email that “these results weren’t surprising at all to me! I would be surprised if the authors hadn’t found an association of elevated FGF-23 with increased cardiovascular events. This is very consistent with the prior observational data that we found in community-based cohorts (ie, MESA and ARIC) of individuals free of clinical cardiovascular disease.”

Notably, the fact that FGF-23 predicted risk of secondary events independently of traditional cardiovascular risk factors, trial arm, and the other more established biomarkers of risk “suggests FGF-23 provides insight on risk that is independent of these other pathways,” she added.

Because of the nature of observational studies and the already-established association between FGF-23 and chronic kidney disease, however, it’s possible that “FGF-23 may just be a very good surrogate marker for other abnormalities in bone-mineral metabolism such as hyperphosphatemia, hyperparathyroidism, abnormal calcium homeostasis, which themselves may be causative of the adverse events,” she said.

Not ‘Ready for Prime Time’

While FGF-23 is “clearly a marker of risk,” Michos said she doesn’t think it is “ready for prime time use in secondary prevention until we know what to do about elevated levels.” Open questions include: “Do we treat post-ACS patients with higher FGF-23 differently than post-ACS patients with lower FGF-23? Should these individuals get more intensive secondary-prevention therapy? Shouldn’t everyone post-ACS get intensive secondary-prevention therapy and lifestyle intervention, already? So what can additionally be done to mitigate their risk for recurrent major CV events?”

Bergmark said there is a lot of room for future study of FGF-23 in randomized trials, especially with regard to the differences between men and women. “You can imagine trials in the future would be using biomarkers like this, and if in women there is a different prognostic value than in men, that is extremely important,” he said.

According to Michos, “the potential links of elevated FGF-23 on cardiovascular disease risk are broad, which opens the doors for many potential therapies to mitigate risk. But we need more data on how best to incorporate this risk marker in clinical practice, and we need interventional studies specifically targeting the FGF-23 pathway in secondary (and primary) prevention to guide future therapeutic recommendations.”

She called for studies exploring whether lifestyle changes or pharmacotherapies that specifically target the inflammation-pathway can reduce FGF-23 and whether these, in turn, would reduce cardiovascular events. It also would be interesting, Michos added, to know whether “dietary interventions to reduce phosphate might also have an impact on FGF-23 levels and therefore improve cardiovascular health.

Heart Transplants From Overdose Deaths Are Soaring, With Promising Results