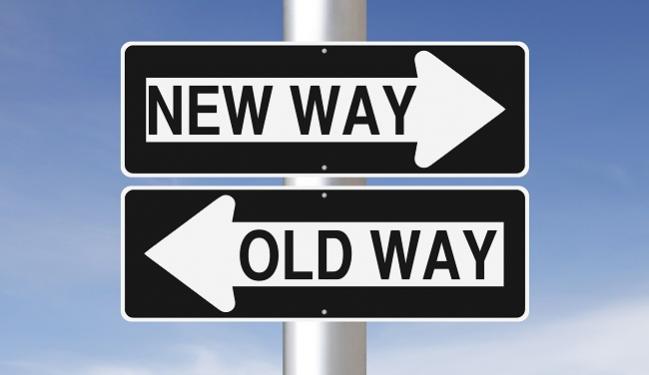 This unique disease subset has posed challenges, among them that aortic valve calcification, which plays a key role in anchoring TAVR devices, tends to be absent or mild in most cases. Recent technological developments mean that the more recent valves have features that help overcome those challenges, say lead author Sung-Han Yoon, MD (Cedars-Sinai Heart Institute, Los Angeles, CA), and colleagues. Specifically, they feature “retrievability and repositioning capacity, an external sealing cuff, and a unique anchoring mechanism with clipping of the native aortic valve cusps.”

Senior author Raj R. Makkar, MD (Cedars-Sinai Heart Institute), urged caution in interpreting the results of the study, which was published early online this week ahead of the December 5, 2017, issue of the Journal of the American College of Cardiology.

“This study should not be construed as TAVR being a routine or standard treatment for aortic regurgitation,” he told TCTMD. “What it does do is provide context: if you are in a situation where a patient is not a good operative risk, or is inoperable, then I think it is really reasonable to go ahead and consider this procedure.”

Moreover, the results show a trajectory, with not only improved devices but also more experience translating into better outcomes for these patients, Makkar added.

The Importance of Postprocedural AR

Device success was higher with the new-generation devices (81.1% vs 61.3%; P < 0.001), a difference arising from less need for second valve implantation (12.7% vs 24.4%; P = 0.007) and fewer patients having moderate or greater postprocedural AR (4.2% vs 18.8%; P < 0.001). Thirty-day outcomes did not differ significantly between the two patient groups, though there were trends toward more stroke for those receiving newer valves and more acute kidney injury for those receiving older valves (P= 0.08 and 0.07, respectively).

By 1 year, nearly one-quarter of patients had died and all-cause mortality was similar between the two groups. Cardiovascular mortality, however, was lower with the new-generation valves than with their predecessors (9.6% vs 23.6%; log-rank P = 0.008).

To some degree, postprocedural AR stems from the “challenges of the anatomy,” Makkar said to TCTMD. “Some of these patients had large annuli, and when you have large annuli, [the valves] will tend to slip and the seal will not be as good. I think some of this is technique, but some of it is lack of availability of adequate sizes of devices.

“We’ve treated patients, for example, where there was no other alternative than heart transplant and we took a chance,” he continued. “We put a device in and then it slipped, [making a combination of devices necessary]. And we were able to bail situations out.”

More importantly, the predictive value of postprocedural AR speaks to the influence of AR as a whole, Makkar observed. “Even in patients where you have treated aortic regurgitation, residual aortic regurgitation predicts outcomes and survival at a year.”

Further analyses showed aortic valve calcification, annulus size, and dilated aorta were linked to impaired procedural outcomes for earlier-generation valves, but not for new-generation devices. What this indicates, Makkar explained, is that the bigger devices now available offer more flexibility.

“You can exploit some of the newer devices more to fit some of the anatomies,” he said, mentioning the JenaValve as particularly well suited for AR patients. “The only limitation is that it’s actually a transapical procedure and the transfemoral device isn’t quite ready yet.”

On a Path to ‘Standard Therapy’?

These shifts in device design did not occur in a vacuum, stress Patricia A. Pellikka, MD (Mayo Clinic, Rochester, MN), and George Dangas, MD, PhD (Mount Sinai Hospital, New York, NY), in an accompanying editorial. Over the study’s 10-year enrollment period, other gains make it hard to tease out why patients began to see better results, they say.

“Although the authors were inclined to attribute these successes to the development of new-generation prostheses, which very likely did play a role, other differences included increases in the use of preprocedural computed tomography assessment, more frequent general anesthesia, smaller contrast volumes, and threefold increase in the nontransfemoral approach,” the editorialists write. “Technical factors related to increased operator experience, such as sizing of the annulus, use of intraprocedural echocardiography, and refinements in patient selection, may also have contributed to these findings.”

While the outcomes of patients undergoing TAVR for off-label indications such as pure native AR are indeed poorer than those being treated on-label, Pellikka and Dangas say continued improvements in device design, patient selection, and procedural practices will eventually bear fruit.

“Percutaneous aortic valve replacement will eventually become a standard therapy for isolated severe regurgitation and will save lives,” they predict.

For Makkar, what’s needed now is “proper, prospective, more rigorous studies” on existing valves, he said, as well as the development of “devices that are modified and actually more appropriately designed for aortic regurgitation patients.”

Genetic Study Hints at Role of Lipids in AAA Risk