A new study hints that arrhythmias after noncardiac surgery carry the same risks as nonsurgical nonvalvular A-fib. Just how to manage remains unclear. 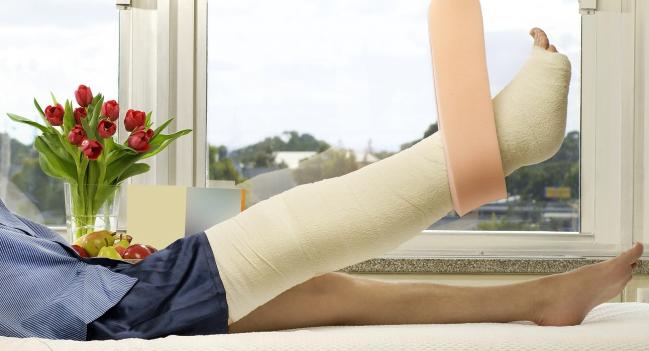 Patients who show evidence of new A-fib following noncardiac surgery are at the same long-term risk of thromboembolism as those with nonsurgical nonvalvular A-fib, according to new observational data.

“These data support that new-onset postoperative A-fib should be regarded as primary nonvalvular A-fib in terms of long-term thromboembolic risk,” write lead author Jawad Butt, MD (Copenhagen University Hospital, Denmark), and colleagues. “The question remains whether these patients should initiate oral anticoagulant therapy for the prevention of thromboembolic events.”

The researchers used Danish registries to identify 6,048 patients older than 30 years who developed postoperative A-fib between 1996 and 2015, representing 0.4% of the total population of first-time noncardiac surgical hospitalizations. Patients were most likely to develop postoperative A-fib following thoracic/pulmonary, vascular, and abdominal surgery.

Patients with postoperative A-fib were less likely to be rehospitalized for their condition compared with those with nonvalvular A-fib (adjusted HR 0.58; 95% CI 0.53-0.63). Yet postoperative A-fib was associated with a higher risk of all-cause mortality during the first year (adjusted HR 1.83; 95% CI 1.67-2.01), although this risk was mediated after 1 year and oral anticoagulation reduced it in both arms.

The mortality findings “most likely reflect the indication for surgery (ie, a higher comorbidity burden) and possibly the surgical procedure itself,” write Butt and colleagues.

Much remains unknown about the pathophysiology of postoperative A-fib, according to the authors. “In noncardiothoracic surgery, a combination of several mechanisms and factors, including sympathetic activation, systemic inflammation, electrophysiological disturbances, metabolic imbalances, hypoxia, and hypervolemia, have been proposed to provoke postoperative atrial fibrillation in predisposed patients,” they write. “The pathophysiology may likely explain the higher incidence of postoperative atrial fibrillation in the setting of thoracic/pulmonary, vascular, and abdominal surgery compared with other types of noncardiac surgery.”

In an accompanying editorial, Anne B. Curtis, MD, Hassan A. Khan, MD (Jacobs School of Medicine and Biomedical Sciences, Buffalo, NY), write that the study’s strength “is the direct comparison of outcomes after newly diagnosed A-fib after noncardiac surgery versus a nonsurgical setting. The similarity in outcomes indicates that we should likely consider that a diagnosis of A-fib . . . indicates a risk of future thromboembolic events that needs to be managed with anticoagulation, and that ‘transient’ A-fib is a misnomer.” One caveat, they note, is that Butt et al’s study did not include information on the duration of A-fib or the number of episodes, which might be relevant in determining risk of events.

Notably, anticoagulation reduced thromboembolism in both groups, Curtis and Khan write, adding that “it is important to note that healthier patients, who may have had a lower risk of stroke, may have been more likely to be anticoagulated. Thus, the true benefit of anticoagulation is yet not known.”

It has been established that longer A-fib episodes receive greater treatment and recognition, but now it is “increasingly clear” that subclinical A-fib deserves more attention, they argue. “Perhaps the best conclusion is ‘once A-fib, always A-fib,’” the editorialists conclude. “Given the low rate of A-fib after noncardiac surgery, clinical trials in this area will be difficult. However, if the results of ongoing studies show that even treatment of subclinical A-fib lowers the risk of thromboembolism in high-risk patients, extrapolating this conclusion to all patients with a diagnosis of A-fib in any setting may be warranted.”

To Treat or Not to Treat?

Commenting for TCTMD, Jeff Healey, MD (McMaster University, Hamilton, Canada), who was not involved in the study, said he disagreed with Curtis and Khan’s assessment.

Answering the question posed in the title of the editorial—should all A-fib be considered a lifelong problem requiring prophylaxis against thromboembolism?—Healey first said that “studies like this really don't prove whether or not you should treat these patients with an anticoagulant, but they do show an association.” Those who did receive a prescription in this study were in some way selected, and “you just can't understand all the biases that go into why some patients were treated and why some patients weren't,” he explained. “With atrial fibrillation, for example, we do have a tendency to overtreat low-risk patients. . . . So you can't really conclude that anticoagulation reduced stroke risk in these patients based on this type of study because of those type of biases.”

With that, Healey said postoperative A-fib “is common and clinical trials most certainly are feasible.”

Additionally, he said it is unlikely that subclinical A-fib carries the same thromboembolic risk as more prolonged episodes. “There does appear to be a gradient between the duration of A-fib and stroke risk” as evidenced by past trials, Healey argued, leaving the open question of whether these patients should be treated.

“The reality is in this modern era, where we have smart watches and smart clothing and all these new consumer devices which can detect atrial fibrillation, you have to be careful with such statements [about treating all A-fib patients with anticoagulation], because this could mean that somewhere around 15 or 20% of the population over 65 years old should go on prophylactic anticoagulant therapy for life, which is a huge implication,” he continued. “I think given the size of that problem that we shouldn't make such bold pronouncements until you have data.”

Studies that may give some answers are ongoing, Healey said, but for now “we all have to decide what to do pending the results of such trials. Probably the most common thing people do is order some type of cardiac monitoring after the patient leaves the hospital, and then if they document [A-fib] outside the perioperative setting, then they treat people. So I think that's what most people are doing.”

VTE Risk Higher in Surgical Patients Who Get Transfusions