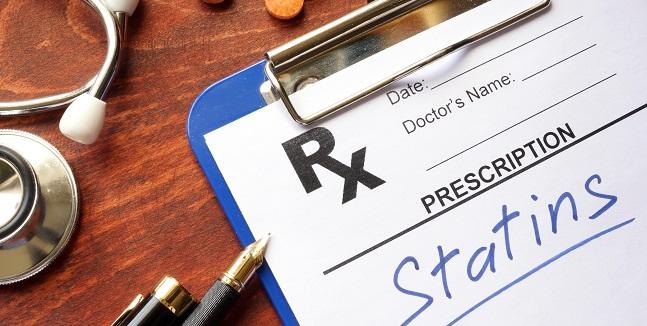 (UPDATED)  A new analysis is challenging the use of statin therapy for the primary prevention of cardiovascular disease, with researchers arguing that the lipid-lowering drugs should be more carefully considered since the absolute benefit of treatment is “marginal” in patients with lower baseline risk.

“Although statins are commonly prescribed, serious questions remain about their benefit and acceptability for primary prevention, particularly in patients at low risk of cardiovascular disease,” they write in a new analysis published October 16, 2019, in the BMJ. “Statins, in this context, may be an example of low-value care (having little benefit and potential to cause harm) in these patients and, in some cases, represent a waste of healthcare resources.”

To TCTMD, Byrne noted that changes in the European guidelines have translated into a large expansion of patients eligible for statin therapy. For example, using data from a national Irish cohort, they reported previously that 8% of patients older than 50 years would have been eligible for statins in 1987 but more than 60% were now eligible for treatment based on the 2016 guidelines. As a result, the number needed to treat (NNT) to reduce one major CVD event in the lowest-risk patients increased from 40 in 1987 to 400 in 2016.

“The eligibility has increased by a massive amount over the 30-year period,” said Byrne. “This has implications societally with cost, even though the cost of statins has dropped dramatically. We’re still spending significant amounts of money on statins. It also has consequences for the patient because lower- and lower-risk people are now becoming eligible for treatment.”

While a patient might be willing to take a drug for life if it has an NNT of 40, the equation changes significantly with the much higher NNT, she added. “From a societal perspective, if the state is refunding the cost of these drugs and we’re reimbursing increasingly low-risk people, the state isn’t getting the bang for the buck they got before,” said Byrne.

The debate over statins in primary prevention is not a new one, although experts largely concede that the biggest benefit of treatment is in patients with higher baseline risk. The 2018 American College of Cardiology/American Heart Association (ACC/AHA) cholesterol guidelines emphasize having a “discussion” about the pros and cons of starting statins for primary prevention of atherosclerotic cardiovascular disease (ASCVD), a conversation that should include a review of major risk factors, the benefits of lifestyle therapy, the potential for drug-drug interactions, and costs. Patient preferences and values are also incorporated into this shared decision-making model.

If the state is refunding the cost of these drugs and we’re reimbursing increasingly low-risk people, the state isn’t getting the bang for the buck they got before. Paula Byrne

For example, statins had no impact on mortality in low-risk patients, although treatment did reduce the risk of major coronary and vascular events by roughly 40%. For patients considered intermediate risk, the effect of statin therapy on various clinical outcomes was decidedly mixed. In an analysis that included only women, statins did not reduce the risk of all-cause mortality. The researchers also highlight how relatively large reductions in relative risk can mask the small absolute reductions in clinical outcomes in lower-risk patients, such as younger women.

Byrne noted that not only are the absolute benefits of treatment relatively small in low-risk patients, but there is some uncertainty about the benefits. For example, for a patient with a low risk of ASCVD—a 10-year risk less than 5%—the risk of dying from vascular disease is reduced 20% with a statin, but the confidence intervals suggest the risk could be reduced by as much as 57% or increased by 47%.

“If I’m considering taking a statin, I want to know what are the benefits, as in the absolute benefits, and what are the harms? And there is a whole lot we don’t know about harms,” said Byrne.

James Underberg, MD (NYU Langone Medical Center, New York, NY), who was not involved in the analysis, pointed that while women and younger patients with lower baseline risk might have smaller absolute benefits from statin therapy, ASCVD risk assessment focusing solely on the next 10 years dramatically underestimates lifetime risk. “If we rely on 10-year risk paradigms, especially in younger patients and women, we often do them a disservice,” he said. “You can take a 21-year-old and give her all the risk factors you want, but the likelihood of her having an event over the next 10 years is very low. But that doesn’t mean you wouldn’t intervene on those risk factors.”

The temporal effect of a risk factor, he told TCTMD, is often underappreciated.

John McEvoy, MD (National University of Ireland Galway/Johns Hopkins University School of Medicine, Baltimore, MD), who also was not involved in the BMJ paper, said physicians have long known statins reduce the risk of major vascular events, even in the primary prevention setting, but that the present paper reiterates the importance of assessing baseline risk and patient preference before initiating therapy.

“In my view, whether or not statins ‘work’ among patients similar to those enrolled in the trials is not in question,” McEvoy told TCTMD. “They do work. However, the number needed to treat is dependent on the baseline risk of the patient and the authors are correct that the baseline risk can vary widely among primary prevention patients, hence a wide range of NNTs. To be fair, this concept is not new and this is exactly why both the US and European guidelines incorporate both baseline risk and patient preference into their recommendations as to whether or not statins should be considered in primary prevention.”

The argument that LDL and statins are ‘fake news’ is no different than denying a person a lifesaving cancer therapy by using the argument that we need to instead put all our focus on root causes like pollution and smoking. Of course, you do both. John McEvoy

The ACC/AHA guidelines state that for adults aged 40 to 75 years without diabetes, LDL cholesterol levels ≥ 70 mg/dL, and a 10-year ASCVD risk 7.5% or greater, a moderate-intensity statin should be started if the discussion of treatment options favors it. If the 10-year risk exceeds 20%, the goal is to reduce LDL cholesterol levels by 50% or more with a high-intensity statin.

For the patient at borderline risk (10-year ASCVD risk more than 5% but less than 7.5%), the guidelines only recommend a moderate-intensity statin if other “risk-enhancing” factors, such family history of ASCVD, metabolic syndrome, chronic kidney disease, or inflammatory disorders, among others, are present. Depending on the patient, a moderate- or high-intensity statin is recommended in patients at intermediate risk (10-year ASCVD risk 7.5% or greater, up to 20%), with the ACC/AHA guidelines stating physicians can use CAC screening to help guide treatment decisions.

Overall, Underberg called the new review informative and reasonable, pointing out that it raises the importance of baseline risk when determining who will benefit from statin therapy and the key differences between absolute and relative risk. Equally important, the review highlights the role of shared decision-making, which is a critical component of the 2018 US guidelines.

However, the reviewers didn’t give enough credit to the use of risk-enhancing factors included in the guidelines, he felt. The decision to start a statin goes beyond 10-year ASCVD risk to include these other risk-enhancers and helps identify the patients most likely to benefit from treatment. “That’s where our new guidelines, I think, really did a great job,” said Underberg. “There are other things we can use to tease out risk and to make a better decision in the primary-care population.”

In the guidelines, for example, issues specific to women, such as obstetric and gynecological factors that may influence risk of ASCVD, are mentioned as a means to aid shared decision-making, he said.

“We don’t tell them to go on a statin,” said Underberg, referring to primary-prevention patients. “We talk to them about the risks and the benefits and where they fit in the [risk] spectrum. Then they make a decision based on the information we give them that fit with their views, preferences, goals, and desires.”

To TCTMD, McEvoy agreed that a low-risk patient is unlikely to derive benefit or value from a statin, which is why the guidelines suggest only prescribing the drugs in patients with higher baseline risk. As for statins being a “low value” prescription, McEvoy said that while there is need to focus on the root causes of cardiovascular disease, such as lifestyle, it is unhelpful to characterize statins as the villain. Increases in personal ASCVD risk, changes in patient demographics, as well as updated clinical evidence have led to an expansion of candidates for therapy.

“In my view, when given to the right patients, statins are one of the most proven therapies we have ever developed in medicine and if you don’t believe statins work then you don’t believe in evidence-based medicine,” he said.

Finally, Byrne, Cullinan, and Smith call on the CTT collaborators to release all available patient-level data from the clinical trials, including on adverse events that weren’t part of the original studies, to independent researchers, so that these numbers may be analyzed to get an objective picture of the benefits and harms. The potential risk of adverse events can heavily influence some patients, particularly if the medication is linked with mild fatigue or nausea. Statins, they note, have been associated with an increased risk of myopathy, rhabdomyolysis, diabetes, and hemorrhagic stroke, although these events are rare, as well as with milder nonspecific side effects.

McEvoy also is on board with greater openness and transparency. In making the CTT data available to independent groups, concerns surrounding statins can be met head-on, he said. “Healthy skepticism is ultimately a good thing and while I realize that making such data open has its own risks, I believe there are ways to have the results independently verified by trusted sources.”

With respect to side effects, McEvoy said it can be a real challenge in clinical practice, noting that there are some patients who, for whatever reason, simply can’t tolerate treatment. While the “nocebo effect” might be at play, physicians need to be prepared to treat such statin-intolerant patients with high LDL cholesterol and elevated ASCVD risk with an alternative therapy. Simply ignoring high cholesterol, or not believing elevated LDL is associated with ASCVD risk, is “unscientific and dangerous,” he said.

“I realize that lifestyle and metabolic derangement is a root cause of the problem and that we need to do something about this,” said McEvoy. “However, in my view, the argument that LDL and statins are ‘fake news’ is no different than denying a person a lifesaving cancer therapy by using the argument that we need to instead put all our focus on root causes like pollution and smoking. Of course, you do both. They don’t have to be mutually exclusive.”

Elderly Women Worse Off Than Men Before and After Acute MI

Bulimia May Contribute to Premature CVD in Women