A Dutch study undercutting the established role of hydration in preventing kidney damage during procedures is raising eyebrows. 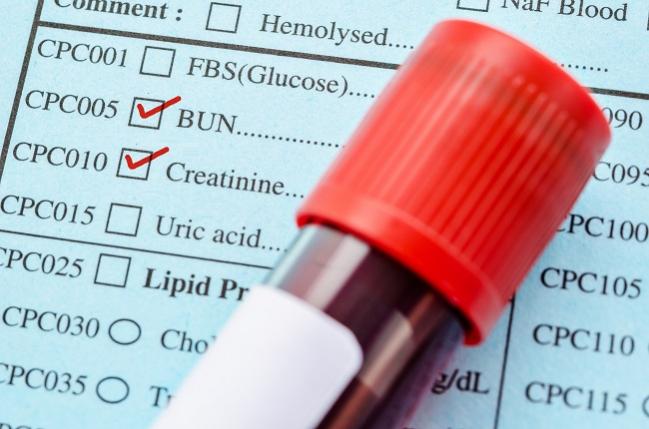 Dutch researchers are calling into question one of the cornerstone practices of cath labs and radiation suites around the globe: prophylactic hydration to prevent contrast-induced nephropathy. In a randomized trial comparing intravenous saline to no hydration, patients at high risk for contrast nephropathy gained no added protection from hydration during elective procedures that required iodinated contrast.

“The AMACING study found no prophylaxis to be noninferior to prophylactic intravenous hydration in the prevention of contrast-induced nephropathy, as well as cost-saving,” the authors, led by Estelle C Nijssen, MSc (Maastricht University Medical Center, the Netherlands), write. Moreover, they add, hydration itself appeared to increase the risk of complications.

Studies looking at rates of contrast-induced nephropathy (CIN) among patients receiving contrast agents range widely, with some reporting an incidence of one in ten and others as high one in four, with those who have preexisting renal impairment being at the highest risk. In the absence of any effective treatments, US and European guidelines recommend prophylactic intravascular volume expansion using isotonic saline. Indeed, most of the recent trials in this space exploring new approaches to CIN prevention typically use intravenous saline as the control. This, write Nijssen and colleagues, is despite the fact that saline prophylaxis itself has not been studied against no prophylaxis in patients targeted by guidelines—namely those with reduced renal function, older age, diabetes, or cardiac disease, who may also be “especially sensitive to complications of intravenous hydration.”

Anywhere from 6 to 12 million procedures per year involve patients at higher risk for CIN, in whom intravenous hydration is guideline-recommended, they note.

Fluid in, Fluid out

For their study, Nijssen et al enrolled 660 patients with an estimated glomerular filtration rate (eGFR) between 30 and 59 mL per min who were undergoing elective procedures requiring iodinated contrast administration, randomly assigning them to receive intravenous saltine (0.9% NaCl) according to guideline-recommended infusion protocols or no prophylactic hydration. Serum creatinine levels were first measured between 2 and 6 days postprocedure, with a second measurement 26-35 days after contrast exposure.

In all, just 2.7% of patients who received prophylactic hydration and 2.6% of those who didn’t went on to develop contrast-induced nephropathy, with no significant difference between groups. Not surprisingly, in models of cost and efficacy, no hydration was consistently more cost-effective, although not consistently more effective. Finally, 18 patients in the hydration arm developed complications—most commonly symptomatic heart failure or arrhythmias—compared to none in the no-hydration group.

“Based on these findings and assuming optimal contrast-media administration, withholding prophylaxis for high-risk patients with eGRF higher than 29 mL per min/1.73 m2 might be considered without compromising patient safety,” the AMACING investigators conclude.

He pointed out that the only reason hydration hasn’t previously been studied against no hydration is that “most people would think it would be unethical to do so,” given the clinical data, translational research, basic science, and animal models supporting a role for hydration. If “you increase the urine flow rate, you can get the contrast out of the patient quicker and the contrast will spend less time in the kidney,” he said, “so that’s a good rationale around why fluid administration would be effective.”

Brar’s biggest concern in AMACING is the low event rates—2.6% and 2.7% in the two arms—whereas other studies in similar patient populations typically show CIN rates of around 12-16%. ”So to see event rates in the range of 2%, I just worry that they’ve just grossly missed identifying contrast nephropathy cases and part of that is their number of serum samples assessing creatinine postprocedure is just too few,” he explained.

Asked whether he thought Nijssen et al’s study should be repeated using more stringent serum creatinine tests, Brar said no. “I think it's probably not ethical to repeat this [study], based on the preponderance of other clinical trial data we have showing that larger and more aggressive volumes of fluid administration are better than less,” he commented. “So comparing larger volumes of fluid administration to no treatment seems like it would be unethical.”

There are other plausible explanations for that low CIN rate, however, as noted by Richard Solomon, MD (University of Vermont Medical Center, Burlington, VT), who also reviewed the study for TCTMD. One possibility is that the patients were lower risk for CIN than the authors intended—of note, the study did not enroll patients with eGFR rates < 30.

Another possibility, Solomon continued, is that the intervention itself “was inadequate.” A third possibility, he mused, somewhat provocatively, “is that there really is no such thing as CIN [and] since there is no real CIN, giving fluid isn't going to make a difference.”

Finally, he added, the study provides no information on oral fluid intake and urine output. “Whatever protection accrues as a result of giving intravenous fluid is related to how much urine you make, and we have no information in this trial as to what the urine outputs were. So there are a number of things that would be nice to know to be more confident that [withholding hydration] is a safe and generalizable approach for patients who have low GFRs and some other concomitant illness before recommending this to every cath lab and radiologic suite that pays attention to kidney function,” Solomon said.

Responding to some of these concerns, Nijssen agreed that a CIN rate of 2-3% is low “but not strangely so,” and that similar numbers have been reported “quite often” in studies of comparable patient populations.

“Higher incidences are often found in specific clinical settings such as emergency or STEMI patients, where other factors such as volume and type of contrast material and inherent patient hemodynamic instability may play a role,” she said in an email. However, “many questions have been raised in the literature over the last [few] years whether the high CIN rates reported in some studies were due to factors inherent to the specific patients they were seen in, rather than to contrast exposure.”

As to the timing of measurements, she observed: “Serum creatinine has been shown to peak between 4 to 5 days post-contrast; we would only have missed very transient serum creatinine changes.”

The most important finding, she added, is that timing of measurements was similar between groups, yet there was virtually no difference in the rate of CIN incidence between the hydration and no-hydration cohorts.

Brar, who said he is not persuaded to change his practice based on Nijssen et al’s study, stressed that hydration remains the best strategy for preventing CIN. He believes the next gains in this area will be in learning more about who, how, and when to hydrate more aggressively, for example by measuring intracardiac pressure.

Solomon, by contrast, was more willing to consider the possibility that the role of intravenous fluid during procedures requiring contrast may not be sacrosanct, at least for some of the imaging tests and interventions in which it is currently used. He told TCTMD that he is aware of a much larger, roughly 1,500-patient trial, now in the planning stages, which will randomize high-risk patients with low GFRs to receive contrast or no contrast as part of a CT examination.

No-Contrast PCI: A Strategy Based on Intravascular Imaging and Physiology to Avoid Contrast-Induced Nephropathy