Even though there is more hospital staff turnover in July, the change in staffing does not pose a risk to patients undergoing cardiac surgery. 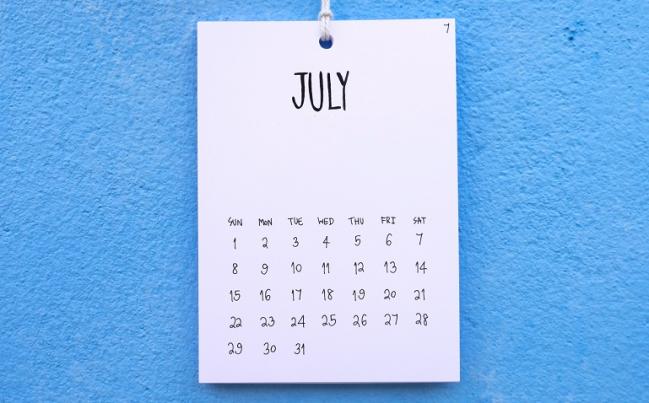 SAN DIEGO, CA—The so-called “July effect,” a phenomenon where medical errors and surgical complications are higher in July when hospitals undergo significant house staff changes, does not appear to exist within the field of cardiac surgery, according to a new registry analysis.

Among nearly 500,000 procedures, researchers observed no difference in complications or in-hospital mortality among patients undergoing cardiac surgery in the first 3 months of the academic year compared with the last 3 months.

Rohan Shah, MPH (Harvard Medical School, Boston, MA), who presented the study at the annual meeting of the Society of Thoracic Surgeons (STS) last week, said the absence of the July effect “may be due to multiple factors, namely increased supervision in the current era of highly scrutinized outcomes and emphasis on education and multidisciplinary team-based postoperative care for cardiac surgery patients.”

Using data from the Nationwide Inpatient Sample (NIS) between 2012 and 2014, the researchers analyzed outcomes for 470,005 cardiac surgery procedures, including CABG, aortic valve replacement (AVR), mitral valve (MV) repair or replacement, and thoracic aortic aneurysm (TAA) replacement surgeries. There were no meaningful preoperative differences between patients who were treated within the first (July-September) compared to the last quartile (April-June) of the academic year for any of the four procedures analyzed.

With the exception of the cost for CABG and the rate of postoperative complications like hemopericardium and tamponade after AVR being higher for patients treated in the first versus the last quarter of the academic year, there were “no meaningful clinical differences” in in-hospital outcomes, including death, for any of the four procedures based on the timing of procedure, Shah reported.

Lastly, while hospital teaching status did not influence risk-adjusted mortality rates for CABG and TAA replacement surgeries, teaching hospitals were associated with lower mortality in Q1 versus Q4 for the aortic and mitral procedures (P < 0.05 for both).

“Testing whether outcomes continue to remain unchanged based on admission time period for programs adopting newer training paradigms—such as the 4/3 and integrated models—is paramount to our specialty and is a natural extension of our study,” Shah said. The 4/3 model (residency includes 4 years of general surgery followed by 3 years of cardiothoracic surgery) and the integrated model (residency is 6 years of cardiothoracic surgery) are newer programs that aim to shorten the total time prospective surgeons spend in training.

Is Autonomy the Answer?

Based on their findings, Shah suggested that allowing residents earlier autonomy may be appropriate when possible. However, in a discussion following the study presentation at STS 2019, audience member Ara Vaporciyan, MD (MD Anderson Cancer Center, Houston, TX), challenged those conclusions.

“I don’t think your data elucidated whether there is a lot of autonomy being given in July,” he said. “It may in fact be the lack of autonomy is why there is no ‘July effect,’ right? So I'd be a little careful with that.”

Additionally, Vaporciyan said supervision is key to this issue. “Were you able to parse out [if there are] differences in terms of the ‘July effect’ between institutions? Because we know not all training institutions are not the same in the provision of supervision. I wonder if this could be used as a marker of the quality of supervision that is provided.”

Shah responded that there are many ways to classify institutions, but the NIS does not allow for this granularity. “We looked at teaching status and you saw those differences in mortality,” he said. “In terms of supervision specifically, given the large database and the nature, we weren’t able to specifically delineate that, but that’s a valid point and something that needs to be investigated further, especially given this data was 2012-2014 and since then we've had a proliferation of different training models.”

‘Twas the Night Before Christmas: Holidays Linked to Higher Risk of Acute MI

Weekend Discharge Not Linked to More Readmissions After Cardiac Surgery

‘Weekend Effect’ Still a Reality for ACS Patients in Italy