No Need to Go to Higher Tenecteplase Dose for Acute Stroke

Part two of the EXTEND-IA TNK trial shows no advantage to using a 0.40-mg/kg dose instead of a 0.25-mg/kg dose. 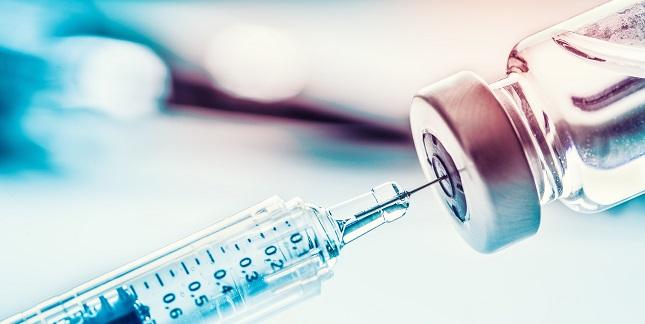 LOS ANGELES, CA—Bumping up the dose of tenecteplase used in patients with large-vessel-occlusion (LVO) strokes who are scheduled for endovascular thrombectomy does not improve cerebral reperfusion or functional or clinical outcomes, the second part of the EXTEND-IA TNK trial shows.

There were also no significant between-group differences in a variety of functional outcomes, symptomatic intracerebral hemorrhage (SICH) within 36 hours, or all-cause death. Though SICH was numerically more frequent with the higher dose, four of the seven cases seen were related to intraprocedural wire perforation and not the thrombolytic, Campbell said, adding that there was no significant difference in parenchymal hematoma between study arms.

“So there was no advantage in increasing the dose to 0.40 mg/kg,” Campbell concluded. “However, there are some reassuring data that there is a window of safety. We are always estimating the weight in patients, and if we inadvertently overestimate the weight, this would suggest there is a window of safety from the 0.25- to the 0.40-mg/kg dose. So I would argue that the 0.25-mg/kg dose is likely the most appropriate for stroke.”

The findings were published simultaneously online in JAMA.

Campbell noted that bridging thrombolysis plus endovascular thrombectomy remains the standard of care for eligible patients with LVO strokes. Because there can be delays to thrombectomy and some procedures ultimately fail, “enhanced intravenous thrombolytic strategies have great potential to improve outcome,” he said.

Tenecteplase (TNKase; Genentech) is a genetically modified form of human tissue plasminogen activator that has some advantages over alteplase, including greater fibrin specificity and a longer half-life that allows for single-bolus administration, according to Campbell. That eliminates the bolus-infusion gap that is often seen with alteplase, ensuring that the entire dose is given without interruption. Tenecteplase, the standard lytic for STEMI (it is currently not approved for use in stroke by the US Food and Drug Administration), is also less expensive than alteplase in many countries, he said.

The first part of the EXTEND-IA TNK trial, published in April 2018 in the New England Journal of Medicine, showed that tenecteplase at a dose of 0.25 mg/kg improved reperfusion and clinical outcomes compared with alteplase in patients with LVO strokes who were eligible for thrombectomy. The NOR-TEST trial failed to show an advantage for tenecteplase 0.40-mg/kg over alteplase, but, Campbell noted, patients in that trial had mild strokes overall and 17% had stroke mimics. A subsequent meta-analysis showed that tenecteplase was noninferior to alteplase.

Recent guidelines from the American Heart Association/American Stroke Association have recommendations for both the higher and lower doses of tenecteplase, stating that it may be reasonable to choose the lower dose over IV alteplase in patients eligible for thrombectomy and that the higher dose might be considered as an alternative to alteplase in patients with minor neurological impairment and no major intracranial occlusion. That “is potentially a little bit confusing for people who want to use the drug,” Campbell said.

The second part of the EXTEND-IA TNK trial, conducted at 27 centers in Australia and one in New Zealand, was designed to help sort out the optimal dose in patients with LVO strokes slated for thrombectomy. Investigators randomized 300 adult patients (mean age 72.7; 47% women) with occlusions in the intracranial internal carotid, basilar, or middle cerebral arteries who presented within 4.5 hours of symptom onset to either the lower tenecteplase dose (0.25 mg/kg with a maximum of 25 mg) or the higher dose (0.40 mg/kg with a maximum of 40 mg).

The primary outcome was substantial reperfusion, defined as reperfusion greater than 50% of the involved ischemic territory prior to thrombectomy or the absence of retrievable intracranial thrombus at the time of the initial angiogram. The 19.3% rate seen in both groups was similar to the proportion of patients with no retrievable thrombus in the first part of the trial (22%), Campbell said.

Secondary outcomes included the level of disability according to 90-day modified Rankin Scale (mRS) scores; freedom from disability (mRS 0 to 1); functional independence (mRS 0 to 2); substantial neurological improvement at 3 days; SICH; and all-cause death. There were no between-group differences for any of these outcomes.

Pooling the results of both parts of the trial confirmed that the rate of substantial reperfusion was higher with tenecteplase than with alteplase (20.0% vs 9.9%; adjusted RR 1.90; 95% CI 1.02-3.53) and that tenecteplase resulted in better functional outcomes.

In their paper, Campbell et al note that there are ongoing trials—including TASTE, ATTEST2, and NOR-TEST 2—that will help clarify whether alteplase or tenecteplase should be used as first-line therapy for stroke.

Commenting for TCTMD, Larry Goldstein, MD (University of Kentucky, Lexington), said it was reasonable to explore whether a higher dose of tenecteplase would have additional benefits compared with the lower dose.

“There is no evidence that the higher dose was of benefit,” Goldstein said. He added that “it might be reasonable to explore whether it might be helpful in the setting of a large clot burden, but such a trial would be challenging.”

He said that because the higher dose is not currently recommended for patients eligible for thrombectomy, these findings “will not impact the current guideline.”

Another Neuroprotective Agent Fails in Acute Stroke . . . Or Does It?