Pairing NOACs with amiodarone and fluconazole increased the risk of major bleeding, while adding atorvastatin lessened the risk. 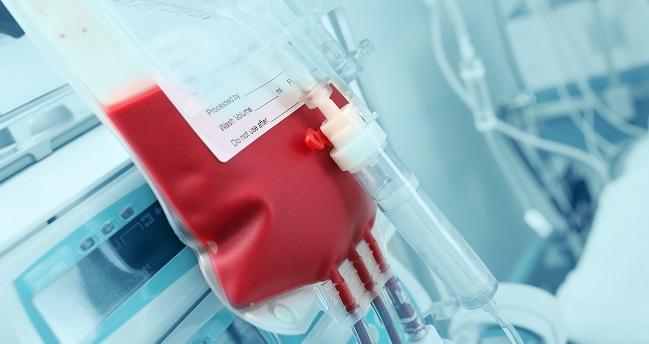 In contrast, patients on NOACs who are also prescribed atorvastatin, digoxin, and erythromycin or clarithromycin have a significantly lower risk of major bleeding when compared with patients treated with NOACs alone.

The study’s researchers, led by Shang-Hung Chang, MD (Chang Gung Memorial Hospital, Taiwan), state that while many of the medications are not recommended by the updated clinical guidelines for the treatment of atrial fibrillation, “they are often required for NOAC users in many clinical scenarios.”

For example, an analysis of patients in the ROCKET-AF and ARISTOTLE studies of rivaroxaban (Xarelto, Janssen/Bayer) and apixaban (Eliquis, Bristol Myers-Squibb), respectively, found that more than two-thirds of patients treated took more than five medications with the anticoagulant, write Chang and colleagues. Despite this, “current knowledge of drug-drug interactions associated with NOACs mainly comes from animal studies, case reports, and limited pharmacokinetic measurements,” they explain.

Mark Eckman, MD (University of Cincinnati Medical Center, OH), who was not involved in the study, told TCTMD that physicians are transitioning from an era with warfarin, “which had its own slew of both drug-drug and drug-food interactions,” to using the NOACs.

“The new agents do have a number of interactions,” said Eckman. “One of the things—and the researchers make this point—is that there are a lot of potential interactions given some of the shared metabolic pathways.”

These drugs include inhibitors of cytochrome p450 3A4 (CYP3A4) and those that compete with the P-glycoprotein pathway. As a result, the metabolism of NOACs can be affected by the concomitant use of such agents, which can ultimately affect stroke and bleeding risks, said Eckman.

In the analysis, which was published October 3, 2017, in JAMA, 279,734 patients with nonvalvular atrial fibrillation were identified through the Taiwan National Health Insurance Administration. Of these, 91,330 were treated with NOACs, including 49.7% of patients exposed to dabigatran (Pradaxa, Boehringer Ingelheim), 59.1% to rivaroxaban, and 14.1% to apixaban. The most commonly used medications with NOACs were atorvastatin, diltiazem, digoxin, and amiodarone.

Overall, the concurrent use of amiodarone, fluconazole, rifampin, and phenytoin with a NOAC were all associated with an increased risk of bleeding in a propensity-matched analysis compared with NOAC use alone.

Major Bleeding With Concurrent Use vs NOAC Alone: Propensity-Matched Analysis

In contrast, the concomitant use of atorvastatin and erythromycin/clarithromycin with a NOAC was associated with a significant 29% and 40% lower relative risk of major bleeding, respectively, compared with a NOAC alone. A smaller, but statistically significant, reduction in bleeding was also observed when patients combined a NOAC with digoxin.

Eckman, who is currently evaluating a computerized analytic model to assess the clinical benefit of NOACs over warfarin, said the present study is welcome given that there are limited real-world data on patients treated with the newer agents.

“There are a lot of potential or hypothetical interactions,” said Eckman. “What we don’t really know clearly yet—and more analyses like this one are needed—are real-world experiences. The clinical trials that studied these NOACs, or direct oral anticoagulants, were very selective in terms of the enrolled patients. The number of potentially interacting medications the patients were taking was carefully controlled.”

One of the interesting findings, said Eckman, is that rifampin (an antibiotic) and phenytoin (an antiseizure medication) should have impaired the anticoagulant capability of the NOACs, which would have resulted in fewer bleeding events (and possibly a higher risk of stroke). The antifungal medications, such as fluconazole and others, are known to interact with other medications.

Eckman noted that one of the advantages of the NOACs over warfarin is that the drugs do not require frequent monitoring. However, that can also be a drawback as there’s no way to easily monitor anticoagulation intensity. With warfarin, physicians could monitor the INR, which could help guide them in patients taking multiple medications, especially if they were concerned about drug-drug interactions.

Some guidelines, such as American Heart Association/American College of Cardiology recommendations for the treatment of peripheral artery disease, advise avoiding amiodarone and diltiazem in patients treated with NOACs. These medications, however, were both frequently prescribed to patients with atrial fibrillation in clinical settings, write Chang and colleagues.

Digoxin, diltiazem, amiodarone, and atorvastatin were all used in more than 20% of NOAC-exposed patient-quarters (person-quarters were used in the present analysis as prescriptions for chronic illnesses were refilled every 3 months per Taiwanese reimbursement policies).

In the ARISTOTLE study, the researchers point out, there was no risk of major bleeding among apixaban-treated patients who also received amiodarone. However, based on their analysis showing 13.94 more bleeding events per 1,000 person-years, any benefit amiodarone could possibly provide would be undone by the excess risk of bleeding, they state.

Eckman noted that the majority of patients with atrial fibrillation do not receive antiarrhythmic therapy. Despite this, some patients do receive amiodarone, although he suspects it is less commonly prescribed in the United States than observed in the present study. “What’s happening more and more are catheter ablations,” he said. “Frequently, cardiologists are trying to avoid antiarrhythmic drugs.”

Regarding the reduction in bleeding risk with atorvastatin, Chang and colleagues say their results suggest physicians do not need to avoid prescribing the lipid-lowering agent in NOAC-treated patients.

Edoxaban (Savaysa, Daiichi-Sankyo) was not studied in the analysis as it only came to market in 2016 in Taiwan.

NOACs as Effective as Warfarin for Reducing Stroke, but Apixaban and Dabigatran May Carry Lower Bleeding Risk: Registry