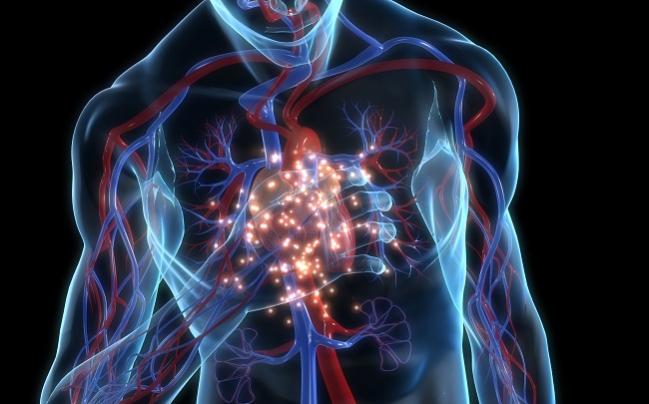 CHICAGO, IL—Low-dose methotrexate, a nonspecific anti-inflammatory agent used for the treatment of rheumatoid arthritis and other autoimmune disorders, failed to prevent cardiovascular events among patients with a prior MI or multivessel coronary artery disease, according to the results of a National Heart, Lung, and Blood Institute (NHLBI)-sponsored study.

The Cardiovascular Inflammation Reduction Trial (CIRT), presented at the American Heart Association 2018 Scientific Sessions and published concurrently in the New England Journal of Medicine, likely eliminates methotrexate as an inexpensive option for treating residual inflammatory risk among patients receiving background statin therapy. In fact, methotrexate had no effect on interleukin-1β, interleukin-6, or C-reactive protein (CRP) levels, all markers of inflammation.

The results contrast with the previously published CANTOS trial, a study that showed treatment with canakinumab, a fully human monoclonal antibody that specifically neutralizes interleukin-1β, reduced the risk of cardiovascular events when added to optimal medical therapy.

“The two trials—CANTOS and CIRT—were designed in parallel and ran in parallel,” Paul Ridker, MD (Brigham and Women’s Hospital, Boston, MA), who led both studies, told TCTMD. “Back then, we were hoping to have two swings of the bat. With one, a very narrow spectrum targeted anti-inflammatory—that was obviously CANTOS—but we didn’t know 8 or 9 years ago if our hunch about the biology was correct or not. So we also wanted to have a second swing of the bat using a generic, inexpensive, broad-spectrum anti-inflammatory that’s well known to be clinically effective, at least for rheumatoid arthritis.”

Ridker views CANTOS as a “proof-of-concept” study and regards CIRT as a highly informative neutral study. With no benefit observed with methotrexate, researchers can home in on the appropriate biological pathway for future anti-inflammatory drug development.

“I suppose it would have been nice if low-dose methotrexate on its own had been effective, but by not having any impact on events, and not having any impact at all on the now proven pathway, I would say we take the two trials together and we have a direct pathway to the future,” said Ridker. “When we talk about residual inflammatory risk, we now know that we’re talking about residual risk in this interleukin-1β to interleukin-6 pathway, which happens to be the pathway that increases CRP. That’s very useful information.”

Daniel Soffer, MD (Penn Medicine, Philadelphia, PA), who was not involved in either study, remains “bullish” on targeting inflammation to reduce residual risk of cardiovascular disease despite data from CIRT.

“Unless our model is completely wrong—the model of: atherosclerosis has inflammation at the core of what we think is going on—I think it’s just a matter of figuring out different tools and making them financially viable therapeutics,” said Soffer. “I do think we’ll be able to improve on clinical outcomes as we move forward. And I can imagine treating patients to LDL cholesterol levels of 30 mg/dL while also targeting CRP or inflammation.”

In CIRT, investigators randomized patients with previous MI or multivessel coronary artery disease in addition to type 2 diabetes or metabolic syndrome to low-dose methotrexate (15-20 mg) or matching placebo. The trial was stopped by the Data and Safety Monitoring Board for futility after a median of 2.3 years, at which point 4,786 of the 6,158 eligible patients had completed the run-in phase and were randomized to treatment. The mean age of patients was 66 years, 19% were women, and 22% identified as nonwhite or Hispanic. More than 60% of patients qualified for the trial with a previous MI.

In terms of the original primary endpoint, the use of methotrexate failed to reduce the risk of nonfatal MI, nonfatal stroke, or cardiovascular death (HR 1.01; 95% CI 0.82-1.25). In January 2018, based on a review by the NHLBI and an independent panel, the primary endpoint was expanded to include hospitalization for unstable angina that led to urgent revascularization. The purpose of the expanded endpoint was to provide greater statistical power with a smaller overall sample size. However, even with the expanded endpoint, the trial was stopped for futility (HR 0.96; 95% CI 0.79-1.16). There was no treatment effect on any of the secondary endpoints.

There were significantly more adverse events with methotrexate, but no difference in the risk of serious infection, gastrointestinal disorders, neurologic disorders, or hemorrhage compared with placebo. Methotrexate was associated with a higher incidence of non-basal-cell skin cancers.

“There was nothing that was unanticipated or terribly worrisome, and I think that’s important for the future of inflammatory inhibitors in the atherosclerosis space,” said Ridker. “If you hit the right pathway, it’s clinically effective, and both of these pathways didn’t carry with them any of the toxicity that many people were worried about. I think the future is pretty bright for inflammation inhibitors.”

In contrast, Sanjay Kaul, MD (Cedars-Sinai Medical Center, Los Angeles, CA), who acknowledged that CANTOS moved the needle forward for the inflammatory hypothesis, said there remains plenty of doubt about the future, particularly in light of the disappointing CIRT results.

“There’s lots of experimental and preclinical evidence supporting the inflammatory hypothesis, but when you look at interventional evidence, I would say that before CANTOS the preponderance of data did not support the inflammatory hypothesis,” Kaul told TCTMD. For example, studies testing inhibitors of lipoprotein-associated phospholipase A2, such as STABILITY, SOLID-TIMI 52, and VISTA-16, all failed to have an impact of clinical outcomes. In addition, numerous studies published over the years showed evidence of harm with Cox-2 inhibitors, steroids, and even with anakinra, an interleukin-1 receptor antagonist tested in the small, phase II MRC-ILA Heart Study.

“We have several lines of evidence showing that when we try to suppress the inflammatory pathway, we are not able to replicate the results shown in the experimental studies showing that inflammation might be involved,” said Kaul. “As somebody who is not intimately involved with the inflammatory studies, my perspective is that on balance there is more negative data than positive data.”

The Low-Dose Colchicine (LoDoCo) study, which tested the anti-inflammatory drug for the secondary prevention of cardiovascular events in 532 patients, was promising, but there was a high rate of gastrointestinal intolerance to colchicine, said Kaul. Colchicine is currently being tested in much larger study of patients with stable coronary artery disease, and Kaul believes LoDoCo 2 is the “thin thread” upon which the inflammatory hypothesis hangs.

Going After Patients With Inflammation

Speaking with TCTMD, Ridker pointed out that despite both trials testing anti-inflammatory agents, CIRT and CANTOS were quite different. Most importantly, CIRT did not include patients with extensive inflammation. In fact, baseline high-sensitivity CRP levels were just 1.53 mg/L in patients treated with methotrexate.

Subodh Verma, MD (University of Toronto, Canada), one of the CIRT investigators, said the inflammation hypothesis remains viable, and that it is supported by vascular biology research showing that inflammation plays an important role in the development of atherosclerosis.

“At the surface, people might look at CIRT and say it was neutral for benefit, but when you look carefully it’s apparent that the population of patients recruited did not have residual inflammatory risk,” Verma told TCTMD. “Because they didn’t have residual inflammation, or evidence of inflammation, it’s hard to expect an anti-inflammatory therapy to work. That’s in stark contrast with the CANTOS study, which mandated patients be selected and randomized only if they had evidence of inflammation. CIRT is a great negative control to basically suggest that if you don’t have inflammation, methotrexate doesn’t work.”

In future clinical trials testing inhibitors of inflammation, it will be important to measure CRP or other biomarkers to ensure patients with inflammation are recruited, said Verma. Soffer even suggested that CIRT doesn’t quite put an end to testing low-dose methotrexate for the prevention of cardiovascular events.

“If we were to redo the study, but this time make elevated CRP part of the inclusion criteria, I wouldn’t be completely pessimistic about the potential benefit of methotrexate,” said Soffer.

To TCTMD, Ridker explained that when CIRT and CANTOS were designed, they deliberately selected patients with stable cardiovascular disease—as opposed to ACS patients, among whom inflammation might be more prevalent—because there was a concern an anti-inflammatory might impair wound healing. In STEMI patients, for example, the anti-inflammatory agents could theoretically impair wound healing and result in myocardial rupture, which would effectively end both trials. They had hoped that by including patients with type 2 diabetes or metabolic syndrome they would capture a patient population who could benefit from anti-inflammatory therapy.

For his part, Kaul also believes the inflammatory hypothesis remains defensible, but said validation “implies that the targeting of molecules involved in inflammation reduces cardiovascular risk.” With this latest study, “we’re looking at more null evidence and CIRT strengthens my point of view,” he observed.

Going forward, Kaul said there is a need for therapeutic options not to be cost prohibitive. Canakinumab, which was approved by the US Food and Drug Administration (FDA) for treating rare inflammatory disorders, costs $16,000 per month. The FDA recently turned down a cardiovascular indication for canakinumab, although Novartis only sought an indication for patients who responded to therapy (those with on-treatment CRP levels less than 2 mg/L).

To TCTMD, Ridker said the interleukin-1β to interleukin-6 pathway, which is specifically targeted by canakinumab, is supported not only by CANTOS but also Mendelian randomization data. There is also extensive biological research showing that interleukin-6 levels are predictive of cardiovascular risk.

“Equally important, we already have agents upstream and downstream from interleukin-1β inhibition,” said Ridker. “If you go upstream, you’re at the NLRP3 inflammasome and there are several potential orally available drugs in development as NLRP3 inhibitors. That’s pretty exciting because unlike a monoclonal antibody, these drugs would be relatively inexpensive.” In addition, there are FDA-approved interleukin-6 inhibitors, and while more expensive, they would also be potential options.

“We now have a very good sense of the correct target moving forward,” said Ridker. “That’s the biologic win of [CIRT and CANTOS],” said Ridker.