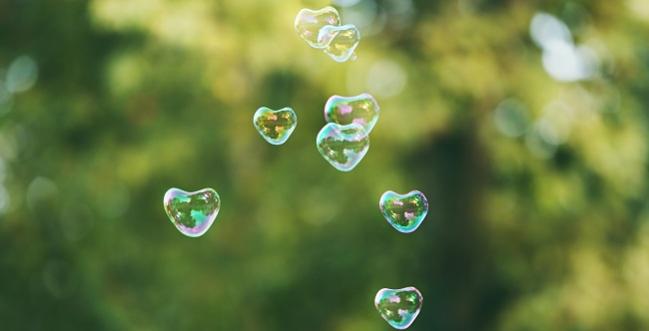 External ultrasound therapy may be an option for some patients with calcified aortic stenosis who are either poor candidates for TAVR or SAVR or who have other reasons to avoid or prolong valve replacement, a small, first-in-man trial suggests.

The noninvasive procedure uses a dedicated device (Valvosoft; Cardiawave) that delivers short sequences of high-intensity ultrasound pulses to the thorax, which then creates microscopic cavitation bubbles.

“When these cavitation bubbles burst, they produce shock waves,” explained Alexander IJsselmuiden, MD, PhD (Amphia Hospital, Breda, the Netherlands), who presented the findings last week in a late-breaking trial presentation at the PCR e-Course 2020. “Shock waves cause microfragmentation in the calcified valve leaflet without any tissue damage.”

Unlike lithotripsy, the sound waves do not break up the calcium. Rather, they help soften aortic valve leaflets and increase mobility of the cusps, he added.

In IJsselmuiden’s study of 10 patients with severe calcific aortic stenosis who had been refused TAVR or SAVR by a heart team due to comorbidities or access-site issues, eight patients had an increase in aortic valve area at 1 month after undergoing the ultrasound therapy, seven showed a decrease in mean pressure gradient, and seven showed improvement in NYHA functional class. In the month following administration of the therapy, no patients died or reported cerebrovascular accident or declines in cognitive function.

Further studies will be necessary to confirm the efficacy of the ultrasound procedure before its use could potentially be expanded to patients with a wide range of reasons for not undergoing TAVR or SAVR, said IJsselmuiden.

Commenting on the findings for TCTMD, James Flaherty, MD (Northwestern University Feinberg School of Medicine, Chicago, IL), said a safe, noninvasive strategy in this patient population does have appeal.

“Now, effectiveness is another question,” he noted. “It was effective about half of the time, and only to a modest degree in most of the subjects.”

In order to show real clinical applicability, Flaherty added, the researchers would need to demonstrate more reliable and consistent outcomes in a larger population. He said technical refinements also may be needed, noting that using ultrasound therapeutically may have a technological learning curve in terms of operators understanding how to apply the sound waves to optimize results in various patient groups and based on disease extent.

In the study, the 10 patients ranged in age from 77 to 93 years. IJsselmuiden said while the procedure was performed in the cath lab for the current study, it can be performed in any room, including echocardiography labs. The Valvosoft device is positioned over the patient’s thorax on a robotic arm and the operator can make adjustments to the ultrasound dose as needed while observing the shock waves and microscopic bubbles as they appear on the screen.

Overall, six of 10 patients were considered “responders” because they experienced both aortic valve area increases and mean pressure gradient decreases together with improvement or stabilization of their NYHA functional class. According to IJsselmuiden, all patients in the study did not receive the same treatment duration, which could explain individual differences in response to the therapy, as could the position of the patient on the table.

Ultrasound duration ranged from only 36 minutes to as much as 60 minutes. All patients who were considered responders received at least 45 minutes of therapy and a mean acoustic energy level of 180 J/mm2. “That makes us believe that the duration and level of energy plays a key role in achieving a significant benefit in these patients,” IJsselmuiden said.

At 6-month follow-up, one of the six responders had died compared with two of the four nonresponders. Additionally, the increase in aortic valve area was maintained in responders.

To TCTMD, Flaherty noted that only one patient, with a 47% reduction in mean aortic valve gradient at 30 days, had what could be called a “robust response” to the therapy.

“All ten patients still had severe aortic stenosis at 1 month as measured by aortic valve area,” he said. “So, if you're talking about purely a temporizing, or a bridge, for someone who is going to get definitive therapy soon, then these data are somewhat promising. But if you're talking about deferring definitive therapy for longer than that, I just don't think this supports that yet.”

IJsselmuiden said the noninvasive nature of the novel therapy lends itself to further study, which may include trying to improve the overall performance by applying higher doses of energy for 60 minutes as well as possibly repeating the procedure after a week or a month. He added that the manufacturer is working to improve the imaging guidance, which would allow operators to deliver more precise treatment to calcified leaflets.

The therapy also may be investigated as an option for patients with aortic stenosis who need emergent noncardiac surgeries such as hip replacement, for example, noted IJsselmuiden. If their cardiac status improved with the noninvasive procedure, they may stand a better chance of being approved for TAVR or SAVR.

To TCTMD, Flaherty said another possible avenue for future research would be to compare whether the ultrasound therapy is a better option than balloon aortic valvuloplasty, which, although rare, is still done in some high-risk patients who are not candidates for TAVR or SAVR.

“The other thing is, could this be a way to modify aortic stenosis in a way that it could safely delay therapy? That's an interesting question,” Flaherty said. “I don't know if these results teach us that, but it's certainly an interesting hypothesis.” Especially in the case of younger, bicuspid patients, he said, having a safe means to “buy them time” might alleviate some concern about needing repeat valve replacements.

TAVR Superior to Surgery at Getting High-Risk Patients Home Sooner