TAVR Superior to Surgery at Getting High-Risk Patients Home Sooner 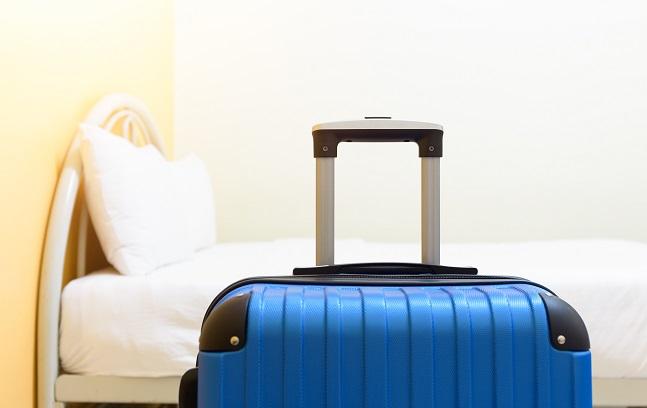 The length of stay following surgical and transcatheter aortic valve replacement for high-risk patients with aortic stenosis has declined in recent years, but the decline in average stay has been steeper for TAVR, according to the results of a new analysis.

Additionally, there has been an increase in the proportion of TAVR-treated patients discharged directly home, with fewer patients being transferred skilled nursing facilities. In contrast, there has been no change in the proportion of surgically treated patients discharged home or to home nursing care, although there was a small decrease in transfers to skilled nursing facilities, report investigators.

“With the initial trials of TAVR in high-risk patients, the goal was to look at the mortality difference [compared with surgery], but as we move into lower-risk patients, we’re not going to be able see a difference in mortality,” lead investigator Sameer Arora, MD (University of North Carolina, Chapel Hill), told TCTMD. “In the low-risk trials, they are younger, healthier patients who are going to live longer and the mortality from the procedure, from the surgery, is going to be low compared with the high-risk trials. So, given the two options we have—surgery and TAVR—we wanted to see if there was any difference in some of the other prognostic indicators.”

The new study, which was published September 14, 2018, in Circulation: Cardiovascular Interventions, is an analysis of high-risk patients with aortic stenosis treated between January 2012 and September 2015 who were identified using the National Inpatient Sample (NIS) database.

In TAVR-capable hospitals, 7,266 patients underwent TAVR, including 1,159 who were treated with the transapical approach, and 10,833 patients underwent isolated SAVR. The TAVR-treated patients were more than 10 years older than the surgical patients (mean, 81.3 vs 70.1 years), were more likely to be female, and tended to have more comorbidities as reflected by a higher Charlson score. From 2012 to 2015, the rate of TAVR per 100 patients undergoing aortic valve replacement increased significantly, up from 27.8 procedures to 49.5 procedures.

The analysis focuses on a period in which TAVR was indicated solely for aortic-stenosis patients at high-risk for death or severe complications with surgery. “Even though the indication remained the same during the study years, there was a significant reduction in the hospital length of stay,” said Arora. It suggests the procedures has become safer, he added, as well as more streamlined as operators employ conscious sedation/local anesthesia, for example.

In a standardized model that accounted for patient and hospital characteristics, TAVR patients were less likely to be transferred to a skilled nursing facility (OR 0.45; 95% CI 0.40-0.51) and spent nearly 3 days less in hospital than if they had undergone surgery. However, in a standardized model stratified by access, the benefit was limited to those treated via the endovascular approach (transfemoral, direct aortic, and axillary/subclavian). Transapical TAVR patients had a similar incidence of discharge to a nursing facility and slightly lower length of stay, but a higher risk of in-hospital mortality, compared with the surgical approach.

In an editorial, Adedapo Iluyomade, MD, and Mauricio Cohen, MD (University of Miami Miller School of Medicine, FL), say the trends observed are “likely the result of rapid technology development and inception of newer-generation TAVR devices during the steep portion of the procedure learning curve.” They point out that the evolution of TAVR is similar to that of PCI and that it is now a predictable procedure that can be performed in the cath lab without the need for surgical standby, a cardiopulmonary bypass machine, general anesthesia, or routine transesophageal echocardiography.

To TCTMD, Arora said that given the low mortality rate of low-risk patients, as well as the lower risk of complications, focusing on prognostic indicators such as length of stay and discharge disposition is critical. He also noted that SAVR is a mature procedure, so large improvements in length of stay or discharge disposition wouldn’t be expected. But the researchers felt it was important to document the improvements with TAVR and compare outcomes against the surgical approach, especially since the healthcare landscape is changing. For example, focusing on length of stay is particularly important given that healthcare payments are moving towards bundled fixed payments, said Arora.

“Length of stay is a huge deal right now,” said Arora. “Hospitals are trying to minimize the number of days a patient stays in the hospital for obvious reasons. One reason is obviously for improving outcomes, but the other is for financial purposes.” Discharge disposition—for example, sending a patient directly home or to a skilled nursing facility—has an impact on resource utilization, but is also an important indicator for patient prognosis, he added.

One of the advantages of restricting their analysis to 2015 is that investigators captured only high-risk patients, which made comparisons with surgery easier. However, hospital length of stay for TAVR has only declined further given improvements in the technology, with many centers discharging patients within 24 or 48 hours, Arora said, and the difference with surgery is likely even more pronounced.

In their editorial, Iluyomade and Cohen stress that early discharge decisions must be “weighed against the risk of complications, in particular in patients at risk of complete heart block, who may require thorough electrophysiology evaluations, and frail patients who may be at risk of readmission.”