Future studies are needed showing an effect not only on incidence but also on progression, one expert says. 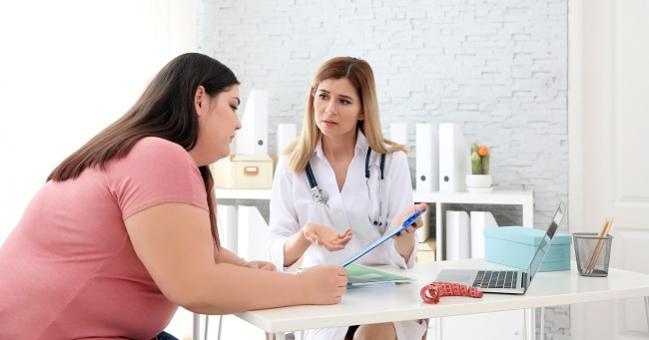 Can obesity cause aortic stenosis? A new mendelian randomization study argues yes, although experts also assert that the influence of the multiple comorbidities that generally come along with a greater degree of adiposity cannot be ruled out.

“This means that when you have obese people that maybe have shortness of breath, you should be thinking more that they could have aortic valve stenosis, something that could be treated rather than waiting until they get heart failure,” senior author Børge Grønne Nordestgaard, MD, DMSc (Copenhagen University Hospital, Denmark), told TCTMD. He added that since no causal link has been established before between obesity and aortic valve stenosis, many physicians might mistakenly think a symptom like shortness of breath, especially when accompanied by several other issues, might simply be a result of their obesity.

“I'm sure many doctors could do better to just put the stethoscope at the heart and listen to it,” Nordestgaard suggested.

Commenting for TCTMD, Marc Dweck, MD, PhD (University of Edinburgh, Scotland), who is not a geneticist but whose research has looked at multimodality imaging of cardiovascular diseases, including aortic stenosis, cautioned that causation is hard to prove.

“It just strikes me that this story is much more complicated than ‘I’ve got a gene. I’m going to get fat. I’m definitely going to get aortic stenosis.’ There's a lot of off-target confounders in my mind that potentially pollute that supposedly causal link,” he explained. Comorbidities like hypertension and diabetes could play a role, but so too could “the fact that obese patients [are] probably more likely to see a doctor, they’re more likely for someone to listen to their chest, [and] they’re therefore more likely to be diagnosed with aortic stenosis.”

Risk factors associated with incidence of aortic stenosis “aren’t necessarily” the same as those associated with disease progression, with new treatments being dependent on research in the latter field, Dweck continued. “Should I recommend to all my patients with aortic stenosis that they lose weight? Yes, of course, but that's more because of the other health benefits of losing weight rather than the fact that I think it's going to slow the progression of their aortic stenosis.”

For the study, published in the January 21, 2020, issue of the Journal of the American College of Cardiology, Morten Kaltoft, MD, along with Nordestgaard and Anne Langsted, MD, PhD (all Copenhagen University Hospital), included 108,211 adults enrolled in the Copenhagen General Population Study between 2003 and 2015. All participants had measurements of body mass index (BMI), waist-hip ratio, and waist circumference as well as information on five genetic variants known to be associated with obesity. The researchers created an unweighted allele score of 0 to 10 by counting the number of alleles associated with BMI increase, with scores categorized as 0 to 3 (9%), 4 (19%), 5 to 6 (52%), and 7 to 10 (20%).

In sensitivity analyses, the association between higher BMI and greater risk for aortic stenosis was observed among those with the highest waist circumference (men ≥ 101 cm; women ≥ 88 cm) but not among those in with the lowest measurements (P for interaction = 0.07).

“Our causal, genetic findings are novel,” the researchers write. They note that the mechanism behind the link could either be “due to structural changes of the heart or metabolic changes of the obese body,” say but future research will be required to clarify.

“Further investigation of metabolic and atherogenic alterations in the obese body would reveal unknown causal pathways, potentially leading to a treatable trait in this complex disease, with the long-term goal of preventing aortic valve stenosis,” Kaltoft and colleagues conclude. “Although most of the obesity impact on aortic valve stenosis that can be explained is accounted for by the genetic score, this does not preclude potential benefit of intervention.”

“With aortic stenosis, we don’t have any [preventive] treatments, so any study that improves our understanding of why people develop aortic stenosis is of value and of importance and is moving the field forward,” Dweck commented. However, because the findings demonstrate incidence of aortic stenosis and not progression, he said, “it’s not telling us about actually what we really want to know. . . . We need studies with serial echocardiograms, relating that to obesity, to really tease out that question.”

There are probably stronger reasons for not becoming obese than worrying about your valve. Marc Dweck

Specifically, to “establish causality in my mind, you’d need to do a trial where you get people to lose weight and it [shows that] losing weight slows the progression of aortic stenosis. Then I would be convinced completely,” he said.

In an accompanying editorial, Cécile Oury, PhD (University of Liège Hospital, Belgium), and colleagues write that “a major limitation of mendelian randomization relates to possible pleiotropic effects of the genetic variants used, ie, single genetic variants can affect multiple phenotypic traits, which means that this approach may not necessarily provide a proof of causality.” However, they note, the study’s use of allele scoring “contributes to overcome this potential bias, which greatly strengthens their findings.”

Ultimately, these findings “will likely be the basis for other studies intended to refine the causal link between body fat and aortic stenosis risk in populations of various genetic ancestries,” the editorialists conclude.

Dweck agreed on the need for future research in this field. “Establishing the link between obesity and disease progression is crucial,” he said. “You want to see studies where [for] people that were overweight, does their aortic stenosis progress more quickly than people who are less overweight? That’s step one. Step two is: can you slow disease progression in aortic stenosis by losing weight? . . . This is the whole point of looking at the pathogenesis of it, and I think we’re quite a long way from recommending that.”

This study provides added evidence that obesity is linked with an increased incidence of aortic stenosis, Dweck concluded. “That’s an important observation. So, of course, I think it’s probably fair to say that if you avoid being obese, you’re probably less likely to develop aortic stenosis. But to me the more interesting question relates [to] progression. And there are probably stronger reasons for not becoming obese than worrying about your valve.”