Clinicians can use genetic BMI profiles to guide patients to heart-healthy behaviors, the lead author suggests. 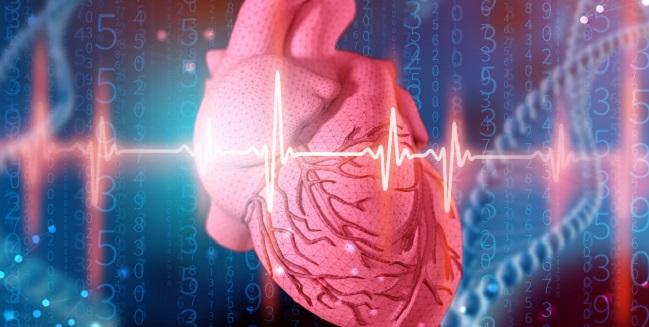 “Very few previous studies have assessed the association between BMI and aortic valve stenosis,” Larsson explained to TCTMD. “It’s only three small observational studies, and they cannot prove causality. . . . The advantage of using genetic variants as proxies for BMI is that they are not related to potential confounders such as smoking, diet, or physical activity.”

These findings support current US and European guidelines that say lowering weight reduces risk for overweight and obese individuals, she confirmed. “Patients should lose weight through exercise and diet to reduce the risk of cardiovascular disease.”

Larsson and colleagues based their analysis on a data set of 367,703 people (mean age 57.2 years; 46% men). Mendelian randomization involves using single nucleotide polymorphisms (genetic variants) that are associated with a modifiable risk factor—in this case, BMI—as proxies for health outcomes associated with that risk factor. “This study design is less susceptible to confounding and reverse causality compared to conventional observational studies,” they note in their paper published online June 13, 2019, in the European Heart Journal.

Larsson et al measured the association between high BMI and 14 distinct cardiovascular conditions, and found statistically significant links for eight of them.

Risk per 1 kg/m2 Increase in BMI

Although these findings are striking, Larsson strongly cautioned against overstating the role of genetics in influencing BMI, and with that CVD risk. “It’s mainly environmental factors that determine whether we will be overweight or not. The genetics play quite a minor role,” she emphasized.

It’s mainly environmental factors that determine whether we will be overweight or not. The genetics play quite a minor role. Susanna Larsson

So the message is not that genes are king, such that individuals with an increased risk for BMI should just throw up their hands and let fate take its course. To the contrary, this study provides evidence that a genetic predisposition to high BMI may manifest in various cardiovascular conditions if patients do nothing about it. As such it provides new support for physicians who wish to guide their patients to heart healthier lifestyles, Larsson said.

Commenting for TCTMD, Carl “Chip” Lavie, MD (John Ochsner Heart and Vascular Institute, New Orleans, LA), observed via email that “this study supports the potential for genetic predictors to predict future risk. It also supports the fact that in an ideal world, we should prevent obesity and progressive weight gain.”

However, he said, “most studies show that fitness is more important than fatness for predicting prognosis.”