The study is the latest to challenge the notion of “healthy obesity” in the absence of other cardiometabolic risk factors. 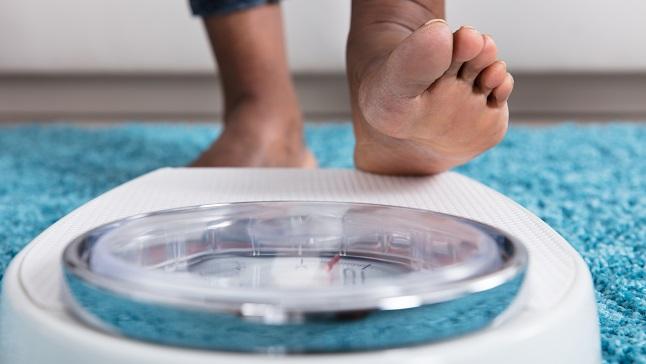 In the latest study to support a link between excess body weight and cardiovascular disease, new long-term follow-up of the Nurses’ Health Study shows that women who were overweight or obese at the outset, but with no diabetes, hypertension, or hypercholesterolemia, were more likely to go on to have CV events than women at normal weight who also had no metabolic risk factors when the study launched.

The risk of cardiovascular events, however, was lower in the obese women who remained metabolically healthy than in those who converted to the metabolically unhealthy phenotype.

For a number of years, Schulze said, his research group has been reviewing data to identify subgroups of obese subjects and their subsequent risk of cardiovascular risk. But “no matter what studies we have looked at so far, the so-called healthy obese still had an increased risk of CVD when compared to those with a healthy, normal weight,” he said.

In this analysis of the Nurses’ Health Study, which was published May 30, 2018, in the Lancet, the researchers identified 90,257 women without a history of cardiovascular disease and examined the association between metabolic health and its change over time in different body mass index (BMI) categories. Schulze said they used a relatively strict definition of metabolic health: the absence of physician-diagnosed diabetes, hypertension, and hypercholesterolemia. Cardiovascular disease was defined as fatal or nonfatal MI or stroke.

Not surprisingly, the risk of cardiovascular disease was “considerably higher” among overweight and obese women with poor metabolic health, the researchers reported.

“The message is that even if you define yourself, or a physician considers somebody metabolically healthy on the basis of our definition, you need to expect that they’re still at a higher risk of cardiovascular disease,” said Schulze. “If you’re obese and healthy, you still need to try to lose weight.”

If you’re obese and healthy, you still need to try to lose weight. Matthias Schulze

During a median follow-up of 24 years, 84% of obese women considered metabolically healthy at baseline developed either diabetes, hypertension, or hypercholesterolemia. For those with normal weight at baseline, 68% converted to the unhealthy metabolic phenotype.

Unhealthy Obesity ‘Only Matter of Time’

Ildiko Lingvay, MD (UT Southwestern Medical Center, Dallas, TX), who wasn’t involved in the study, said there are some people who are overweight but who suffer no apparent metabolic consequences. However, the “healthy obesity” concept, which has been studied in a number of papers to date, sends the wrong message to patients and physicians alike who might be using it as an excuse for a lack of action, she commented.

“Obesity is unhealthy no matter how we look at it, and should be prevented and treated if it develops,” she said.

Lingvay said the metabolic consequences of being overweight/obese might not be present at the time of the baseline assessment, but that the longer the duration of obesity, the less frequent this “healthy” phenotype.

“This fact suggests that the ‘healthy’ obesity is just a matter of time and will become ‘unhealthy’ if it persists with aging,” she said. “We each have a threshold as to how much insult of any sort our bodies can take. Whether that is overnutrition, or smoking, or another insult, each person can adapt to a different degree. If the insult continues, eventually most people will eventually observe ill consequences.”

Moreover, even before transitioning to a metabolically unhealthy state, obese patients still suffer consequences, including arthritis, joint damage, obstructive apnea, among others, which are deleterious to their health, added Lingvay.

Given the high rate of conversion to an unhealthy metabolic phenotype, Schulze said prevention efforts shouldn’t only focus on the obese, or even the healthy obese, but on the long-term maintenance of metabolic health in everybody.

The present study, they add, supports several other published analyses and suggests that “obesity can never really be healthy.”

That said, the editorialists argue that “fitness is more important than fatness,” and that metabolically healthy overweight/obese individuals with “decent levels of cardiorespiratory fitness can have quite a good overall prognosis from cardiovascular disease and over survival.”

“These studies, including the one by Schulze and colleagues, all strongly support preventing the development of metabolic syndrome, which can be accomplished by preventing weight gain with physical activity and exercise training,” write Lavie, Deedwania, and Ortega. “Additionally, increasing physical activity and exercise to improve levels of cardiorespiratory fitness is especially important to lower the cardiovascular disease risk in almost all groups of patients, including women with obesity.”