Oktoberfest Revelers Show That Drinking Alcohol Gets the Heart Racing

The unique study, which tracked arrhythmias during acute consumption, offers clues as to how alcohol may disturb autonomic balance. 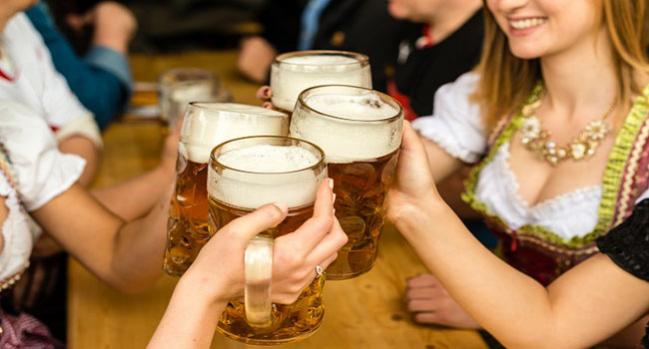 Researchers working in the tents of Munich’s Oktoberfest, the famous annual celebration lubricated by the city’s brewers, have found that higher breathalyzer readings translate into a greater likelihood of having arrhythmias, particularly sinus tachycardia.

The ability to measure heart-rhythm changes during drinking offers unique insights into just how alcohol may disturb autonomic balance, potentially paving the way for more serious arrhythmias beyond the exposure period, investigators say.

Among attendees of the 2015 festival, an increase of 1 g/kg in breath alcohol concentration was associated with an elevated risk of overall cardiac arrhythmias detected by a smartphone-based device, but that was driven primarily by the relationship with sinus tachycardia (OR 1.96; 95% CI 1.66-2.31), according to a study published online April 26, 2017, ahead of print in the European Heart Journal.

An increase in heart rate isn’t always a bad thing of course, but “what you don’t want to have is sinus tachycardia without a good reason for it [and in this case] because of toxic effects of alcohol,” senior author Moritz Sinner, MD (University Hospital Munich), told TCTMD.

A realist, Sinner said he doesn’t expect people to stop drinking alcohol because of this study, adding that he opposes imbibing excessive amounts because of detrimental effects throughout the body. The study does, however, further understanding of how arrhythmias develop, he said.

That information—a link between acutely consuming alcohol and having arrhythmias—may help doctors counsel their patients with abnormal heart rhythms to tread more carefully around their favorite adult beverages and may also aid in the search for better arrhythmia treatments for patients who are unwilling to forgo alcohol, Sinner added.

Commenting on the study for TCTMD, Gregory Marcus, MD (University of California, San Francisco), pointed out that his group previously reported that a large proportion of the population sees alcohol as heart-healthy, supported by some studies showing that moderate consumption confers protection against coronary heart disease. But, he noted, there are also data showing that alcohol abuse increases MI risk.

“An important lesson here is that individuals should not perceive alcohol as only beneficial to the cardiovascular system,” Marcus said. “The one thing that’s very consistent across all studies of alcohol is that drinking in excess in particular can be especially dangerous.”

But there are still a lot of unanswered questions about alcohol’s effects on our bodies, and ongoing research is critical, he said. “It’s actually amazing how little we still know about what the most commonly consumed drug in the world—alcohol—does to not only the cardiovascular system but the entire body.”

Drinking alcohol to excess has been associated with the so-called Holiday Heart Syndrome resulting in the development of arrhythmias, particularly A-fib, in people without a history of cardiac disease. And small, retrospective studies have provided some evidence suggesting that acute alcohol consumption sparks supraventricular arrhythmias, but prospective data are limited.

To help fill that gap, Sinner, lead author Stefan Brunner, MD (University Hospital Munich, Germany), and colleagues performed the MunichBREW study at the 2015 Munich Oktoberfest, during which 5.9 million visitors downed 7.5 million liters of beer. The investigators approached attendees in the beer tents, ultimately enrolling 3,028 people who were given a breathalyzer test and a single, smartphone-based, 30-second electrocardiogram using the AliveCor device.

The device gives reliable readings, Sinner said. “It hasn’t been tested in our lively atmosphere in a beer tent, but it has been tested in various settings in offices, in pharmacies, and in flu shot clinics,” he said. “So it’s been tested and validated, and it’s a very accurate ECG recording.”

Overall, 30.5% of participants had any cardiac arrhythmia, which included sinus tachycardia, sinus arrhythmia, premature atrial or ventricular complexes, or atrial fibrillation/flutter. Sinus tachycardia was the most common (25.9%).

There was also a high rate of sinus tachycardia (18.5%) among people who were attending the festival but not drinking alcohol, as determined by a breath alcohol level of 0 g/kg. “The remarkable thing was that, despite this baseline elevated heart rate, it further went up and up and up the more alcohol these individuals had in their breath,” Sinner said.

That perhaps gives a clue as to how acute alcohol consumption may be causing arrhythmias, since the suspicion is that alcohol is disturbing autonomic balance, Sinner said. Autonomic imbalance, he added, has been shown to predispose people to the development of A-fib, although a relationship between drinking and that arrhythmia was not observed in this study.

“Possibly, the short duration of our ECG recordings immediately during acute alcohol [exposure] resulted in an underestimation of alcohol-induced cardiac arrhythmias and atrial fibrillation in particular,” Sinner and colleagues write in their paper.

“Additional research,” they say, “is warranted to investigate if autonomic imbalance constitutes the link between sinus tachycardia and the occurrence of arrhythmias like atrial fibrillation, as implicated by reports of the so-called ‘Holiday Heart Syndrome.”

Is Atherosclerosis an LDL-Cholesterol or Immune Disease? The Answer May Be Both