The rise in nonadherence coincides with the introduction of prasugrel and ticagrelor, two agents with significantly higher out-of-pocket patient costs. 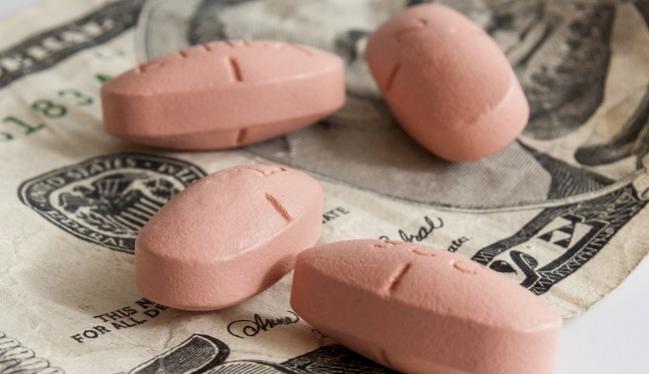 Adherence to P2Y12 inhibitors after PCI has declined since the introduction of prasugrel (Effient; Eli Lilly) and ticagrelor (Brilinta; AstraZeneca), two more potent but pricier agents that are associated with higher out-of-pocket patient costs, a new study suggests.

Moreover, the percentage of patients who failed to fill a P2Y12 inhibitor prescription within 30 days of hospitalization for PCI increased over time, with more than one in five post-PCI patients not filling a prescription for any of the antiplatelet agents in 2016.

“With the release of the two newer P2Y12 inhibitors, prasugrel and ticagrelor, it’s become common practice to choose those medications in lieu of clopidogrel, and we wanted to see how much these medications have been taken up into clinical practice,” lead investigator Elias Dayoub, MD (Hospital of the University of Pennsylvania, Philadelphia), told TCTMD. “Knowing that these medications are patented and more expensive for patients, we wanted to see in the real world how they’re doing in terms of being adherent to the medications and how much it’s costing them.”

We know that these agents after PCI prevent cardiovascular complications going forward. Seeing the rise in nonadherence is certainly troublesome. Elias Dayoub

On the basis of the PLATO and TRITON-TIMI 38 trials with ticagrelor and prasugrel, respectively, guidelines recommend the newer P2Y12 inhibitors over clopidogrel for the reduction of cardiovascular death, MI, and stroke in patients with ACS treated with PCI (class IIa recommendation). Jay Giri, MD (Hospital of the University of Pennsylvania), one of the study’s senior investigators, said “there are good reasons to think why physicians are adopting the [newer] medications.”

Giri added that there’s a lot of attention currently paid to personalized medicine, including tailoring antiplatelet therapy based on complex risk scores, platelet aggregation measures, and pharmacogenomics. While these are exciting innovations that may improve clinical outcomes in ACS patients undergoing PCI, he said, it’s possible to miss the forest for the trees.

“Maybe our ship is sailing in a direction that’s technologically exciting, but it’s not taking us to a place we need to go to impact the greatest number of patients in the population, that being personalized medicine accounting for the social determinants of health,” Giri commented.

Overall, the rate of primary nonadherence—where one in five patients aren’t even filling a prescription within 30 days of PCI—is “of concern,” said Dayoub. “Obviously, this is an evidence-based therapy from the ACC/AHA guidelines. We know that these agents after PCI prevent cardiovascular complications going forward. Seeing the rise in nonadherence is certainly troublesome.”

The study was published May 21, 2018, in JAMA Internal Medicine.

‘The Best It’s Going to Look’

Using an administrative claims database from a large, national health insurer, the researchers identified 55,340 patients who underwent PCI between 2008 and 2016. During this period, the percentage of patients who filled a prescription for clopidogrel within 30 days of hospitalization declined from 93.6% to 44.1%. In 2016, 36.9% of patients filled a prescription for prasugrel or ticagrelor compared with none in 2008 (prasugrel was approved in 2009 while ticagrelor gained US Food and Drug Administration approval in 2011).

To TCTMD, Giri pointed out that the patients studied all had health insurance from a large, private payer, and the nonadherence rates are likely better than in Medicare patients without supplemental drug coverage, those on Medicaid, and those without health insurance. “This is the best it’s going to look,” he said. “It’s a national look, but things kind of favor people taking their medications here. It’s scary.”

The researchers also assessed secondary P2Y12 adherence among patients who received a drug-eluting stent. Based on clinical guidelines, P2Y12 inhibitor therapy is indicated for at least 6 months after PCI. Here, they calculated the medication possession ratio (MPR), which is a ratio of the number of days a patient has medication on hand divided by the number of days in the time period.

Other recent research has tried to investigate the impact that patient co-payments on adherence. In the ARTEMIS trial, presented earlier this year at the American College of Cardiology 2018 Scientific Session, Wang and colleagues showed that giving patients vouchers to cover co-payments for P2Y12 inhibitors post-MI leads to more patients taking the agents over 1 year of follow-up. Better adherence did not, however, help reduce the MACE risk at 1 year.

To TCTMD, Stephen Wiviott, MD (Brigham and Women’s Hospital, Boston, MA), who led the TRITON-TIMI 38 trial, observed that “cost, reimbursement, and adherence to medications is clearly an issue,” but said it’s difficult to know whether cost is the main reason patients filled prescriptions less.

“As with all of these observational studies, the real issue is association and causation,” he told TCTMD in an email. “There are several features that changed over time, some of which may be unmeasured. Patients who were prescribed ticagrelor and prasugrel were different than patients who were prescribed clopidogrel, [and] those differences likely evolved over the time period studied. Relative costs and payment structures likely changed as well over the time period studied.”

In addition, the stent technology evolved, as have recommendations for the duration of dual antiplatelet therapy, with guidelines favoring short treatments. “Prasugrel and ticagrelor are more expensive and were filled less,” said Wiviott. “No doubt cost plays a role in this, but hard to know whether this is the dominant explanation and what other factors contribute.”

Dayoub said there might be other reasons outside of cost why patients fail to adhere to P2Y12 inhibitor therapy 6 or 12 months after PCI, including adverse events, but the rate of primary nonadherence—the patients not even filling the first prescription—is more likely to be complicated by high out-of-pocket patient costs.

“Not only are we seeing increased nonadherence [with prasugrel and ticagrelor], but we’re seeing disproportionate increases in nonadherence among folks with the lowest socioeconomic status,” said Dayoub. “So, I would say, to some extent, [cost] should be thought of when deciding which agent to choose for a patient, and whether we think they’ll be able to be adherent on prasugrel or ticagrelor. We obviously want folks taking these medications once they leave the hospital.”

The new data suggest physicians may be in a bind when starting antiplatelet therapy for PCI-treated patients: Do they practice evidence-based medical care or prescribe a cheaper drug the patient will be able to afford? The decision is not an easy one.

First, insurance information is often opaque to prescribing physicians, said Giri. While physicians might be able to identify the insurance company and/or plan, knowing how much the drugs cost the patient out of pocket is not available information. As such, “it’s unrealistic for prescribers to be able to master all the different permutations of insurance and its relationship to the costs of all the different medications we prescribe,” said Giri.

The whole deck is stacked against physicians properly being able to assess this, even if their heart is in the right place. Jay Giri

Secondly, relying on a patient’s appearance or stereotypes—ie, this person doesn’t look like they’ll be able to afford this medication—might not line up with their insurance coverage or means to pay for medication, said Giri. As a result, this can lead to disparities in appropriate care.

And finally, in the ACS setting, treatment often follows pathways of clinical care where all patients will be started with prasugrel or clopidogrel given the preferential American College of Cardiology/American Heart Association recommendation. Once started on these newer P2Y12 inhibitors, there can be therapeutic inertia about assessing other issues, such as the cost of medication or the patient’s ability to pay for it, said Giri. Moreover, there is pressure to discharge patients quickly, such that there’s often little time to determine what drugs might be most appropriate based on a patient’s financial circumstances.

“When hospitals or healthcare systems have decided our ACS patients are going to get loaded with ticagrelor, are they really thinking about the back-end consequences where even 20% of your insured patients aren’t going to ever fill it?” said Giri. “The whole deck is stacked against physicians properly being able to assess this, even if their heart is in the right place.”

Trends in P2Y12 Inhibitor Use and Adherence Among Antiplatelet-Naive Patients After PCI, 2008-2016