Optimal Cardiovascular Health Not Offset by Poor Health as a Whole

Having ideal CV health lowers mortality and vascular event risks even when other chronic diseases are present, researchers say. 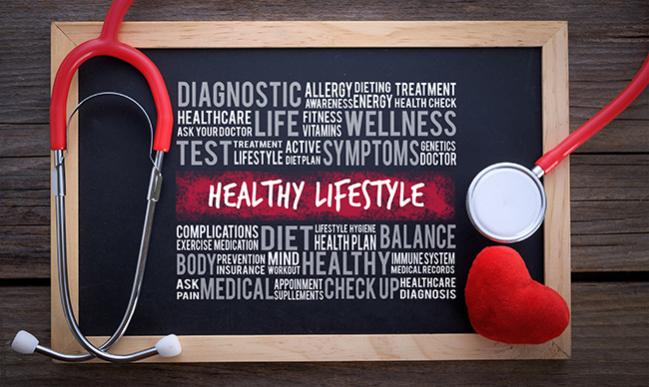 Elderly individuals who have good cardiovascular health are less likely to die or experience a vascular event even if they are otherwise sick or take medications for chronic illness, according to a new observational study.

While the findings won’t come as much of a shock to clinicians treating this subgroup, the study still “underscores that our patient population is not achieving the levels of health lifestyle that they should be,” Karen Alexander MD (Duke University, Durham, NC), who wrote an editorial accompanying the paper, told TCTMD. Specifically, she said, the goals set forth by the American Heart Association (AHA) are not being met.

Medical professionals have been promoting primordial prevention since the late 1970s. In 2010, the AHA introduced its seven-step method to call attention to the need for curbing CV risk factors. It emphasizes blood pressure management, cholesterol control, blood sugar reduction, smoking cessation, weight loss, better diet, and need for exercise. But while these factors are important in terms of reducing mortality and cardiovascular disease, Bamba Gaye, PhD (Université Paris Descartes, France), and colleagues say, the evidence backing the AHA’s advice is derived from a middle-aged, not elderly, population.

We need to stop mopping up the floor, and instead turn off the faucet. Erin Michos

Alexander notes in a corresponding commentary that because of a lack of research on elderly people, not much information is available concerning the advantages of disease prevention among them. Also, “the wide-ranging effect of cardiovascular prevention on general health suggests its importance in terms of how we age, as well as how (and when) we die,” she writes.

The new investigation, published online yesterday in the Journal of the American College of Cardiology, expands on previous knowledge by assessing a new subset of the population: those ages 65 and up.

Commenting on the study for TCTMD, Erin Michos, MD (Johns Hopkins University School of Medicine, Baltimore, MD), pointed out that promoting ideal cardiovascular health is important because as a society we are currently spending more economic resources on disease treatment than on prevention. “We need to stop mopping up the floor, and instead turn off the faucet,” she added.

A Lower Chance of Mortality

Gaye et al evaluated the baseline status of 7,371 subjects, of whom only 5.01% met five to seven of the AHA’s metrics and were considered to have “ideal” cardiovascular health. Approximately half (56.0%) had “intermediate” cardiovascular health, by virtue of meeting three to four metrics, whereas 38.9% met zero to two of the AHA’s goals and therefore had “poor” CV health.

Subjects were recruited from the electoral rolls of 3 cities in France (Bordeaux, Dijon, and Montpellier), earning the study its name as “The 3C Study.” The participants were later divided into two groups: population 1 was analyzed for mortality risk, while population 2 was analyzed for incidence of CHD and stroke.

Going forward, Gaye et al suggest, “Future studies should investigate how changes in cardiovascular health affect a wider spectrum of outcomes prevalent in the elderly, including heart failure and dementia.”

According to Alexander, the fact that the AHA’s Simple 7 goals were, even in the diverse community of older adults analyzed here, predictive of death and CV events “is certainly good news for people in their 70s who hope to maintain good health well into old age.”

Inferior Vena Cava Filters: The Longer They’re In, the Higher the Risk of Adverse Events