Compared with a course of IV therapy, oral therapy had much shorter hospital stays and comparable clinical outcomes. 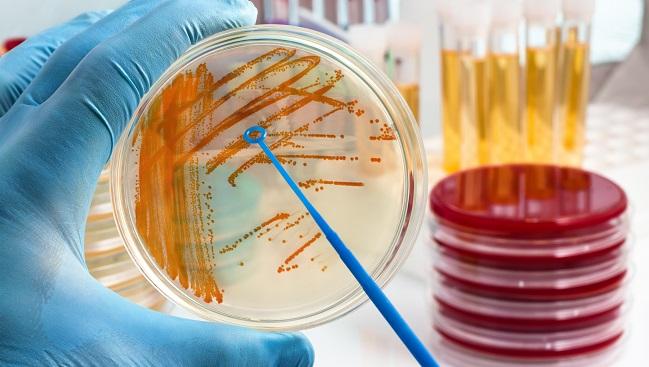 Patients with endocarditis caused by common bacteria can be treated effectively and safely with oral antibiotics once they have been stabilized on an intravenous course of therapy, data from the POET trial suggest.

“Oral antibiotics may be safely administered during approximately half of the recommended antibiotic treatment period, and potentially as outpatient treatment,” said Henning Bundgaard, MD, DMSc (Copenhagen University Hospital, Denmark), during a presentation last week at the European Society of Cardiology Congress 2018. The study was simultaneously published online ahead of print in the New England Journal of Medicine.

Based on current US and European guidelines, patients who have infective endocarditis on the left side of the heart typically receive IV antibiotics for up to 6 weeks, Bundgaard and colleagues point out in their paper, adding, “During the initial phase after admission, intensive care and close monitoring are often needed.”

For many patients, IV antibiotics are the only reason for remaining in the hospital, though, raising the possibility that oral administration could enable shorter stays and fewer in-hospital complications.

In the POET study, Bundgaard and colleagues randomized patients with left-sided infective endocarditis who were hospitalized and had been receiving IV antibiotics to either continue IV therapy (n = 199) or switch to a regimen of oral antibiotics (n = 201). Approximately half of patients in each treatment group had aortic valve endocarditis, about one-third had mitral endocarditis, and about 10% had both mitral and aortic valve endocarditis. The most frequent pathogen involved in endocarditis was streptococcus, followed by Staphylococcus aureus, Enterococcus faecalis, and coagulase-negative staphylococci.

The primary endpoint (all-cause mortality, unplanned cardiac surgery, embolic events, or relapse of bacteremia with the primary pathogen) occurred in 9.0% of the oral group and 12.1% of the IV-only group (P = 0.40), meeting noninferiority criteria. The findings were similar for the individual components of that composite with the exception of all-cause mortality, which was numerically but not significantly lower in the oral group compared with the IV group (3.5% vs 6.5%; HR 0.53; 95% CI 0.21-1.32). The unplanned cardiac surgery rate was 3.0% in each group, the rate of embolic events was 1.5% in each group, and the rate of relapse of bacteremia was 2.5% in each group.

The primary endpoint results were consistent across prespecified subgroups, Bundgaard reported. These included age, gender, bacteria type, valve type (prosthetic or native), and valve involved (mitral or aortic). Side effects were relatively rare and similar in the two treatment groups.

Half of All Patients Potential Candidates

According to Bundgaard, as many as 50% of all patients with endocarditis may be candidates for this type of partial oral therapy continued at home after the initial hospitalization. He and his colleagues caution in their paper, however, that their results may not apply to those with endocarditis caused by other forms of bacteria than were included in the patient population of POET, or to patients with culture-negative endocarditis.

Before the results can be implemented in routine clinical practice, “we should be cautious, based on two principles,” discussant Chris P. Gale, MBBS, PhD (University of Leeds, England), argued after Bundgaard’s presentation. “One is the generalizability of these results, and two is the fact that there are some unknowns.”

Gale noted that all patients accepted for participation in the study had already received a minimum of 7 to 10 days of parenteral antibiotics and had transesophageal echocardiography to rule out abscess or need for surgery. Among the unknowns, Gale noted, are whether the results are maintained in long-term follow-up and what the costs and quality-of-life outcomes will be with the newer strategy.

“Nevertheless, this trial provides excellent evidence [and] it’s a welcome addition to the literature,” he said. “POET is the largest randomized controlled trial of patients with infective endocarditis.”

Gale added that if the oral strategy is to be adopted in clinical practice, there should be strict adherence to the patient selection and monitoring criteria as described in the study.

Infective Endocarditis Guidelines: The More the Merrier? Maybe Not