PCI or Not, Post-ACS Bleeding Is Tied to Mortality

The pooled analysis of data from four trials also shows that postdischarge bleeding and MI have similar prognostic value. 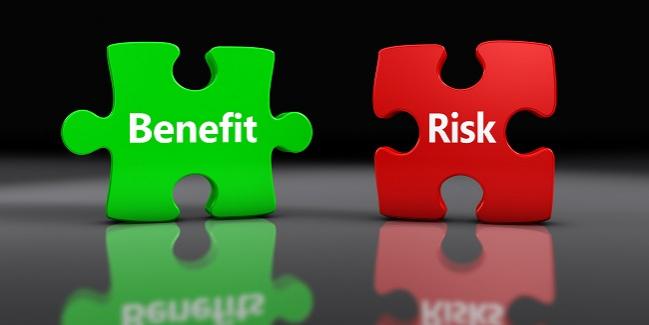 ACS patients who have a postdischarge bleed carry a heightened risk of mortality, regardless of whether they were initially treated with PCI, pooled data from four randomized trials show.

That risk was magnified in the first month after hospital discharge (adjusted HR 15.7; 95% CI 12.3-20.0), although the association remained significant between 30 days and 1 year (adjusted HR 2.7; 95% CI 2.1-3.4). The type of initial treatment—PCI or medical therapy—did not modify the relationship between bleeding and mortality (P = 0.240 for interaction), according to researchers led by Guillaume Marquis-Gravel, MD (Duke Clinical Research Institute, Durham, NC).

Moreover, the strength of association between bleeding and mortality was similar to that between postdischarge MI and mortality, Marquis-Gravel et al report in a study published online ahead of the July 14, 2020, issue of the Journal of the American College of Cardiology. Patients tend to value higher odds of survival over protection against bleeding or MI, they say, but “given their similar impact on patients’ prognosis, bleeding avoidance after PCI is as critical as prevention of recurrent ischemic events.”

There are tools meant to aid physician decision-making around antithrombotic therapy, in addition to guideline recommendations regarding the duration of dual antiplatelet therapy (DAPT). Due to the lack of data on medically treated ACS patients, the focus has been on the post-PCI population.

“Awaiting evidence from prospective studies comparing different DAPT strategies post-ACS treated without PCI, a pragmatic interpretation of our findings is that bleeding avoidance strategies tested in PCI populations, including short-term DAPT or aspirin-free strategies, should also be considered in medically treated patients with ACS deemed at higher risk for bleeding,” the researchers say.

Prior studies have shown that postdischarge bleeding and MI are associated with an elevated mortality risk in PCI-treated ACS patients, especially in the first 30 days, but evidence in the setting of ACS managed medically is limited. Nailing down the impact of bleeding is key for clinical decision-making on DAPT, the investigators note.

To dig into this issue, they analyzed a “harmonized data set” incorporating participants of four multicenter RCTs of antithrombotic strategies in ACS—APPRAISE-2, PLATO, TRACER, and TRILOGY ACS. The analysis included 45,011 patients, with a median follow-up of about 1 year. During that span, 1,133 patients had a GUSTO moderate or worse bleeding event that occurred beyond 7 days after the initial ACS and 2,149 died. Slightly more than half of the patients were not treated with PCI for the index event.

Risk of death associated with a postdischarge bleed was greatest within the first 30 days and then tapered off over time, both in patients who underwent PCI initially and those who were managed with medical therapy.

“Our findings establish for the first time that the association between postdischarge bleeding and downstream mortality is also both clinically and statistically significant in patients with ACS treated without PCI, a vulnerable, understudied group representing a substantial proportion of patients with ACS encountered in routine clinical practice,” Marquis-Gravel et al write.

Sunil Rao, MD (Duke Clinical Research Institute), who was not involved in the study, said this analysis brings together a lot of the prior data on bleeding and mortality in ACS patients “into one very nice package.”

One of the most important questions that remains involves the underlying mechanisms. The observed relationships could be due to confounding, he said, although a direct causal link could be drawn between the more severe bleeds—such as intracranial hemorrhage and bleeding that results in hemodynamic compromise—and subsequent death. But those types of events are rare, Rao pointed out.

When it comes to GUSTO mild or moderate bleeding and mortality, he said, “probably the mechanism that underlies that is the fact that patients who develop these kinds of bleeding events tend to have their antithrombotic therapies discontinued, appropriately so.” That, in turn, “may predispose them to a higher risk of subsequent ischemic events and then subsequent mortality.”

More research is needed to determine how frailty, a major driver of mortality, plays into those associations, he added.

Questions of mechanism aside, physicians need to decide how to manage antithrombotic therapy in their ACS patients on a daily basis. “This balance between reducing ischemia and reducing bleeding is something that is inherent to antithrombotic therapy, and we have not been able to find strategies that are going to minimize both recurrent MI and bleeding,” Rao said. “And so it really becomes a clinical decision when you’re interacting with the individual patient.”

Tools like the DAPT score can help, he said, but “what’s probably more important is to make sure that you counsel the patient that this is a risk and that if they were to develop any kind of bleeding complications that they’re worried about, they need to communicate with their physicians so that they can understand whether they should continue that therapy or if they should stop. And if the therapy is to be stopped, then I think it’s important for physicians to follow their patients to make sure that they’re restarted on that therapy once the bleeding event is resolved.”

The advantage of that type of approach, Rao said, would be “that patients who are at increased risk for not only in-hospital bleeding but also outpatient bleeding can be identified without having the physician have to pull out a calculator and one more thing that they have to do when they’re seeing patients in the outpatient setting. It would really be great if electronic health records could do that for us. And I think we’re getting there. I just think we have a lot more work that needs to be done.”

One in Three Hospitalizations After Acute MI Go Unreported

Predictors of Bleeding in ACS Patients Treated With Prasugrel: Analysis From the ACCOAST Study