An upswing in PCI in this population from 1999 to 2013 appears to be paying dividends. 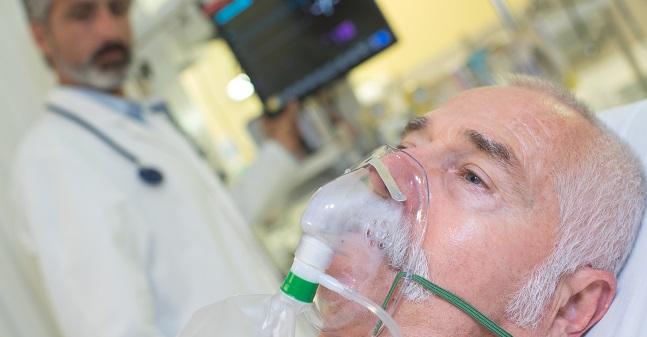 Patients aged 75 and older who have STEMI complicated by cardiogenic shock are increasingly being cleared for PCI, according to an analysis of contemporary nationwide data spanning 15 years. The good news is that this appears to be paying dividends in terms of decreasing in-hospital mortality.

The findings bolster the 2013 American College of Cardiology/American Heart Association STEMI guidelines, which don’t set an age cutoff for early revascularization in the context of cardiogenic shock.

“Although clinical judgment is critical, older adults should not be excluded from early revascularization based on age in the absence of absolute contraindications,” investigators led by Abdulla A. Damluji, MD, MPH (Johns Hopkins University, Baltimore, MD), write in their paper published online today in the Journal of the American College of Cardiology.

Damluji told TCTMD that elderly patients differ from their younger counterparts in numerous, clinically relevant respects: they tend to be on multiple medications, have more comorbidities, and be frailer. They also may have other issues like cognitive impairment or dementia.

Back in 1999, the randomized SHOCK trial showed no survival benefit with PCI in elderly patients whose STEMI was complicated by cardiogenic shock, but experts suggest this could be due to lack of statistical power: only 56 of 302 subjects were older than 75 years. The subsequent SHOCK registry, which had a larger sample size of 865 participants, found the opposite, thus raising support for early revascularization irrespective of age. The current analysis—with 111,901 elderly patients—is the largest so far to address this question.

The main message here, Damluji said, is that clinicians are doing exactly what they should be: when not contraindicated, they should proceed with early revascularization in their patients, no matter when they were born. “If you encounter an older adult at more than 75 years of age, with all these intricacies that we call geriatric syndromes, they should not be excluded just because [of age alone],” he stressed. It’s possible that quality of life, rather than survival, might be the outcome of interest in older adults, Damluji added. “That’s another question we’re going to examine in a further study.”

Damluji and colleagues based their analysis on data from the National Inpatient Sample. Of the more than 300,000 STEMI patients with shock between 1999 and 2013, about one-third (35%) were adults aged 75 years or older. Slightly more than half (53%) were women, and the majority (83%) were described as Caucasian. Comorbidities were common, with a median of eight chronic conditions per patient.

The use of PCI in the elderly STEMI/shock population rose from 27% to 56%, while these patients’ in-hospital mortality rates dropped from 64% to 46% over the 15-year period. Propensity-score matching confirmed that, across the spectrum of risk, PCI was linked to less in-hospital mortality (Mantel-Haenszel OR 0.48; 95% CI 0.45-0.51), and the association was seen across the Northeast, Midwest, South, and West.

“The underlying pathophysiological process of cardiogenic shock after STEMI is initiated by the myocardial ischemic insult leading to subsequent left ventricular dysfunction, and culminates with inadequate end-organ hypoperfusion,” they explain. “Because the critical reduction in coronary flow cardiogenic shock rapidly progresses from a reversible pathophysiology driven by a fixable mechanical lesion to an irreversible systemic metabolic state, the mortality risk is increased by the poor organ reserve of elderly patients who cannot tolerate the hemodynamic instability.”

As the researchers note in their paper, “the aging process is associated with worse kidney function, presence of comorbidities, frailty, and predilection to medication-induced adverse events. These complexities result in delays in care, and often many older adults with STEMI are not offered early revascularization when their presentations are complicated by cardiogenic shock.”

Much more clarity is still needed, the editorialists say, pointing out that the latest findings are derived from a retrospective look at medical claims and thus lack details on coronary anatomy and procedural factors. More granular information would help pinpoint patient selection. While clinical judgment is important, the analysis “supports the need for more robust RCTs in cardiogenic shock, particularly to study mechanical support devices that are currently widely used without adequate RCT data,” Navarese and colleagues advise.

Given the aging US population, the ability to address the needs of elderly patients is a key public health issue, so it’s important to think creatively about study design, they urge. “Big data” may help, drawing on such sources as administrative claim records, clinical registries, electronic health records, biometric data, patient-reported data, the internet, and prospective cohort studies. These, they write, might help to “overcome the inherent limitations of the single sources and may, in the near future, offer novel therapeutic opportunities and improved healthcare in these patients.”

Case #10: A Very Elderly Patient With Cardiogenic Shock: How Aggressive Is Too Aggressive?