Experts were not discouraged by the observational study, saying this is simply a reminder of the need for a large randomized trial—DanGer awaits. 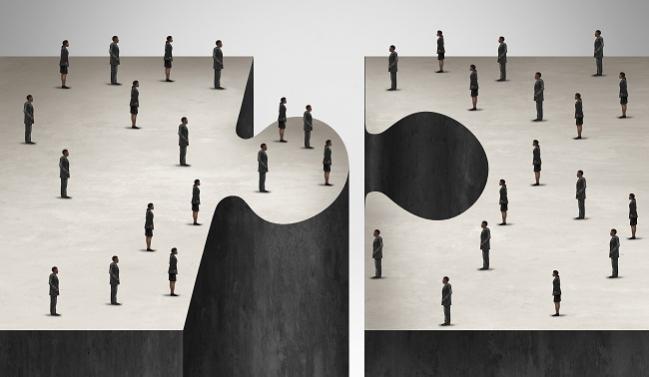 Patients with acute MI complicated by cardiogenic shock who undergo early revascularization don’t stand to gain better 30-day survival from use of the Impella device (Abiomed) compared with an intra-aortic balloon pump (IABP) or optimal medical therapy, according to a matched comparison of real-world patients and IABP-SHOCK II participants. With the device, they also experience more complications.

The findings are the latest in a series of observational reports released amid vocal cries for a randomized controlled trial of Impella in this setting. Six years in the running, the DanShock trial has recently been reinvigorated, but the field is still years away from getting that study’s full results.

Dirk Westermann, MD (University Heart Centre Hamburg, Germany), the new paper’s senior author, told TCTMD that his center has used the percutaneous mechanical circulatory support device for many years. “I’ve personally implanted Impellas, and we are probably one of the biggest Impella users in Europe,” he said, noting that the device is commonly used in Germany for acute MI complicated by cardiogenic shock (AMICS).

Yet, he noted, “there is a lack of evidence. There’s a lot of observational data out, but there is a lack of large, controlled randomized clinical trials.” Published in 2016, the IMPRESS pilot study came closest, he said, but it was halted after no benefit to Impella versus IABP use was seen among 48 patients with STEMI and cardiogenic shock.

“So we don’t have any RCT data out yet for that device and that, for us as cardiologists, is not really acceptable,” he said, as shown by the experience of IABP-SHOCK II. That trial shifted practice 5 years ago after its results, published in the New England Journal of Medicine, indicated no advantage for the then-gold-standard IABP over optimal medical therapy.

There seems to be not a benefit when you use it as an all-comers strategy. . . . This is a very strong call for an RCT. Dirk Westermann

The investigators looked at 372 patients with AMICS who were treated between July 2007 and December 2017 at 13 European centers. All met IABP-SHOCK II inclusion and exclusion criteria. These were matched against IABP-SHOCK II patients (for gender, age, use cardiopulmonary resuscitation, lactate level, ejection fraction, and use of ventilation), resulting in 237 matched pairs.

Impella use resulted in higher rates of severe/life-threatening bleeding and peripheral vascular complications, but Westermann characterized the results as “neutral,” noting that the increase in complications in Impella-treated patients did not translate into higher mortality.

In terms of next steps, he said the investigators want to look into whether various subgroups might derive benefit with Impella. So far, there’s been no evidence of that here, Westermann added. “There seems to be not a benefit when you use it as an all-comers strategy. . . .This is a very strong call for an RCT.”

DanShock, now referred to as DanGer, since Germany has joined the trial along with Denmark, will hopefully provide some guidance, at least on how to treat the segment of STEMI patients with increased lactate level, Westermann predicted. It also remains to be seen whether a comprehensive strategy, like the National Cardiogenic Shock Initiative (NCSI)’s algorithm, is key to producing good outcomes, he added.

William W. O'Neill, MD (Henry Ford Hospital, Detroit, MI), principal investigator for the NCSI, pointed out to TCTMD that the study by Schrage and colleagues paints a picture of the early days with Impella for acute MI cardiogenic shock in Europe, paralleling the survival rate of around 45% that had been seen in the United States. “I think it’s a great start,” he commented.

Exactly how good the results can be is a “moving target,” with the latest US data showing a survival rate of 78%, O’Neill said. “What we’re finding is that as physicians get more experienced, they put the Impella in sooner and they use right heart catheterization systematically for monitoring, the outcomes are improved.” It’s hoped that eventually the survival rate will hit 80%, he added. Also, “as the sites become more experienced and they routinely use [Perclose] and other closure devices, the rates of complications are going to really drop a lot.”

Seth Bilazarian, MD, chief medical officer of Abiomed, also speaking with TCTMD, said that continuing to gather observational data is worthwhile. “I think the desire to collect data and present data is very important because the clinical community is really eager to have more evidence and more understanding of how best to treat patients,” he said.

This paper, he said, “shows that the older way of doing things—patients were treated as far back as 2007, so 11 years ago without what we now know are best practices—didn’t have the kind of results we’re seeing in the National Cardiogenic Shock Initiative.”

Impella’s not alone in needing years of experience to develop the best strategies for use, he said, giving the example of stents. “When stents first came out, we didn’t really understand it was important to use high-pressure inflation and dual antiplatelet therapy and to optimize sizing; patients had restenosis and stent thrombosis,” Bilazarian commented. “Now, that’s considered to be the standard of care—we wouldn’t now compare nonuse of those best practices to current best practices.”

O’Neill believes the field has only recently matured to the point where an RCT of Impella is feasible. As he put it, “if you’d done a randomized trial of angioplasty versus bypass in 1977, you would’ve completely lost.”

All of the moving parts involved in optimizing Impella—including the need for appropriate aftercare in the ICU—are also the things that make it difficult to conduct a trial, Bilazarian noted. Ahead of the DanGer results, “physicians will have to continue to use other data sources while we wait for this. But I now think that we’ve learned best practices—not that we’re going to stop learning, but at least the technology and use of the technology has matured enough to allow a proper evaluation.”

With DanGer not slated to wrap up for another 3 or 4 years, it’s an open question how patients should be treated in the meantime. O’Neill says this is why the NCIS was developed. “We have about 100 centers in the United States right now that are treating patients with a systematic protocol and the survival is significantly improved,” he commented.

For his part, Westermann said that the lack of randomized data and the mixed results from observational studies have given him pause. For now, “I will look into my patients even more and decide on a personal level whether I will use that device or not,” he said, rather than using Impella across the board. He’s eager, however, to participate in DanGer.

Impella Use in Acute MI and Cardiogenic Shock: Clues From US Registry Data