Penumbra Separator 3D: Another Brick in the Wall Supporting Aspiration for Acute Stroke

In the trial, a strategy combining Penumbra’s 3D stent retriever with aspiration was noninferior to aspiration alone. 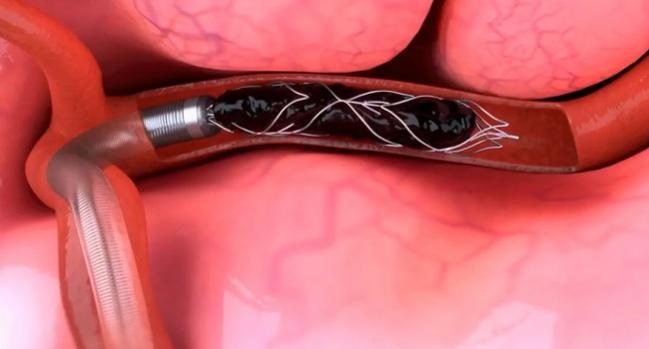 Pairing a stent retriever with an aspiration system is not inferior to aspiration alone in patients with acute ischemic strokes caused by large-vessel occlusions (LVOs), according to the now-published results of the Penumbra Separator 3D trial. Experts say that finding strengthens the case for aspiration alone as a viable treatment option for these patients, but that it also leaves the door open for one approach to trump the other in specific scenarios.

The trial, which demonstrated similar safety and efficacy using either the Penumbra’s 3D stent retriever plus aspiration or the company’s aspiration system alone, was initially presented in July 2016 at the Society of NeuroInterventional Surgery meeting and provided support for the April 2017 approval by the US Food and Drug Administration. The results were published online January 2, 2018, ahead of print in JAMA Neurology by a group led by Raul Nogueira, MD (Emory University, Atlanta, GA).

Speaking to TCTMD, senior author Adnan Siddiqui, MD, PhD (University at Buffalo, NY), noted that the publication of numerous randomized trials starting in February 2015 induced a “cataclysmic change in philosophy” in terms of treating acute stroke by demonstrating the safety and efficacy of mechanical thrombectomy, mostly with stent retrievers. Guidelines from the American Heart Association/American Stroke Association have been updated to reflect those findings , and now provide a class IA recommendation for use of stent retrievers in select patients with LVO strokes.

While stent retrievers were taking over the interventional stroke world, however, some operators were already deploying large-bore aspiration catheters before stent retrievers and finding that that strategy alone—which came to be known as the direct aspiration first pass technique (ADAPT)—could be effective.

The Penumbra Separator 3D trial represents another brick in the wall of evidence supporting aspiration alone for patients with LVO acute ischemic strokes, joining the ASTER trial in showing that the approach provides results similar to those obtained with stent retrievers, Siddiqui said. He noted that a third trial— COMPASS—has completed enrollment and that results will be presented at the International Stroke Conference later this month.

“I don’t have results for that yet, but I’m optimistic that it’s going to show the same thing as the ASTER and 3D [trials]—that these are equivalent technologies,” he said. If this proves to be true, there will be enough evidence to support a class I recommendation for aspiration alone alongside stent retrievers, Siddiqui added. “Evidence supports all approaches.”

In the Penumbra Separator 3D trial, conducted at 25 North American centers, 198 patients (56.1% women) with LVO strokes were randomized to a combination of the 3D revascularization device and Penumbra’s aspiration system or to aspiration alone. Roughly two-thirds of patients also received IV thrombolytic therapy.

The primary effectiveness endpoint was modified TICI grade of 2 to 3 immediately after the procedure, which was achieved in 87.2% following treatment with both the stent retriever and aspiration and in 82.3% following aspiration alone. The difference met criteria for noninferiority.

Other measures of effectiveness were similar in the two groups, including the proportion of patients who had a 90-day modified Rankin Scale score of 0 to 2 (45.3% vs 45.8%). There were no differences in good clinical outcome at 30 days or mortality or good neurologic outcome at 90 days.

The primary safety endpoints were device- and procedure-related serious adverse events at 24 hours, and rates of those—as well as symptomatic intracranial hemorrhage—were comparable in both groups.

“These findings suggest that primary stent retrieval with aspiration and primary aspiration alone may be reasonable initial strategies for revascularization during mechanical thrombectomy for LVO causing [acute ischemic stroke],” the authors write. “Aspiration as a primary treatment modality may acquire greater significance if the initial studies suggesting that aspiration alone may be a more cost-effective choice as frontline therapy are confirmed.”

In an accompanying editorial, Diederik Dippel, MD, PhD (Erasmus MC University Medical Center, Rotterdam, the Netherlands), who raises some questions about the design and statistical aspects of the study, says: “Taking all currently available evidence together, these results suggest that aspiration-assisted stent thrombectomy and aspiration alone do not seem to outperform each other. Further studies should make clear in which cases aspiration or aspiration-assisted stent thrombectomy should be preferred.”

Catheter Kerfuffle: How Concerning Is Off-Label Use in Stroke Interventions?

Penumbra Stent Retriever Recalled Due to Potential for Wire to Break, Separate