Stroke risk related to the new arrhythmias was “minimal,” and atrial fibrillation duration tended to be short and to resolve spontaneously. 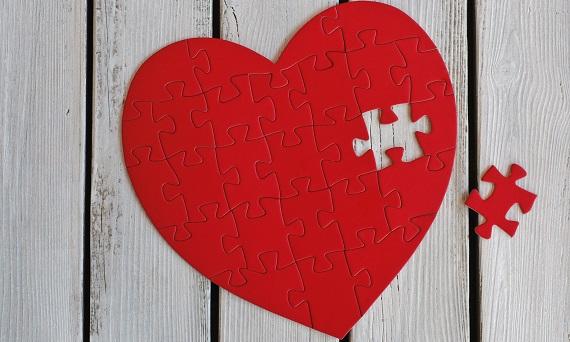 Patients with cryptogenic stroke or migraine who undergo patent foramen ovale (PFO) closure are at a fourfold increased risk of new-onset A-fib compared with controls, according to a meta-analysis. However, these events generally appear early and tend to resolve without recurrence.

Prior studies of PFO closure have found an increased risk of new-onset A-fib following the procedure as high as 3.3%, but given its proven success in reducing recurrent stroke, new guidelines are now being published—the first intra-societal consensus was released last month—recommending closure in select patients with cryptogenic stroke.

For the meta-analysis, published online ahead of print last month in EuroIntervention, Akram Elgendy, MD (University of Florida, Gainesville), and colleagues included 3,924 patients with either cryptogenic stroke or migraine from eight randomized trials of PFO closure. The overall prevalence of A-fib with no documented recurrence in the population was 76% in the PFO group—each episode either resolved spontaneously or with cardioversion.

At a mean follow-up of 2.8 years, patients who underwent PFO closure were more likely to have A-fib than were controls (3.2% vs 0.47%; P < 0.001). In both random- and fixed-effects models, PFO closure was associated with a 4.3- and 3.9-fold higher risk of new-onset A-fib (within 45 days), respectively, compared with control (P < 0.001 for both). This finding was maintained in a sensitivity analysis eliminating trials that used the now-defunct STARFlex device (NMT Medical), but not when the analysis was limited to trials that used the Amplatzer PFO Occluder (St. Jude Medical).

In an email to TCTMD, Elgendy and senior author Bernhard Meier, MD (University Hospital Bern, Switzerland), said they had anticipated both that the risk of stroke presumed related to A-fib would be low “because of its usual short duration and self-limitation” and that all closure devices would be associated with increased risk of new-onset A-fib. “However, we did not anticipate that the Amplatzer PFO Occluder apparently has a lower propensity for causing A-fib than other devices,” they wrote.

It is important to note, based on these findings, that early new-onset A-fib following PFO closure “is distinct from A-fib in the elderly requiring chronic oral anticoagulation to curb the stroke risk,” Elgendy and Meier said. “Prior to planning on PFO closure, we have to discuss with our patients the benefits and risks of the procedure, including the common sensations of supraventricular palpitations by local irritation by the device for a few weeks and their rare deterioration into A-fib. This study will reassure our patients regarding the only minimal risk of suffering a stroke should A-fib occur.”

They would like to see future research address the “underlying potential risk factors that might lead to the development of post-PFO closure A-fib. But this is not a pressing issue, because A-fib is a bane of PFO closure not significantly impacting the net yield.”

The Multifaceted Etiology of Stroke: Focus on Atrial Fibrillation and PFO